End of May I passed my one year mark of living in Hong Kong. There were ups and downs, excitement and confusion, culture shocks and happiness. In the end, it has been one great learning challenge and I wouldn’t want to miss any second.

When I think about Hong Kong there are many things that come into my mind. The impression I have of Hong Kong now is very different to the one before I moved here. My perception of Hong Kong has completely changed throughout the moths and I absolutely love that I am able to understand Hong Kong and its people more and more. It still is a very different culture and I dare to say that it is almost impossible for a western mind to completely grasp the emotional and intellectual world that Hong Kongers live in and for. However there are some major misconceptions that many people have of Hong Kong and I would like to dispel the myths.

Hong Kong is a very attractive destination in terms of vacation planning. You can do some sightseeing in this lively city for 3-4 days and then head out to one of the neighbouring countries like the Philippines or Vietnam for some time at the beach. At least, this is what most of our family and friends did. Why just going to Thailand if you can do a quick stopover in Hong Kong. Aside from the fact that Hong Kong is an 11-14 hour flight away from Europe, we had so many visitors as never before. Lucky us because I really miss my friends and family and love them having here with me. So, when people visit us they bring lots of questions and surprisingly we usually get the same questions aka misconceptions about Hong Kong. 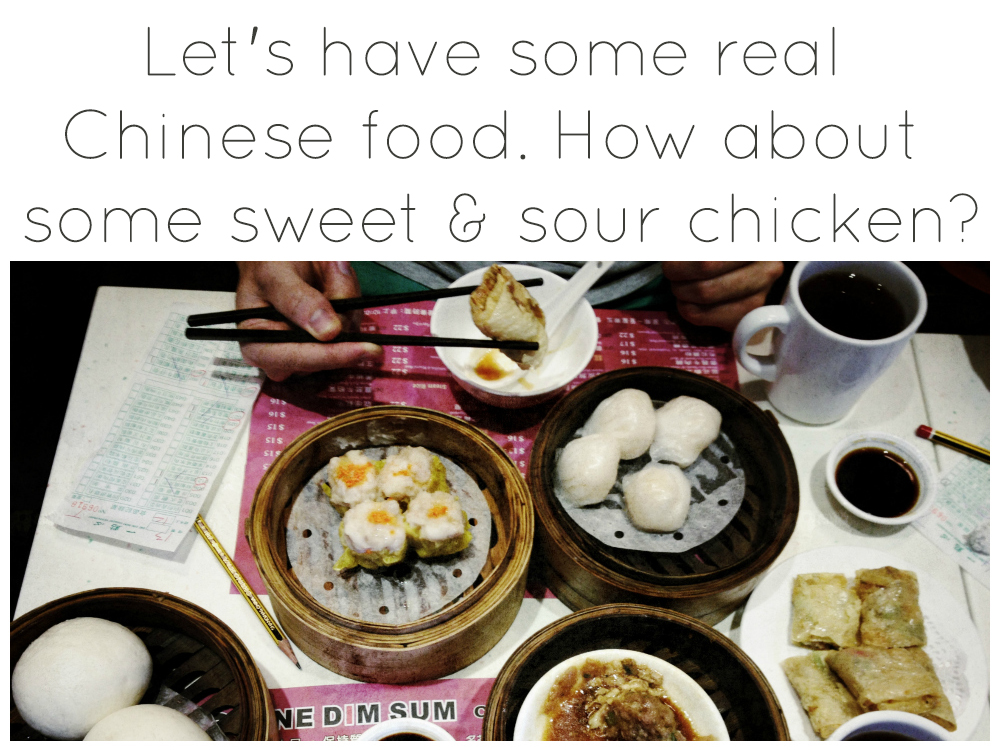 I am sorry to disappoint but the sweet and sour pork or chicken dish is a European/ American invention. Only foreigners find and eat it in Hong Kong but you’ll never see it on the menu of a proper Chinese restaurant. But don’t despair, there are so many other delicious food options. Hong Kong houses more than 10.000 restaurants and it would take you up to 30 years to dine out at every restaurant. My favorite Hong Kong food is Dim Sum. When in Hong Kong don’t miss out on the tasty dumplings at One Dim Sum (picture above) which is a one star Michelin Star restaurant and where a meal doesn’t cost you more than 50 HKD. 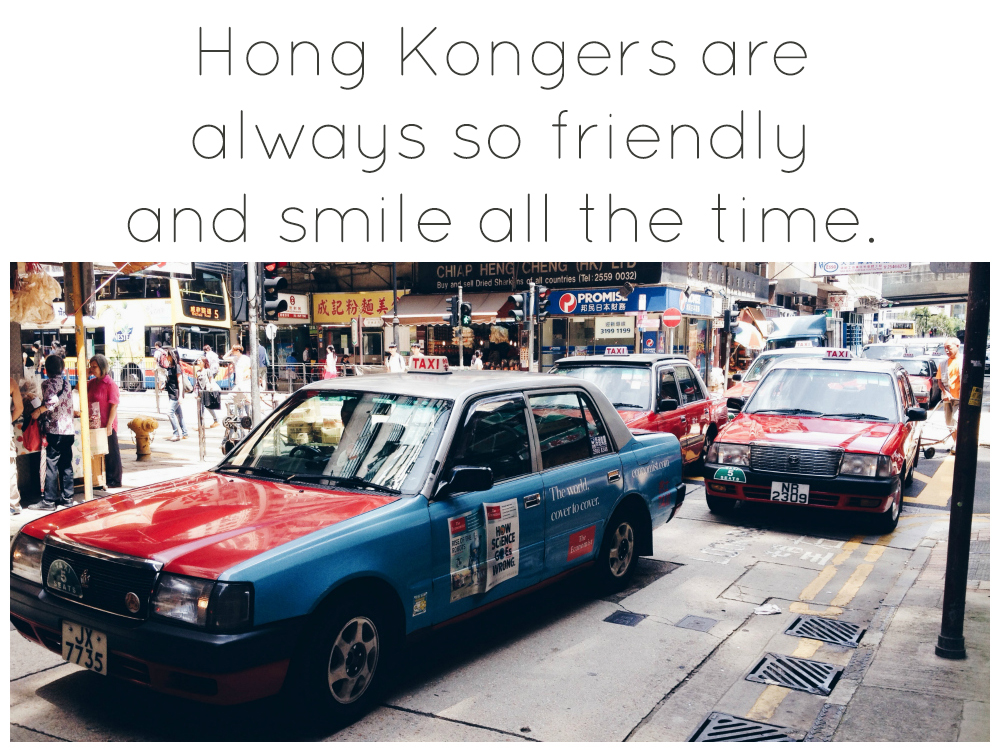 Yes, most of them are but then there are taxi drivers. In general, taxis in Hong Kong are metered, clean, cheap and an easy way of transportation. It is no secret that at least 50% of Hong Kong taxi drivers are rude. They’ll (illegally) ask you where to go before you get into the taxi and would reject you if the distance or destination wasn’t to their liking. Or if you already entered the taxi they ask you to leave again. In that case or in any other case they would swear non-stop until they reached your destination. They would also take the long way and eventually drop you off at the wrong place and insist that it is correct. BUT I still love HK taxis as they are so cheap and there are so many that you usually get one when you need it. In the end , it is a luxury and if I ever move back to Europe I will miss it. 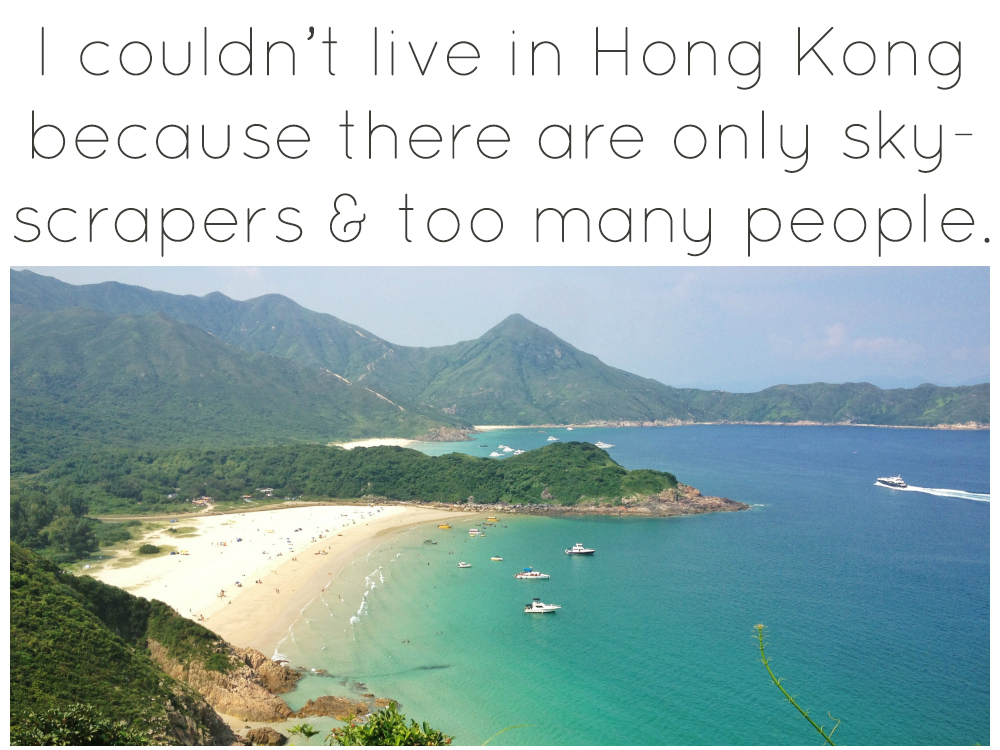 Right and…wrong. Yes, the streets are more crowded than in Munich or Berlin and yes, Hong Kong has the highest density of skyscrapers. My mum recently told me that living in Hong Kong is like moving the world’s population to France and Germany  alone. Seems pretty crowded to me and I highly recommend NOT to visit Mong Kok (Hong Kong’s most dense neighbourhood) on a Sunday afternoon. But when I get the question “What’s your favorite thing about Hong Kong” my answer is and will always be “The nature”. Usually I get a surprised look but did you know that Hong Kong consists of more than 230 small and big islands and is home to beautiful beaches and jungly hiking paths?  I just love the contrast, one minute you are in the middle of shopping malls, an exhaustive dining scene, high and modern buildings, crowded places and noisy streets and a 30 min ferry ride later you hear birds and have your feet in water and look over an empty white beach. 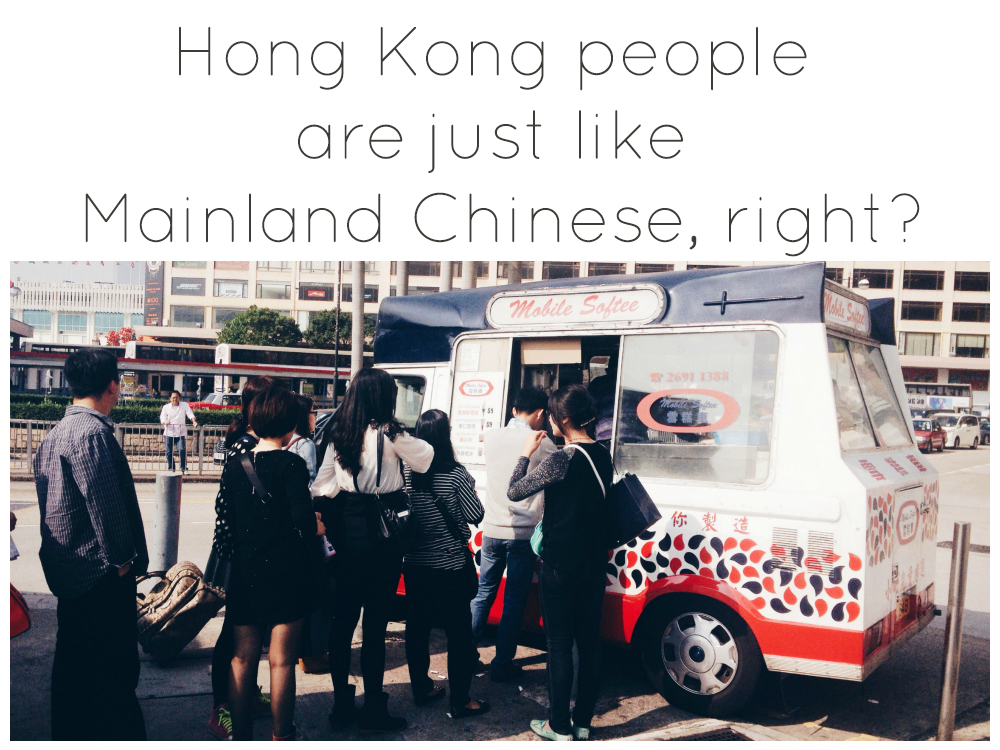 NO! And never say this to a Hong Konger, they might get upset. It’s like saying Americans and Canadians are alike. Sure, they are right next to each other but each of them has their own culture. Before I came to Hong Kong I thought that I could never tell a Hong Konger and a Mailand Chinese apart. Believe it or not but it took maybe two weeks. First of all, Hong Kong people are not what you expect them to be. They don’t spit on the street or make other unpleasant body noises. They don’t push and shove but stand in line for almost everything (waiting for the bus, waiting to get on the escalator, waiting to buy ice-cream). They even speak two different languages, Cantonese and Mandarin. And they are a pretty quiet and reserved crowd. Considering that there are sometimes hundred of people in one underground station it is surprisingly still. Until the Mainland Chinese come. Of course, this doesn’t apply for all Chinese and I know many Chinese that engage in a different behaviour and lifestyle. Quite often however, you can recognise Mainland Chinese by the sheer volume of their voice. Did you know that recently the Chinese government created a kind of travel guide for Mainland Chinese visiting Hong Kong. In there it actually states that Hong Kong people don’t yell at each other when talking and prefer to have quiet conversations. I think by now you get my point, no Hong Kong people and Mainland Chinese are not alike. 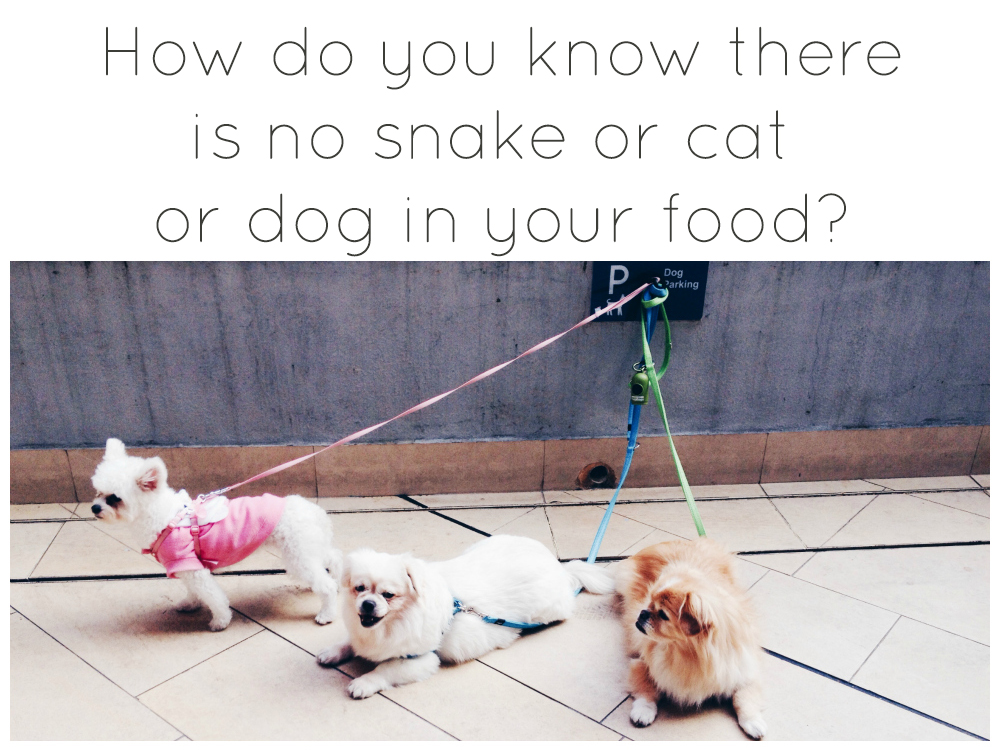 I love this question yet time after time I am surprised that people still assume that Hong Kongers and Chinese people regularly eat snake or dog or cat. Of course, the Chinese cuisine is very different from any Western cuisines and we all heard stories about people eating the brain of a living monkey. Personally I think this is gross and I would also never try snake or dog or cat. But be assured that this will probably never happen by accident because you would know only by looking at the price tag. Snake such as is a speciality and not so easy to find in Hong Kong. I have never heard of a place that offers dog meat but usually these places advertise heavily and you would notice immediately. Also dog meat doesn’t come from stolen puppies but these dogs are raised on a farm similar or cows and pigs. So, don’t be afraid to bring your dog to Hong Kong. It is not the dog-friendliest city in the world but nobody will try to eat your doggy.