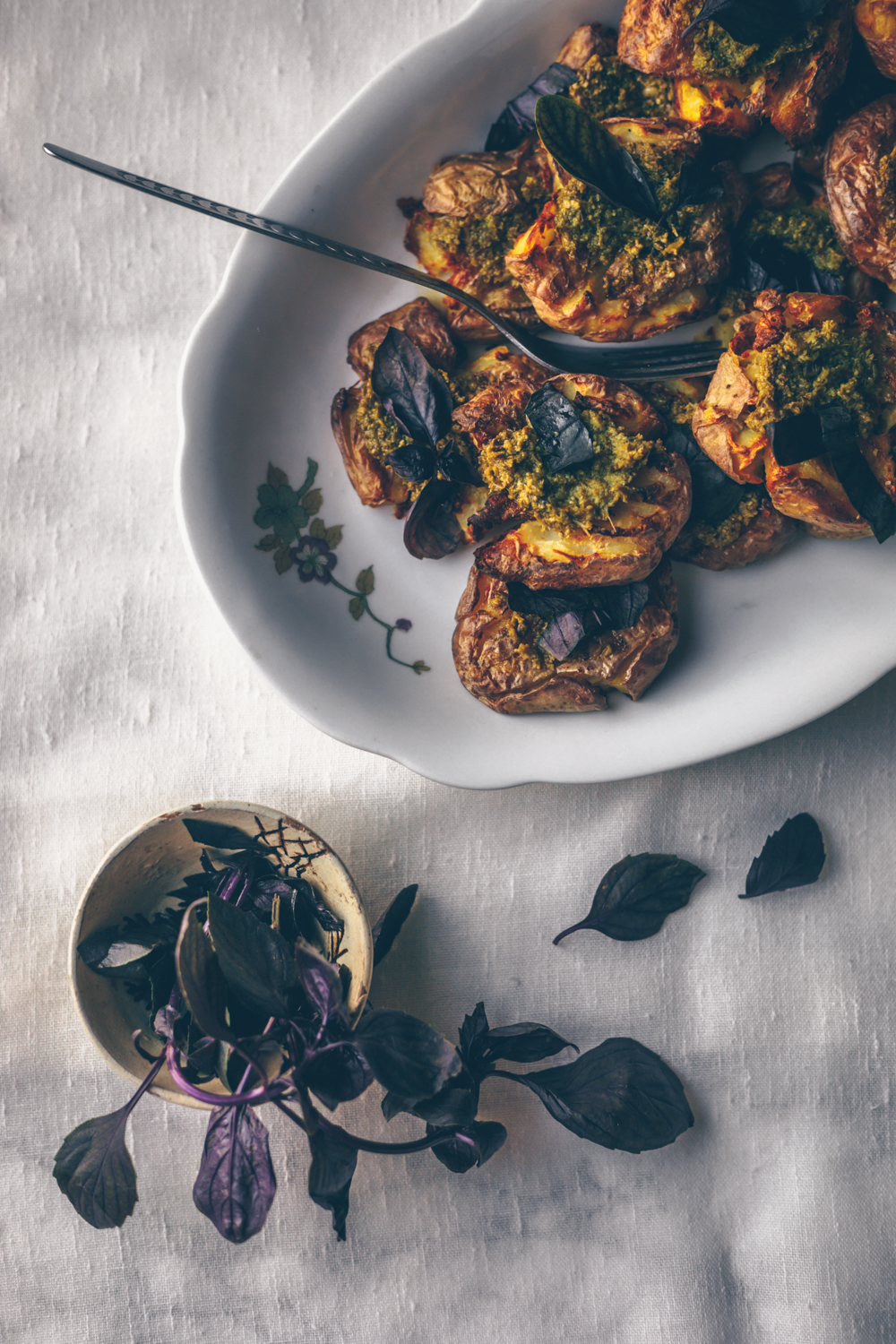 I just got back from a wonderful weekend spent in England. Without internet, no cell phone and no laptop. Instead we spent lots of time outside, hiked up and down the hilly and absolutely stunning Jurassic Coast, ate Scones and pub food, photographed the wind and were woken by the sound of horses. I had initially planed to work on this recipe for Smashed Roasted Potatoes during our weekend trip but luckily (in hindsight) I forgot my external hard drive with the pictures on it.

And since I didn’t have anything to edit then and no recipe to write about I thought why not turn off my laptop completely. And while I’m at it, a cell phone break doesn’t sound too bad either, right? No sooner said than done. And so I spent three full days without any connection to the online world and simply enjoyed spending time with friends and being outside in the nature. I now feel mentally recharged again. I still need a few more nights of good and long sleep because getting up at 4.45 a.m. to catch the sunrise was worth it but didn’t help much with my tiredness I experienced the last couple of weeks.

But then again, being tired and outdoors is probably the best scenario. Compared to being tired and working in front of your laptop inside all day. Like I did today because it’s Monday again and as usual, the weekend passed by too quickly. That’s life. It’s not always rosy but when it is, it probably involved Smashed Roasted Potatoes. 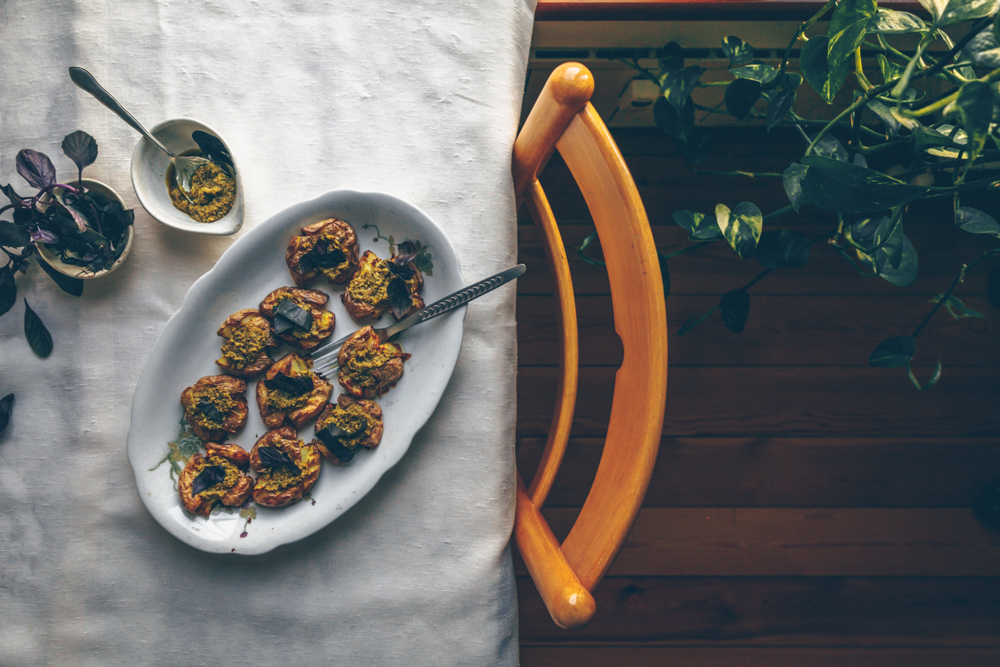 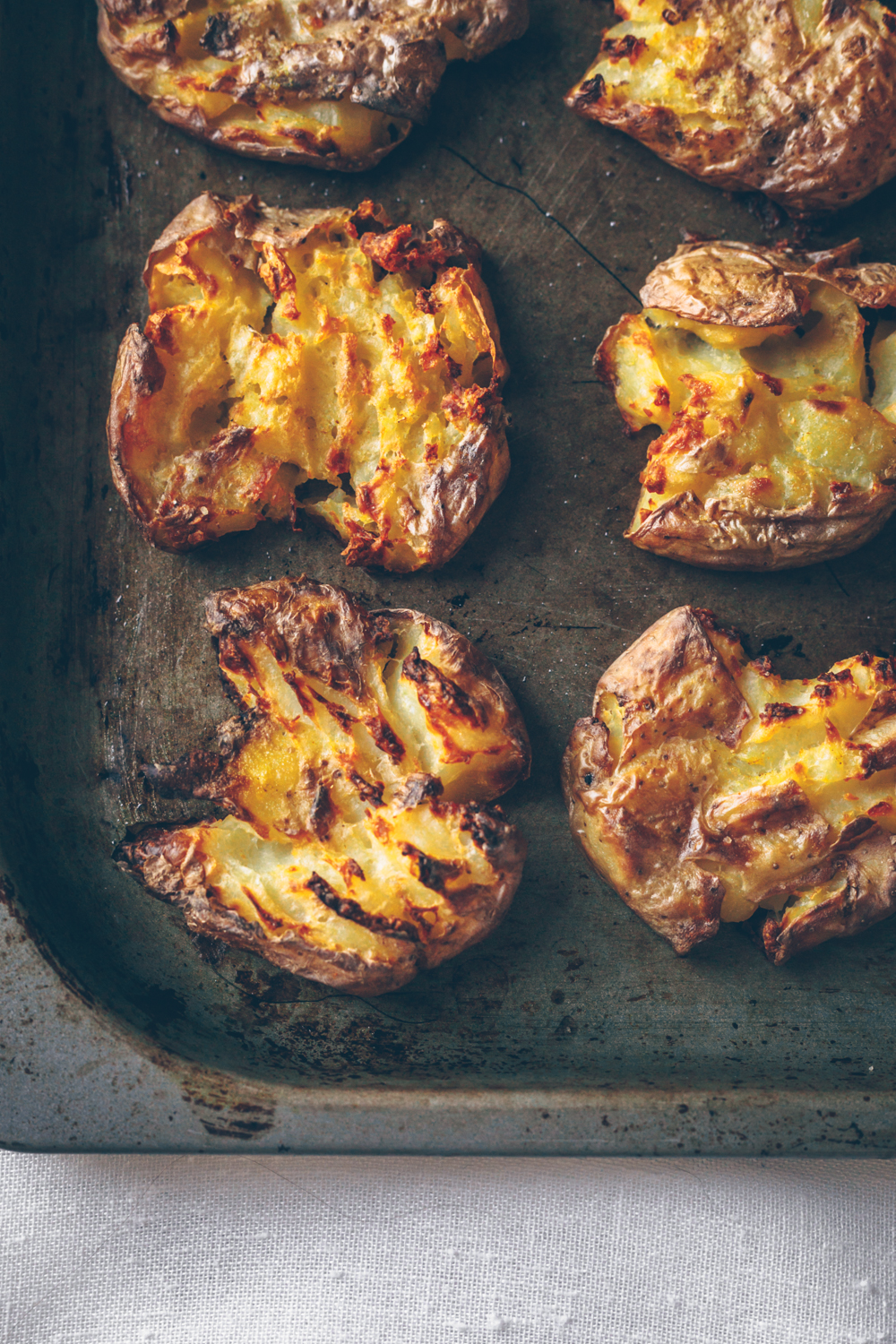 Now this is one of the simplest and easiest recipes I have ever posted on the blog but it is also definitely one of the tastiest. Some call it the best potato recipe since French Fries. Some even go as far and claim it’s the best food invention since a while. I just think it’s quite impeccable. Super crunchy and crispy on the outside, soft and moist on the inside. It’s said to be invented in the States, probably like many scrumptious foods that are crunchy on the outside and soft on the inside.

This Smashed Potatoes recipe is served with pesto but you can basically add whatever you feel like. Load it with bacon or sour cream, cheese and spring onions or parmesan and garlic. Your options are endless for Smashed Roasted Potatoes. 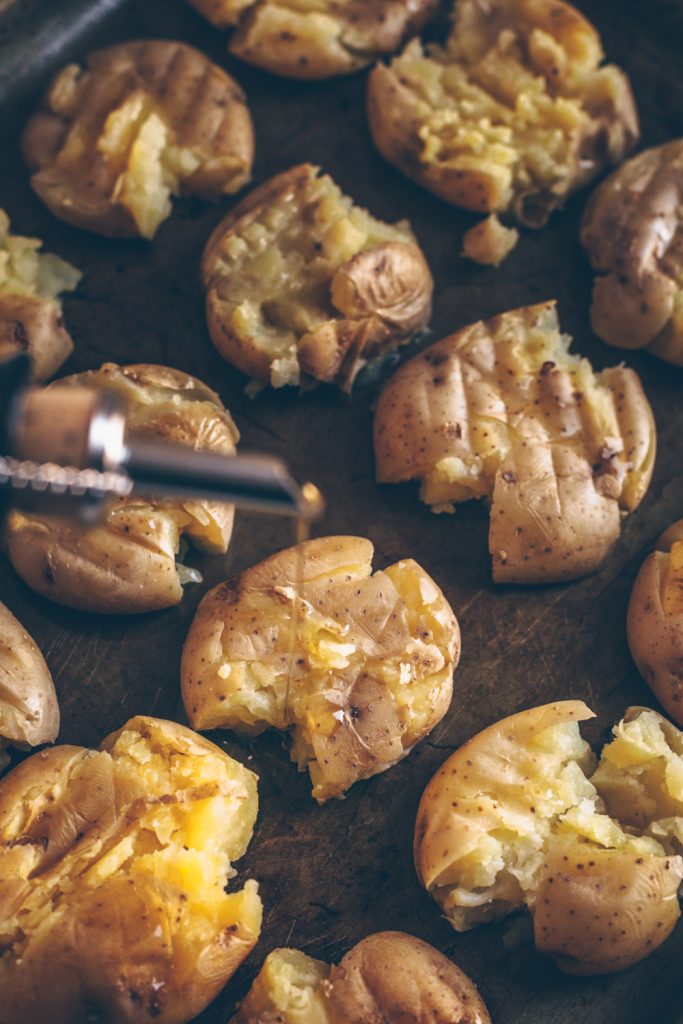 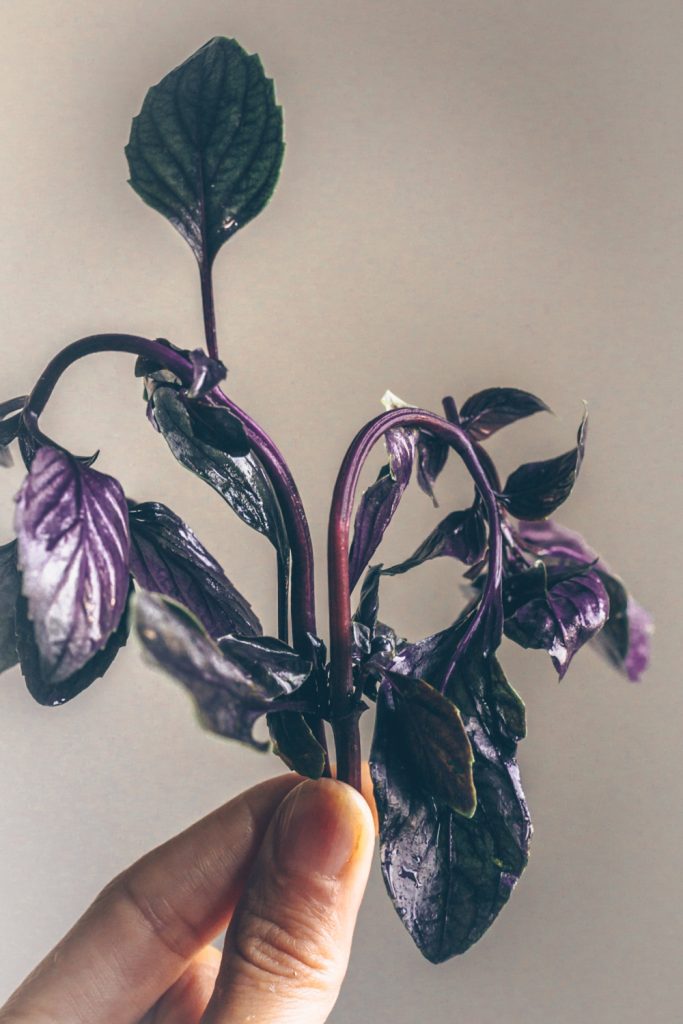 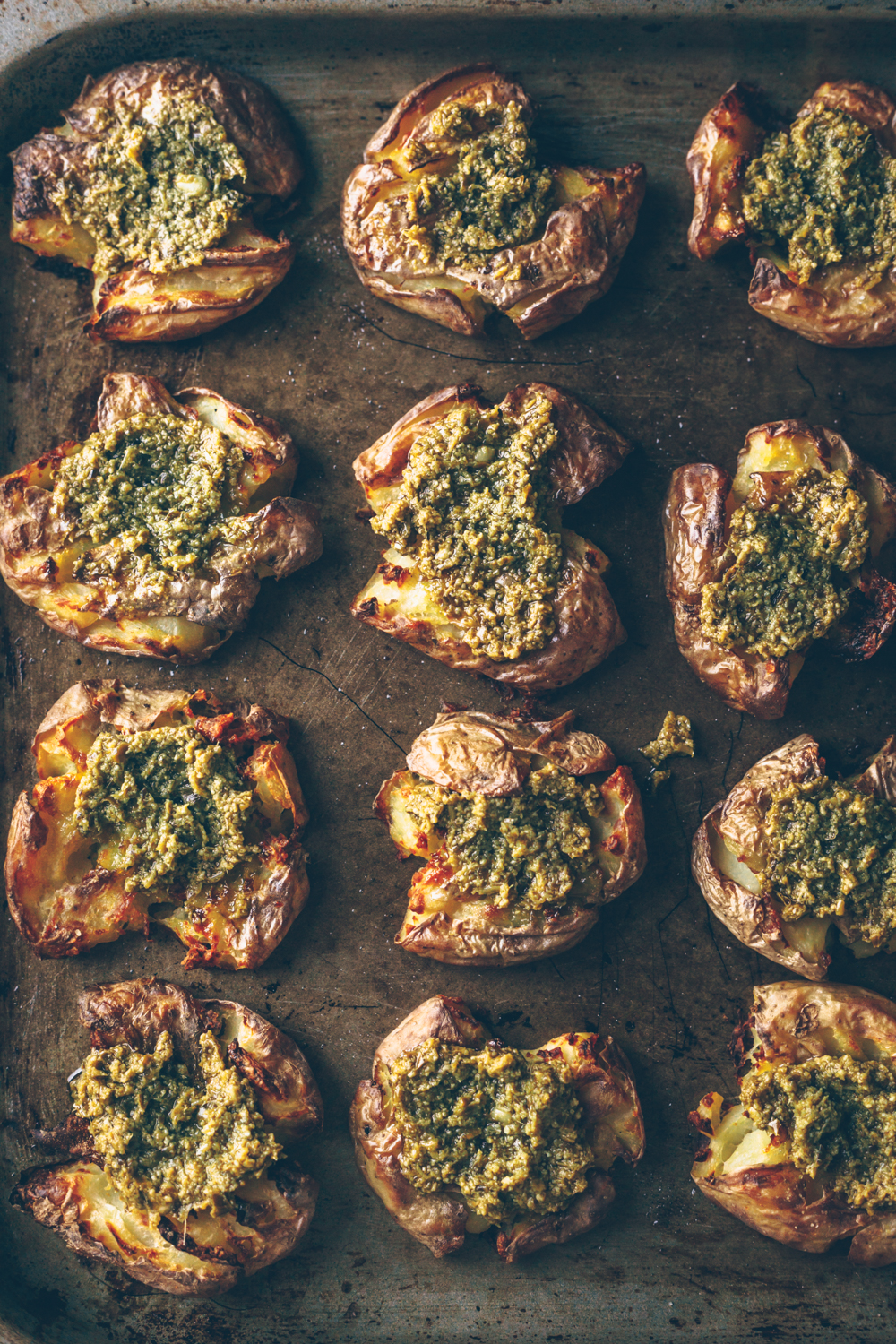 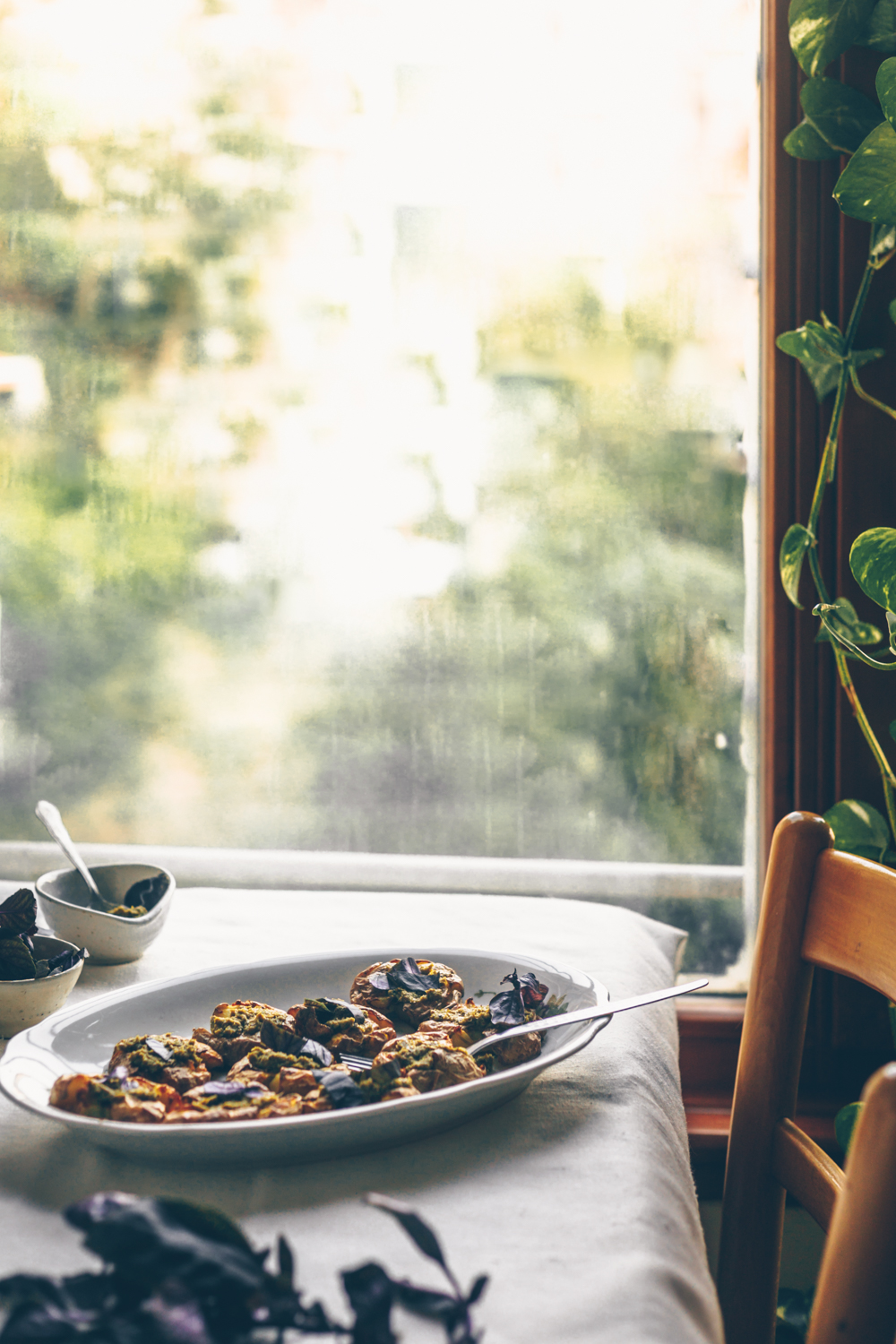 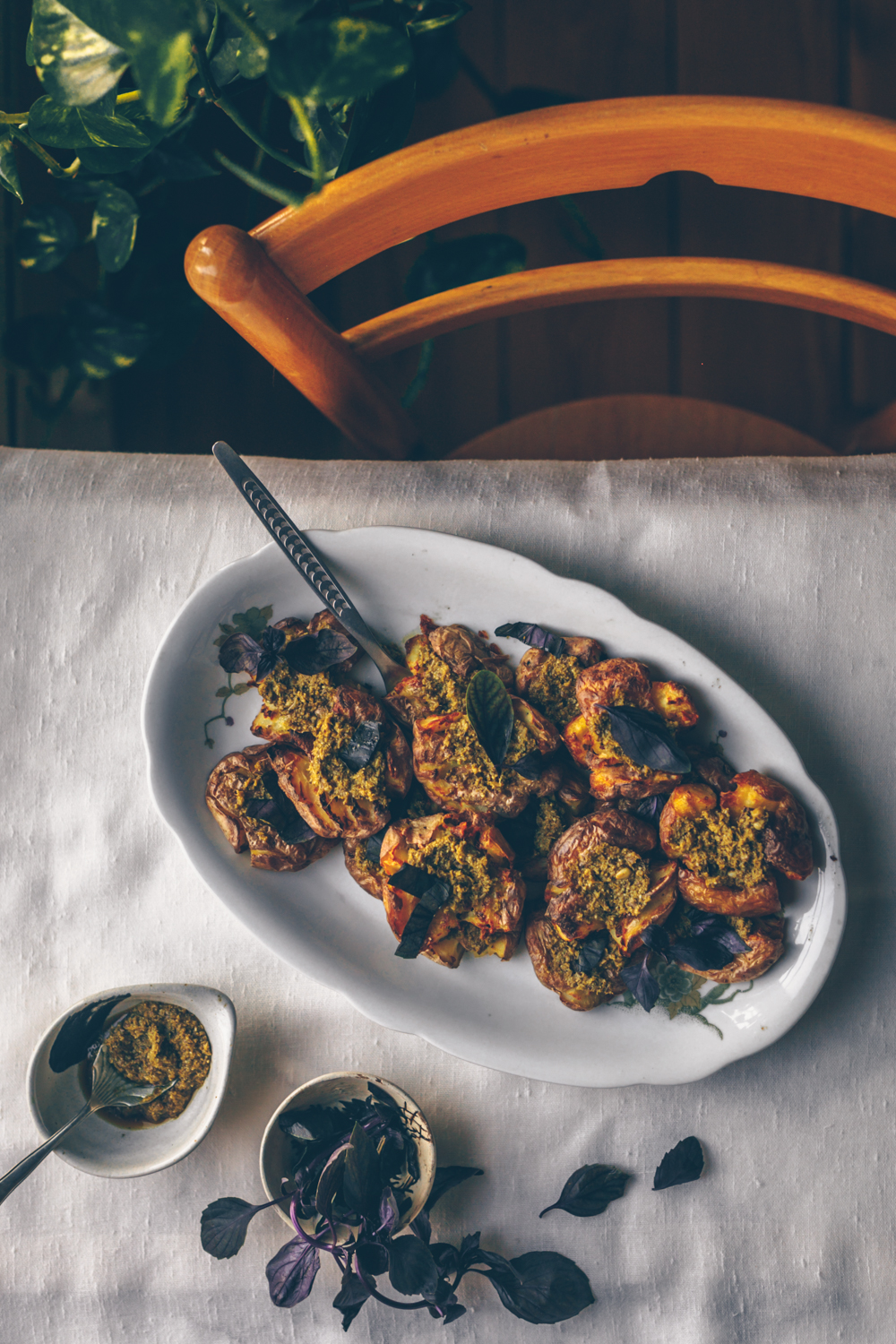 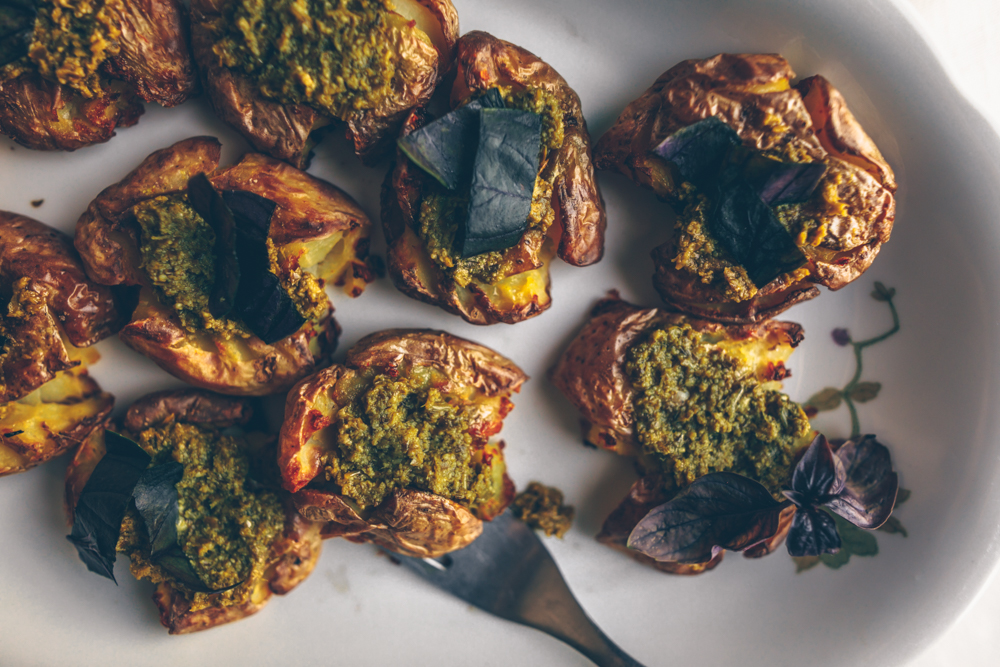 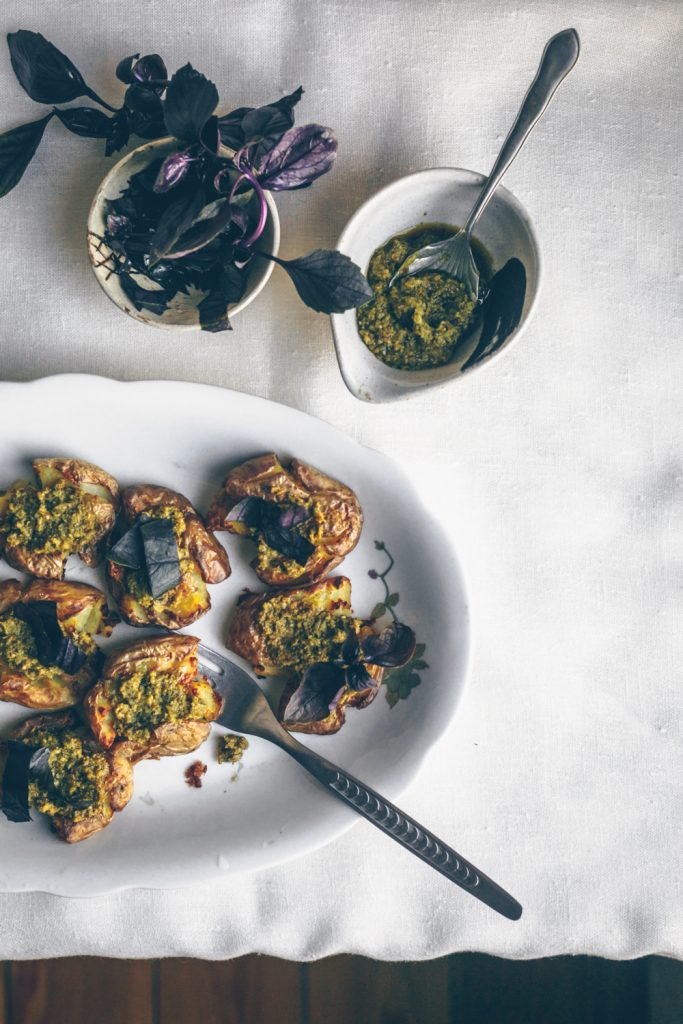 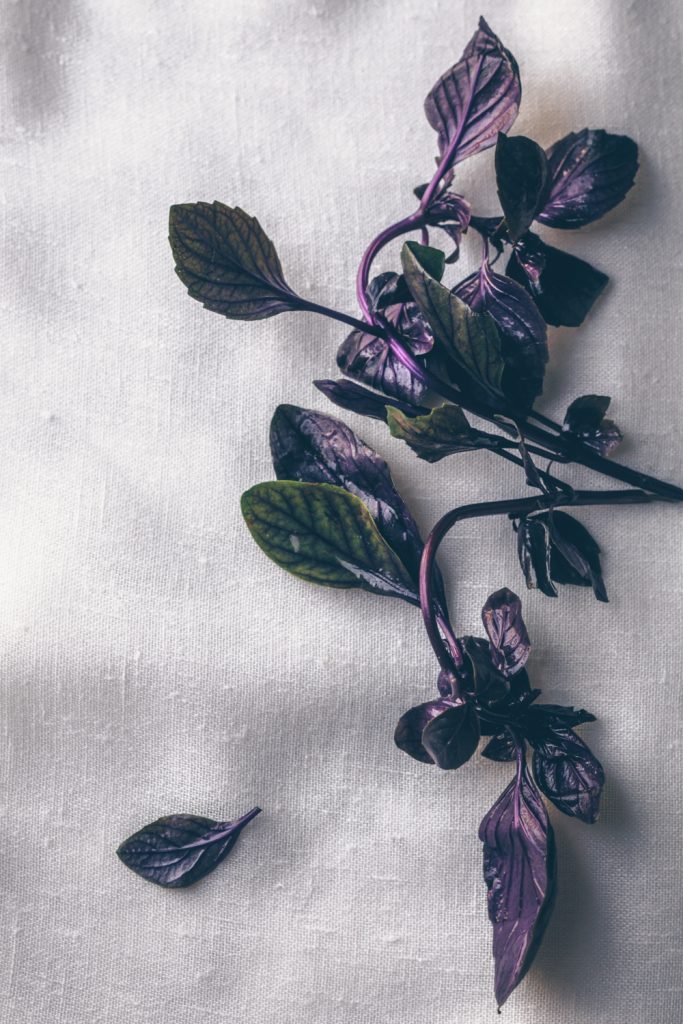 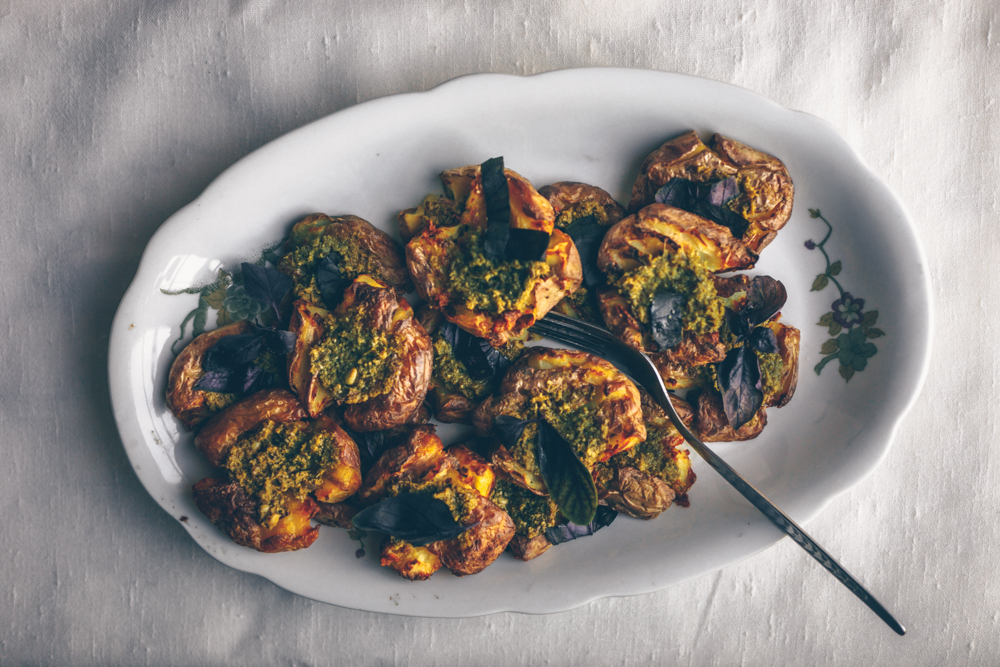