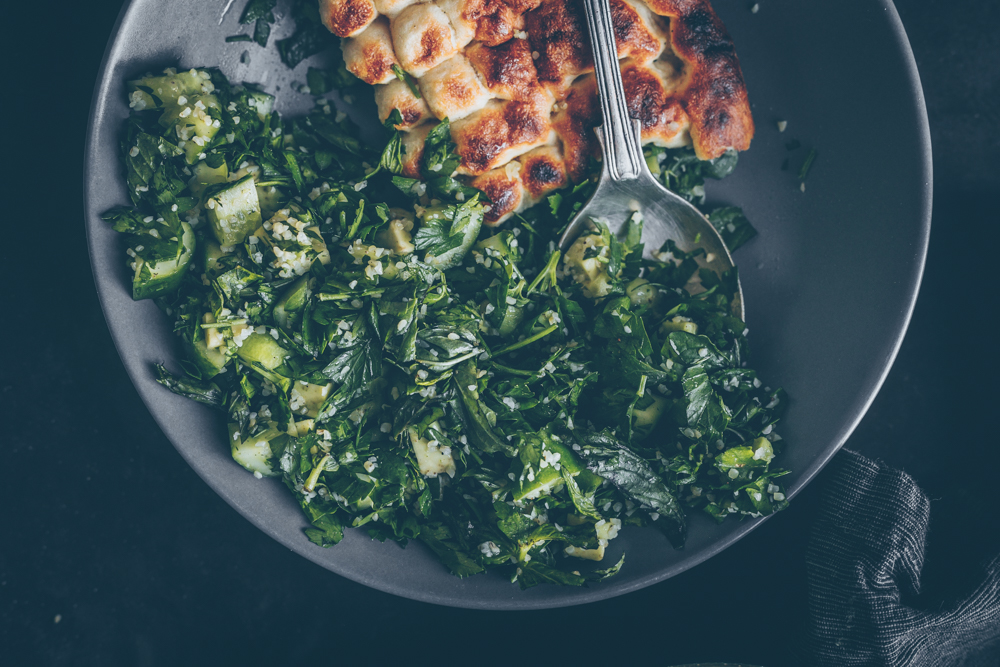 Yap, I’m slightly obsessed with Middle Eastern flavours these days. From Oriental Rice Porridge to Middle Eastern Pasta with Yoghurt and now Arabic Green Tabouleh Salad. As we finally have beautiful produce appearing on the markets in Istanbul again, I want to make full use of it. You might have also noticed that I did not name my recipes by country but rather regions. It’s because recipe like Tabouleh are from the Levant region and not like most people think from Israel or Lebanon. Levant more or less covers parts or the whole states of Cyprus, Egypt, Iraq, Israel, Jordan, Lebanon, Palestine, Syria, and Turkey. So it’s difficult to specify the exact origin of Tabouleh.

The only things that is for certain is that Tabouleh (or Tabbouleh) made in the Middle East is very different from the Tabouleh I got to know in Europe. That said Tabouleh was mainly made with lots of couscous and bulgur, some tomatoes and cucumber and a few pieces of parsley. However the Arabic Tabouleh is 95% parsley, herbs and some vegetables. And 5% bulgur. It’s refreshing, full of aromatic flavours and a beautiful salad to serve with bread, hummus and some roasted veggies.

Although my Tabouleh recipe is not 100% authentic as I omitted the tomatoes and onions and instead added cucumber and avocado, it’s still very close to the real deal. To the salad I’ve eaten over and over again in Turkey and was wondering what it might be called. Until I realised it’s a dish I had already known for years. But that tasted and smelled very different from my version back home. And this is yet again another reason why travelling and exploring different cultures are only enriching you life. 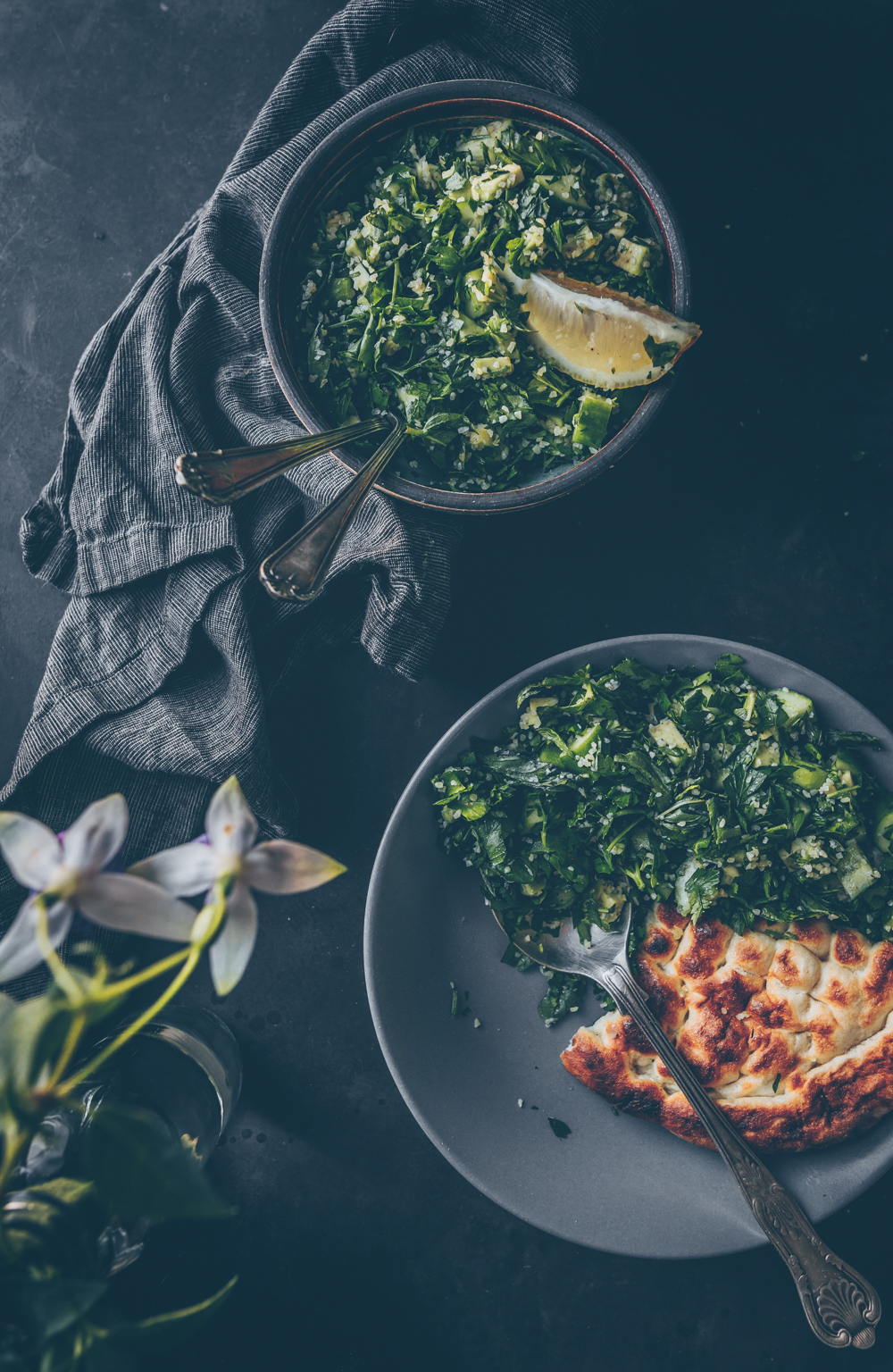 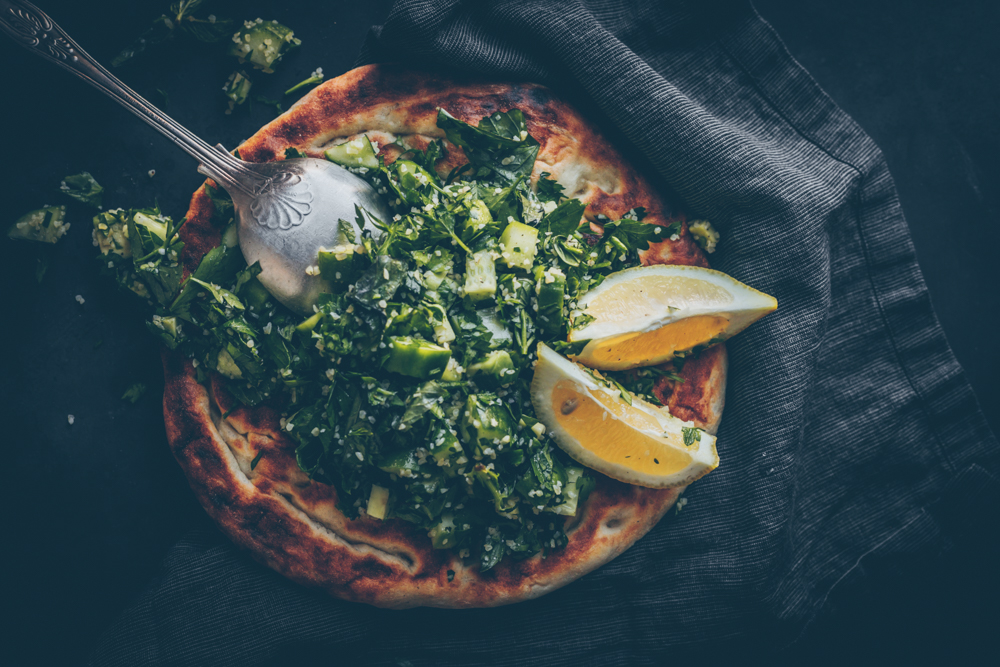 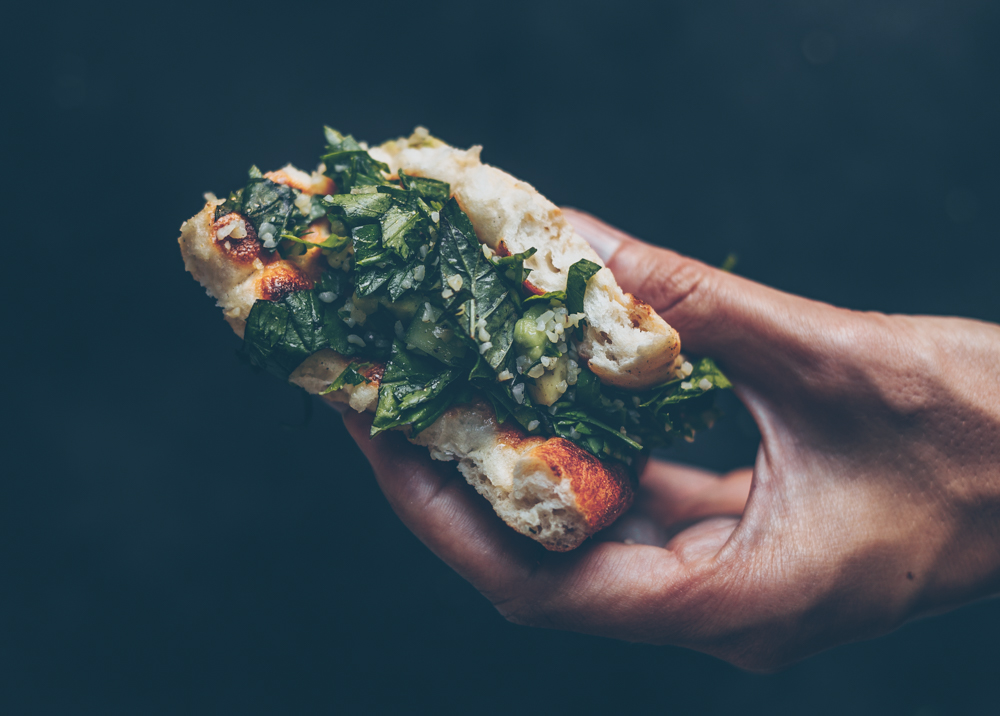 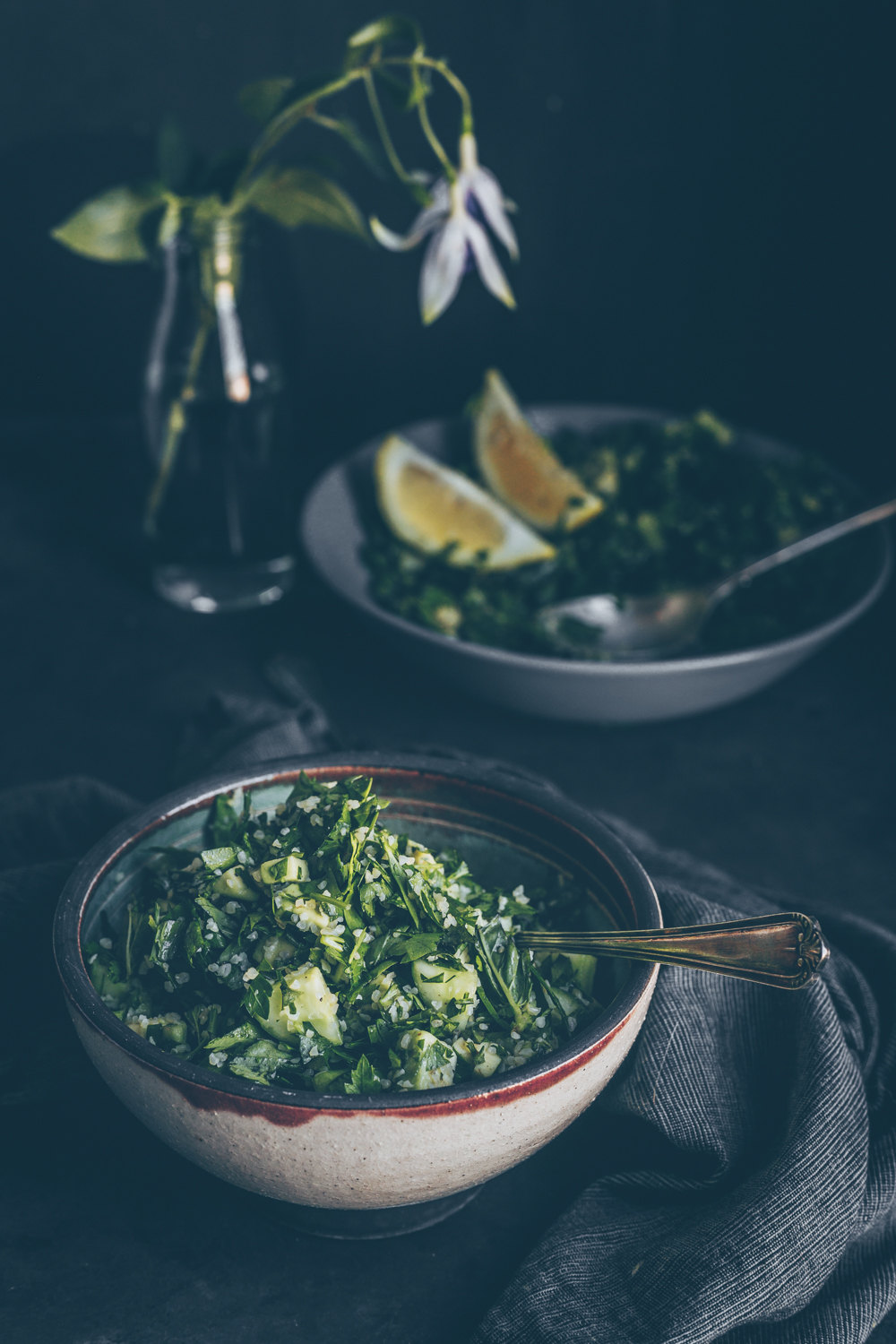 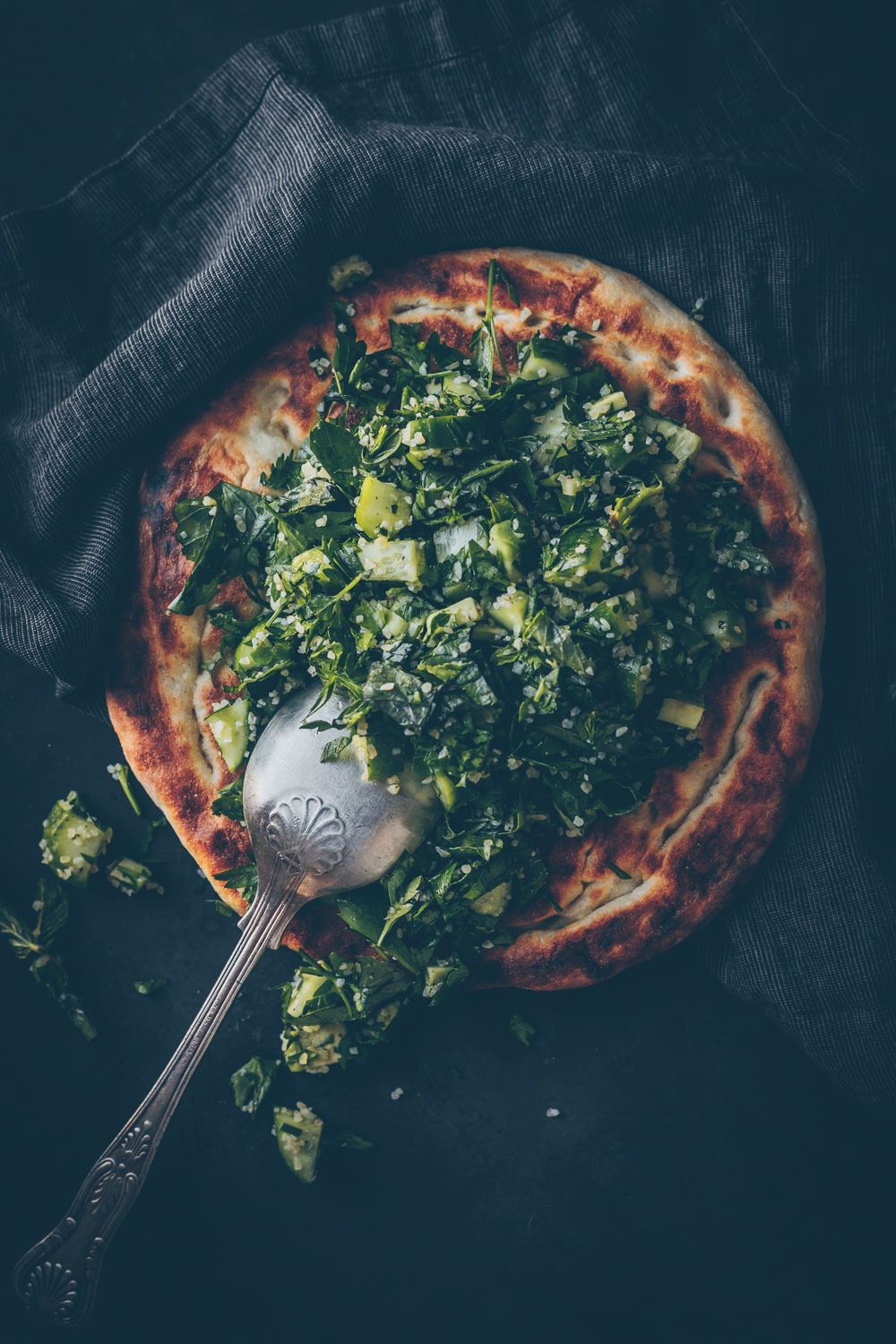 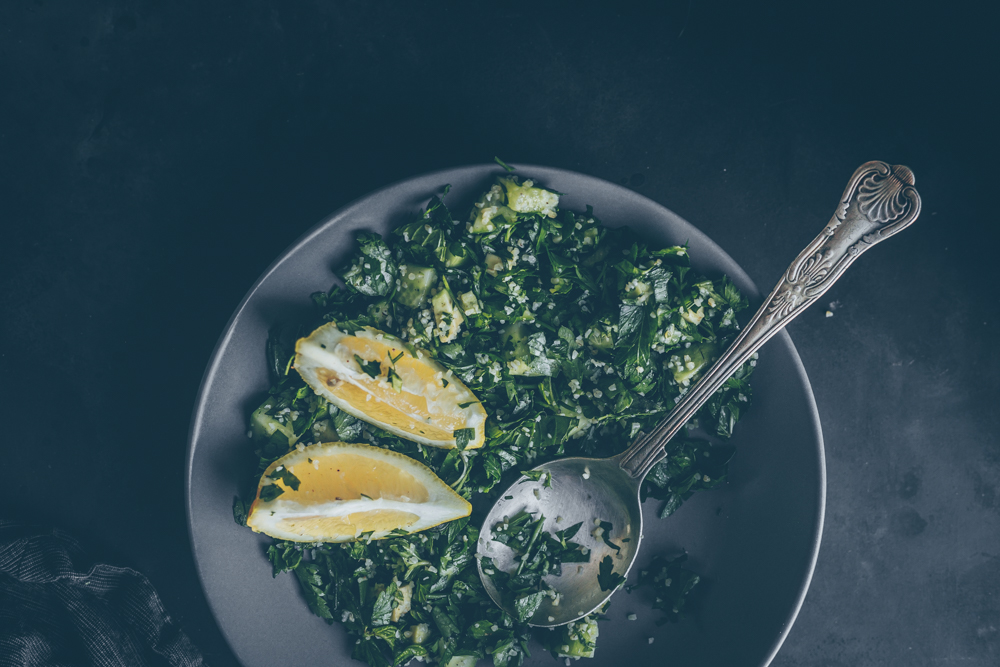