We have all been there. You are on a sightseeing trip and feeling absolutely overwhelmed with emotions of  joy and interest. You don’t want to waste any second on anything other than soaking in the city’s sights and you feel like there is no time to have a proper meal.
Now imagine you are in Tokyo where not many people speak English, almost all signs and labels are in Japanese and you have never seen or heard of most of the foods. It is that moment when Starbucks or McDonald’s offer a quick fix for an empty stomachs. I have been there but let me tell you that Japan offers one of the world’s best snack foods and there is something for everybody. 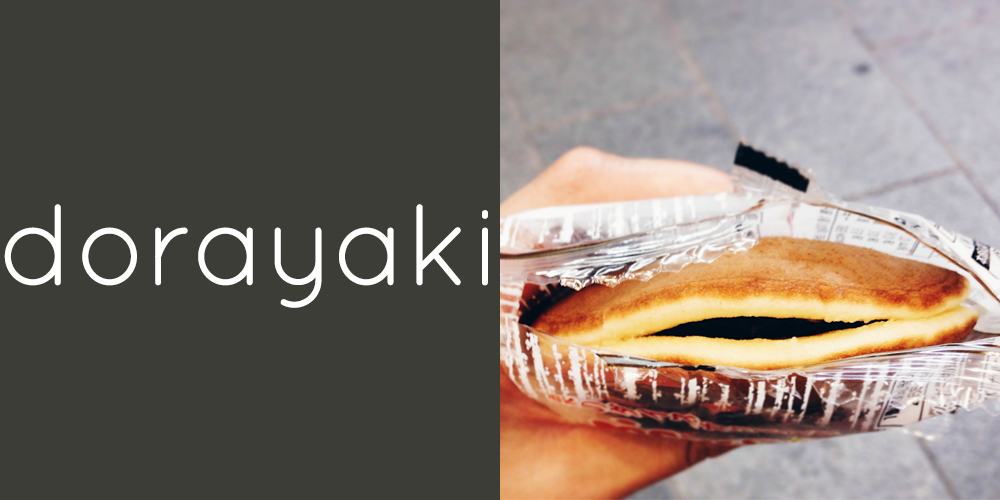 Think two pancakes with a delicious and sweet red bean filling. Yes, red been filling – it is used often in Japanese, Korean and Chinese cuisine and once you tried it you’ll love it. You can get it packed in one of the many convenience stores or even freshly made from a street vendor. 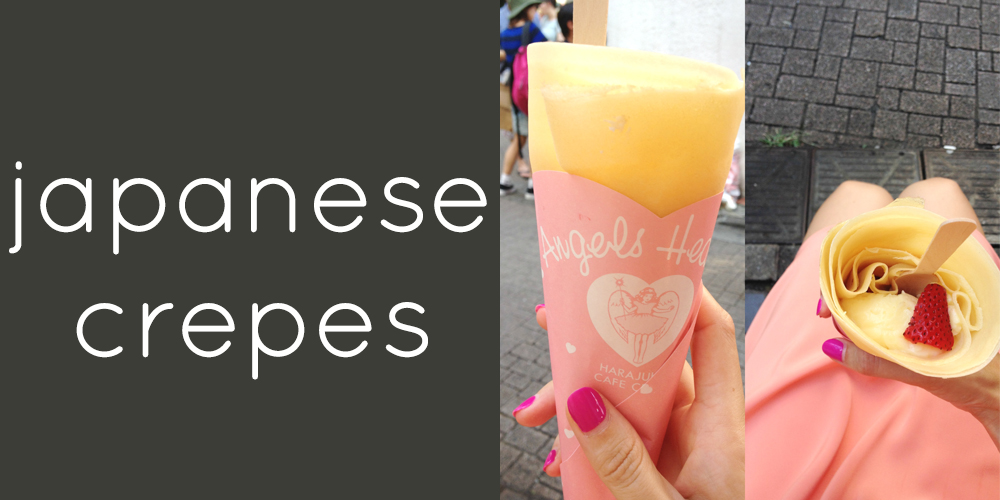 I love all sorts of pancakes and especially French crêpes. I favour the simple kinds like with lemon and sugar or with apple sauce. However when I discovered the Japanese way of making crepes I had to try it. I wasn’t bold enough to go the whole way (strawberries, whipped cream and cheesecake) so I went for a calorie-friendly version only with strawberries and custard. The Japanese crêpe did certainly not disappoint and in case you don’t have a sweet tooth, they also offer savoury versions. 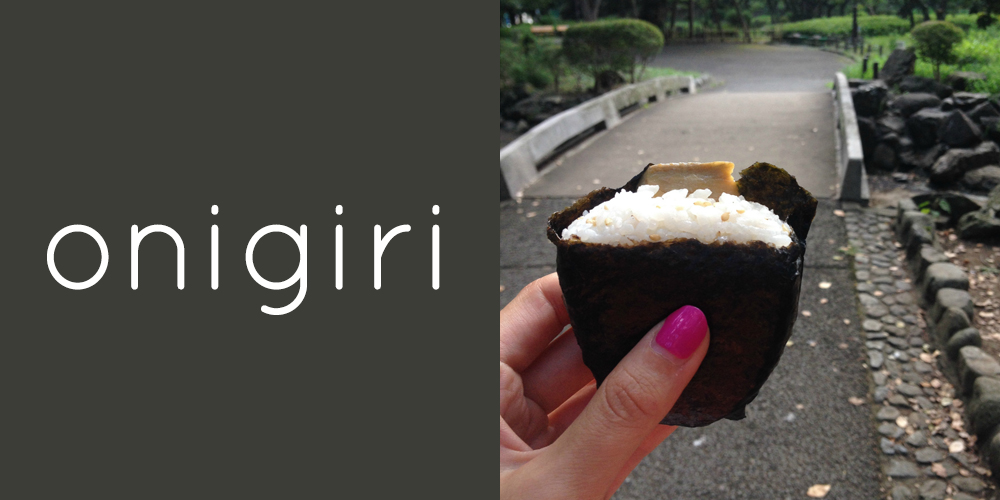 Also known as rice balls, Onigiri has been a favorite snack of mine when  traveling East Asia. Because of its popularity you can find all different types of Onigiri either in super markets or convenience stores throughout East Asia and especially Japan and Tokyo. It is usually filled with a salty or savoury ingredient like fish or pickled fruits and vegetables  If you are not too picky about the filling you can just try anyone and won’t be disappointed. As I prefer the fish version I always have to look for a brand that displays pictures because the labelling is usually only in Japanese. 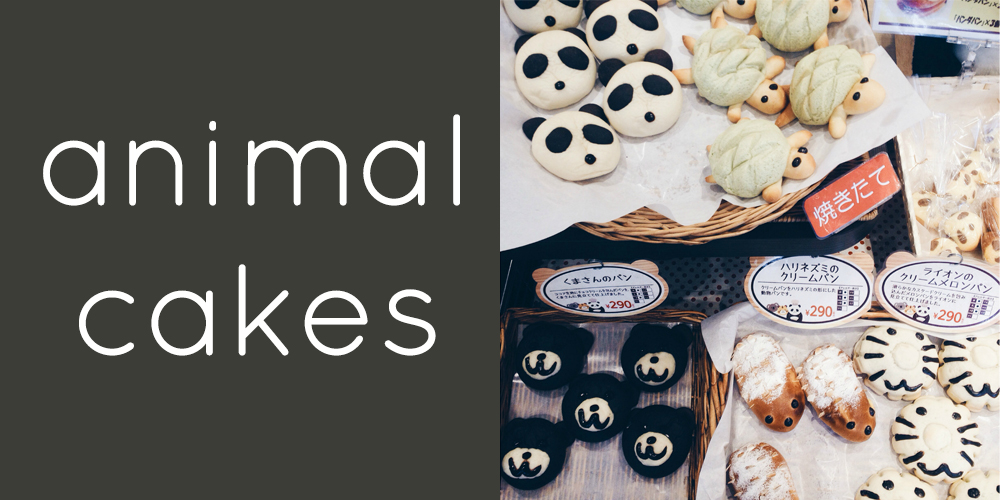 They are sweet in taste and appearance, little animal cakes and cookies can be found in almost every Japanese bakery. They are either made of simple dough and some sugar-coating or filled with the traditional red bean paste or sometimes chocolate. I would not say that eating an animal cakes gives you a taste explosion but the cute design makes up for it. 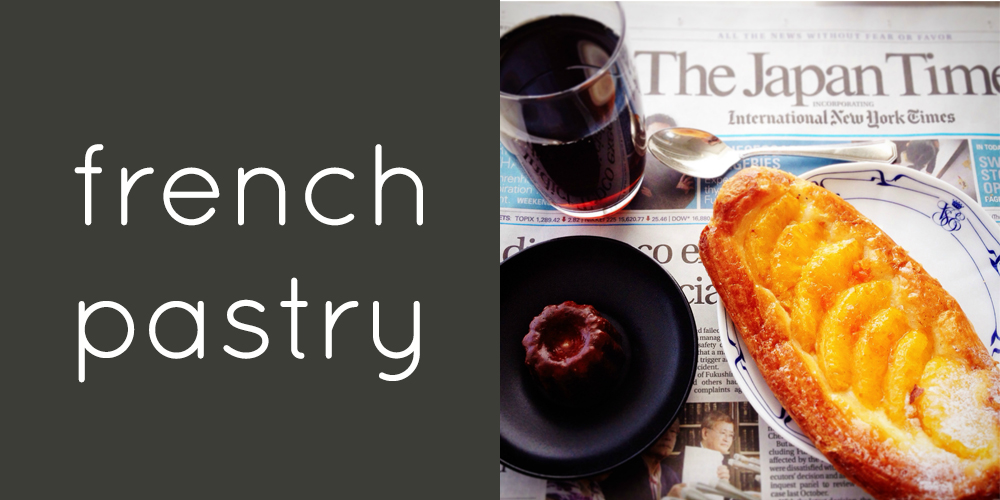 Once you arrive in Tokyo, you’ll notice a lot of French-looking bakeries. Japanese people love French culture and especially French pastry. So it seems that major French brands and chef have also realised just that and brought some of their finest pastries to Tokyo. Joel Robuchon already opened its first shop in Tokyo over 10 years ago and since then sells a rich variety of breads, pastries and cakes. Since I (like the Japanese) am a Francophil and have a strong passion for French pastry, I had to get a couple of  Joel Robuchon’s delicious products.