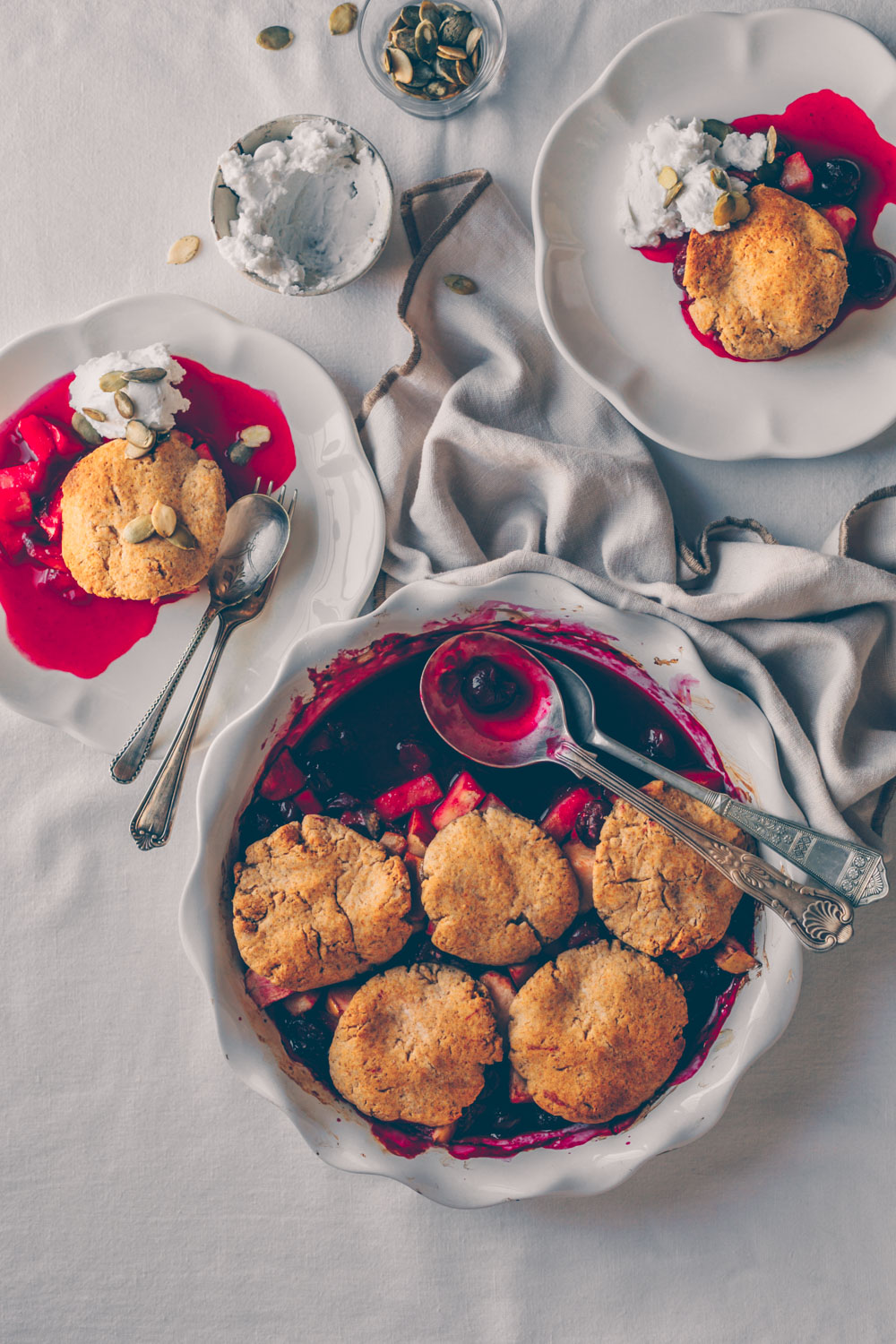 I had a plan. I even had a list of to-do’s for that said plan. And then I got hungry. My plan was to only post savory recipes for a while. I had just gotten back from Israel (and written a Quick Food Guide to Tel Aviv) with lots of inspiration for savory dishes. Like Vegan Shakshuka, Sabich, Israeli Salad and Cauliflower Sinya. And then on Friday afternoon, the weekend was near, I was craving something sweet. That doesn’t happen too often. But when it happens I usually make fruit crumble because it’s easy, it feels a little healthy and it’s super quick. I don’t remember why my mind suddenly wanted a cobbler. Probably because I was browsing Pinterest while developing my appetite for a sweet treat and simultaneously came across faring well‘s recipe for Peach Blackberry Cobbler.

I had never tried cobbler before and the recipe looked fairly easy, so I gave it a try. In comparison to crumble or crisp, a cobbler is not baked with a crust of a mixture of cereals, flour and nuts that loosely covers the whole fruit filling and has a streusel-like texture. Cobbler is made with a biscuit crust. At first I was afraid that the discs of dough would be too dry after baking but I guess the fruit filling keeps it moist and soft inside and crispy outside. Either way it’s a new dessert favorite in the bwv household. 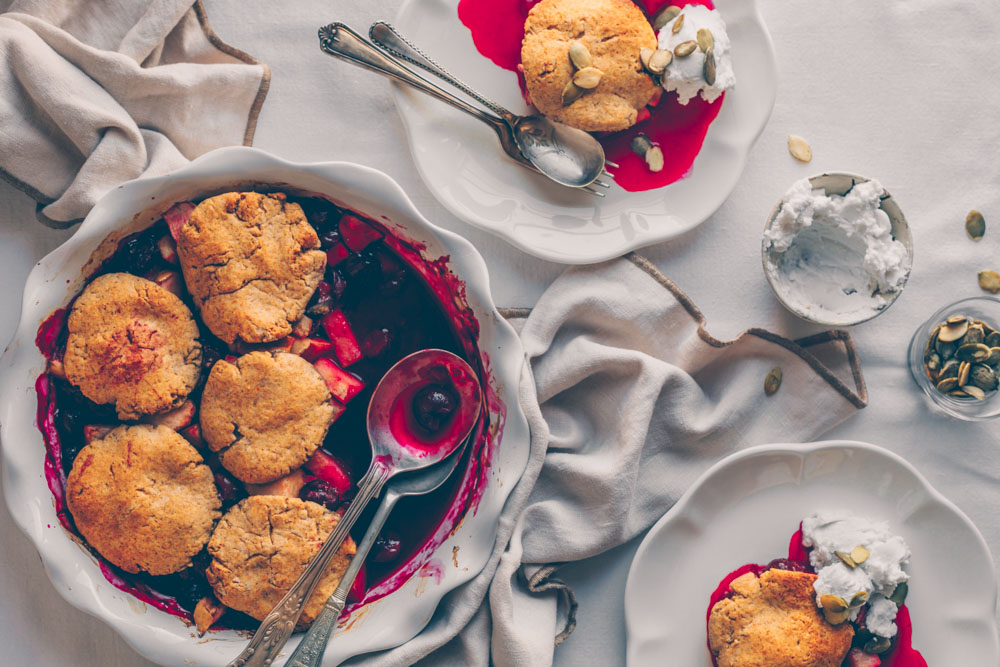 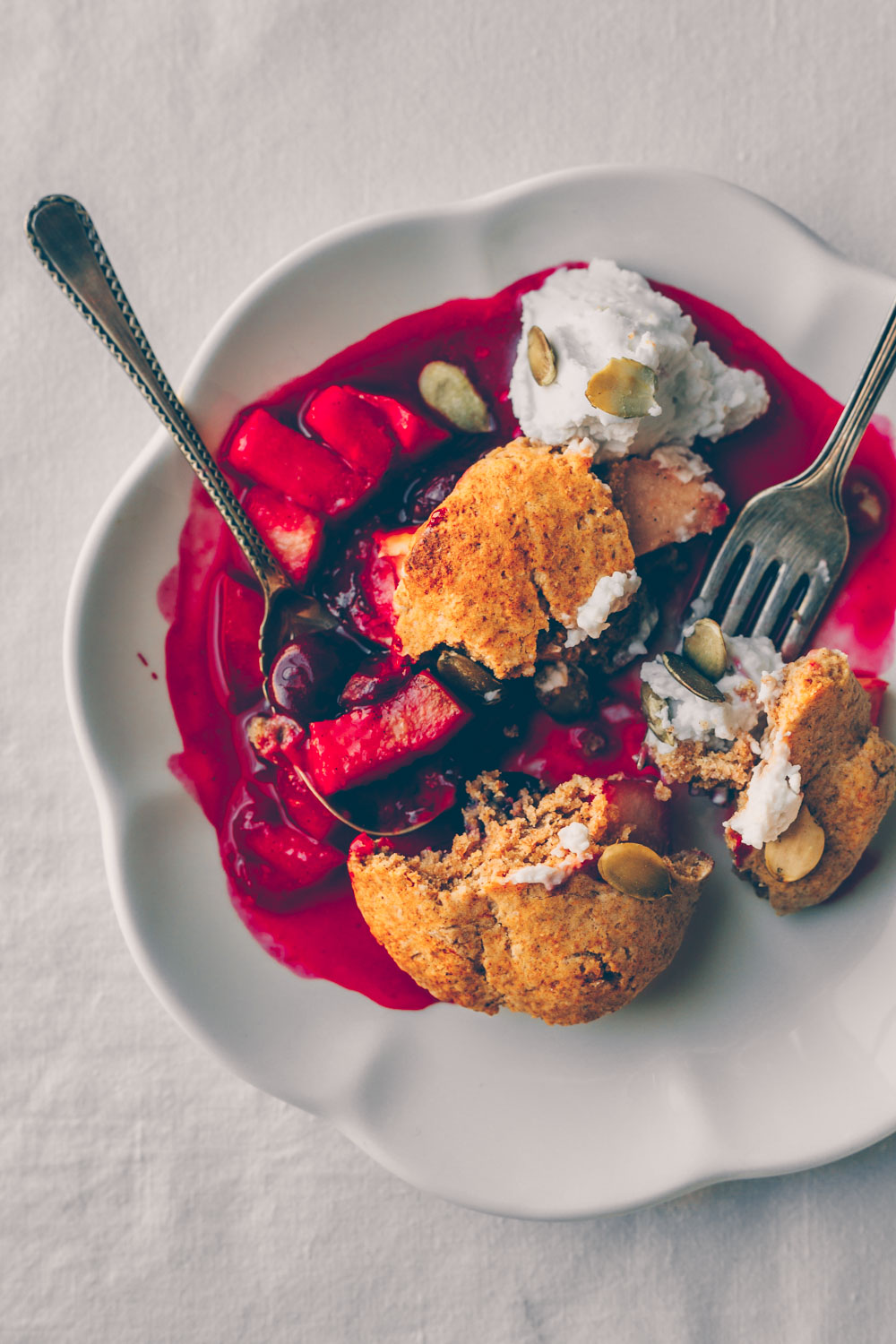 It might surprise you but cobbler, neither sweet nor savory doesn’t exist in Germany. There isn’t even a proper translation for it. So I was especially keen on trying this American and British classic. Isn’t that the beauty of today’s world? We get exposed to so many various dishes from all over the world. And we get to make these dishes at the comfort of our home kitchen. We don’t even need to travel the world to get to know its many flavours. We just need to be open-minded for new taste experiences, even if they only come in the simple form of cobbler. It’s maybe not as exotic as Ethiopian pancakes or Japanese ramen or Argentinian empanadas. But it’s certainly exciting to bring new recipes to your kitchen, especially when they take no time to make and include ingredients you’ll probably find in the most basic local supermarket.

Back to my plan of creating more savory recipes. Next time I’ll just make a savory cobbler. How about a Turkish inspired cobbler with flavorful lentils, tomatoes and eggplant. That’s two national cuisines in one. I like that idea. 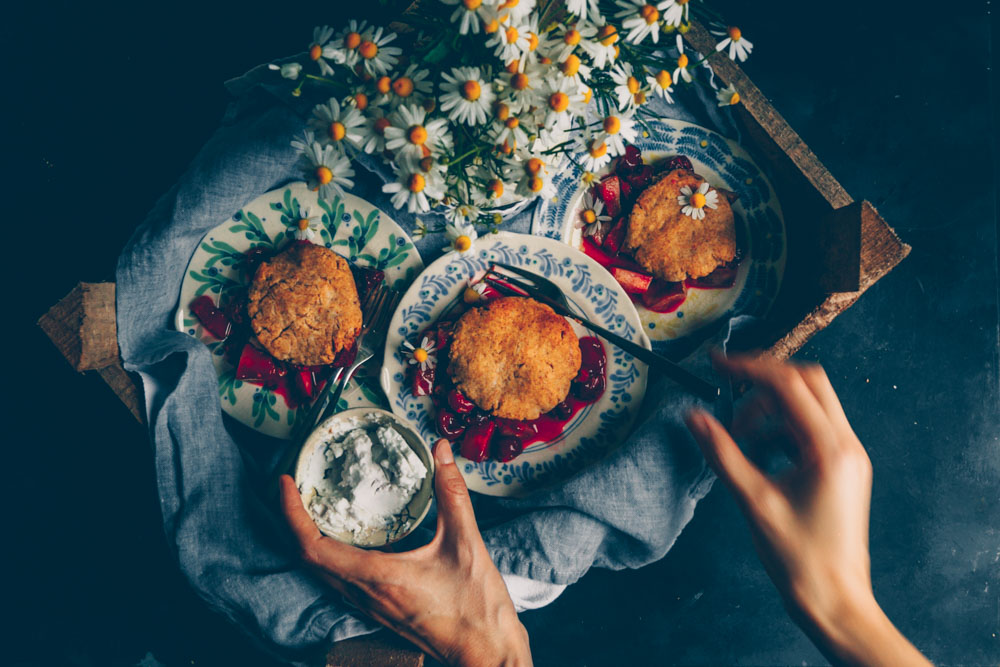 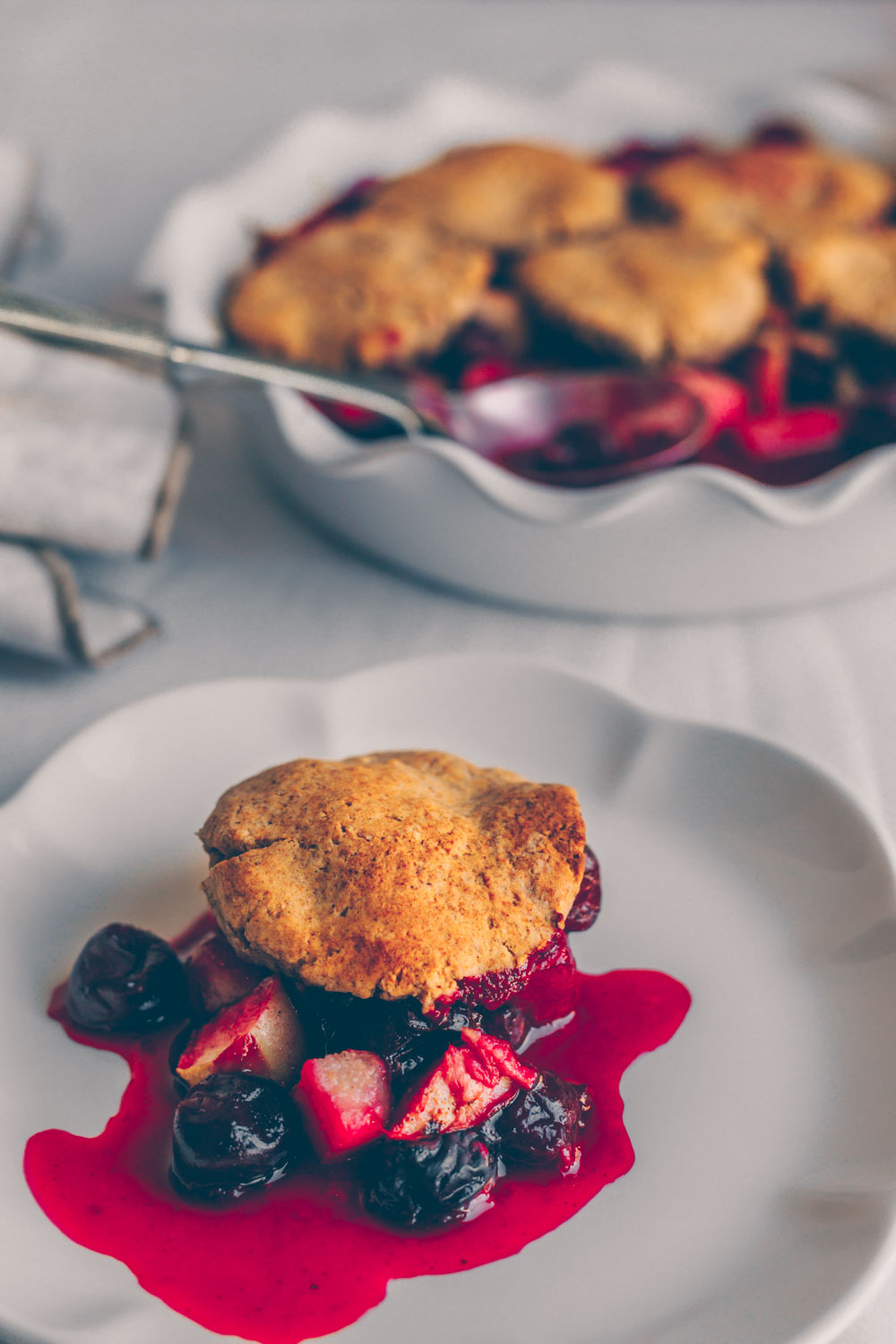 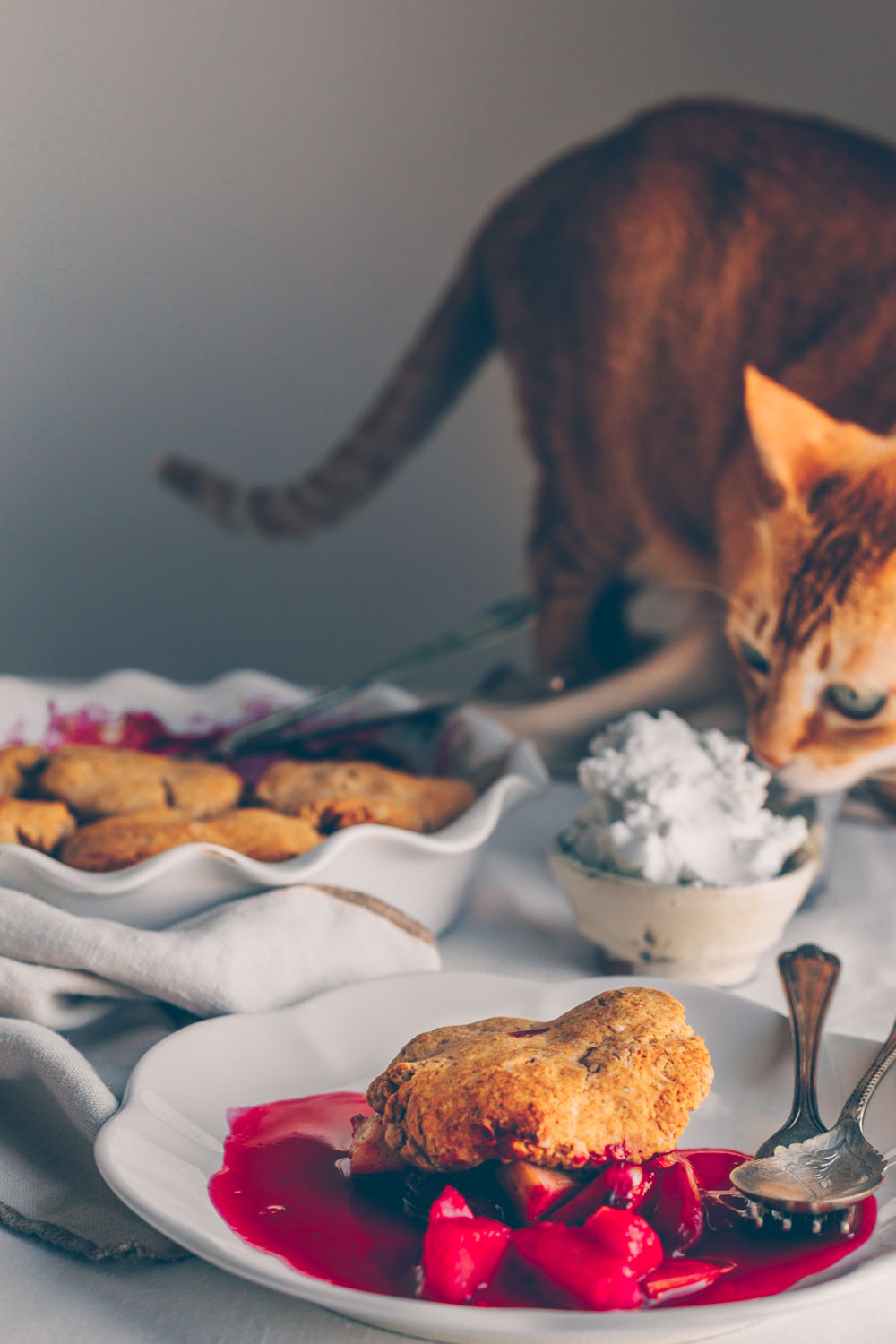 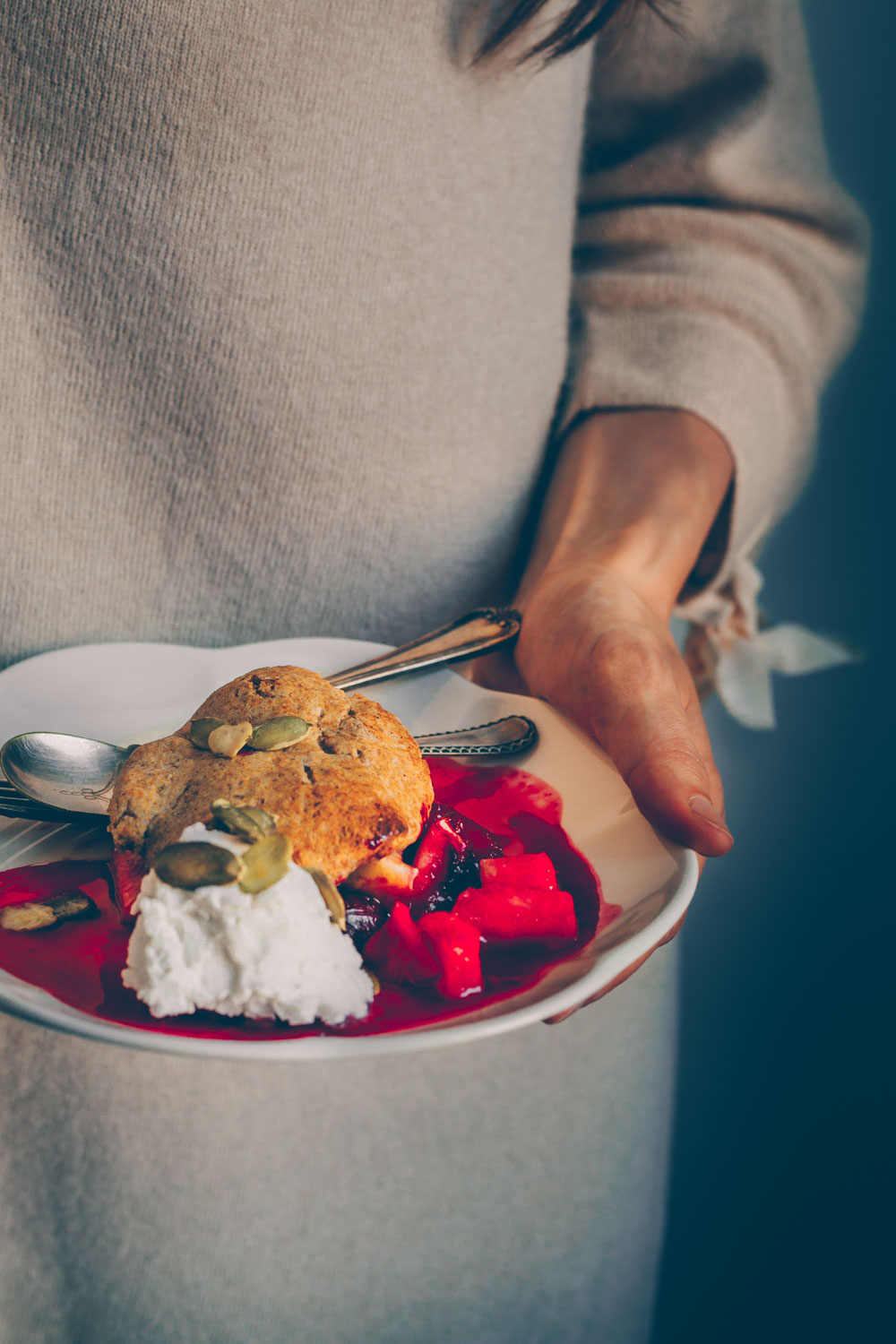 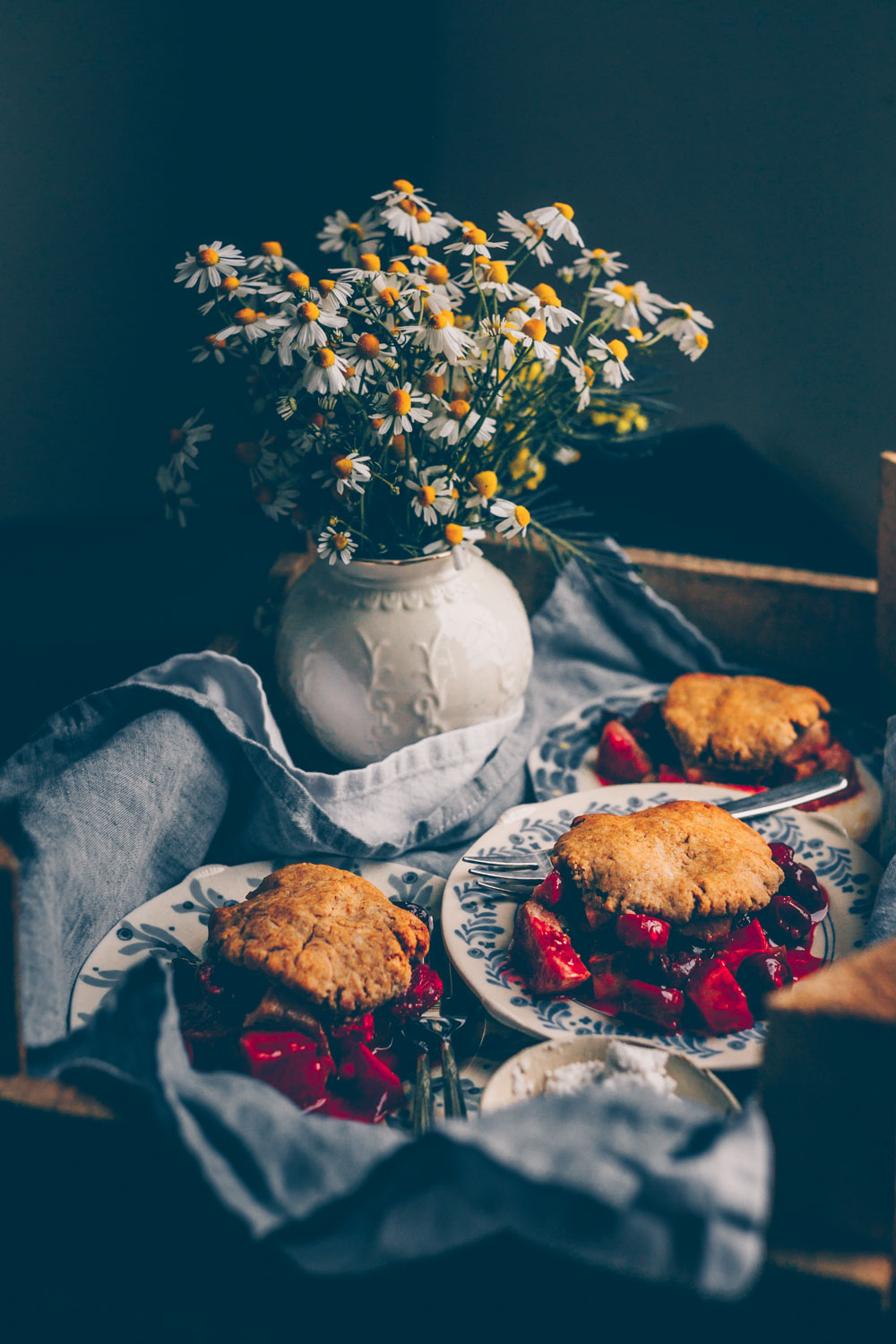 *As mentioned before the recipe for the Cherry Pear Apple Cobbler was inspired by faring well‘s recipe for Peach Blackberry Cobbler. 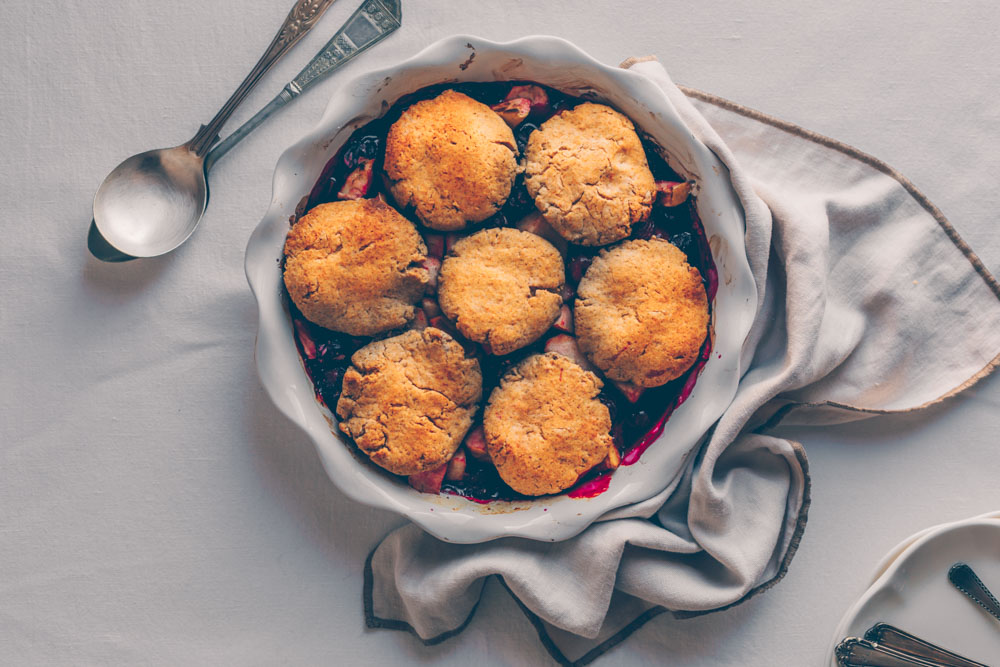 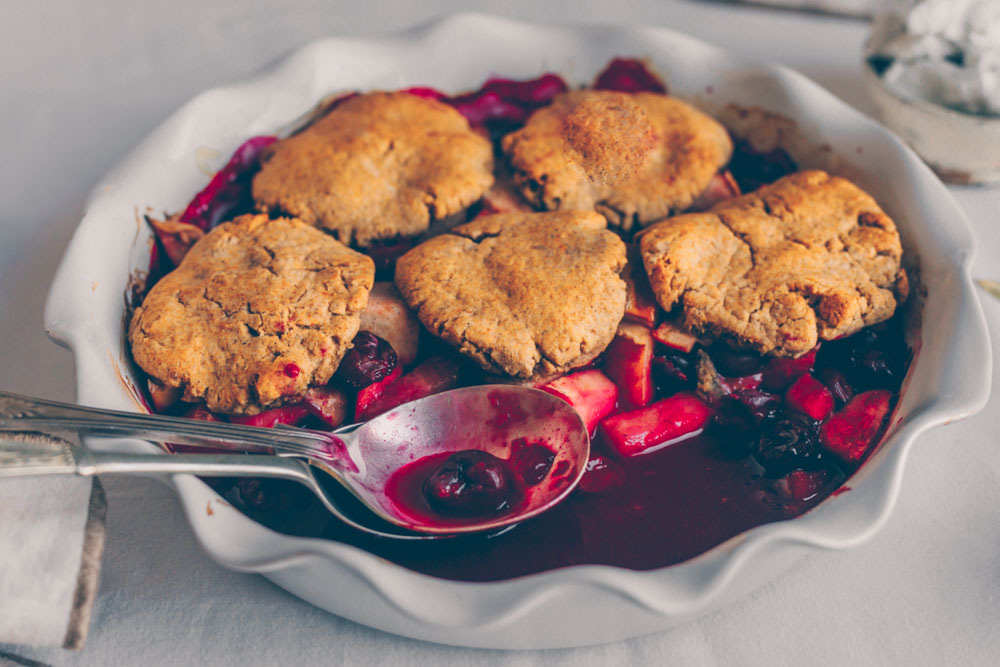 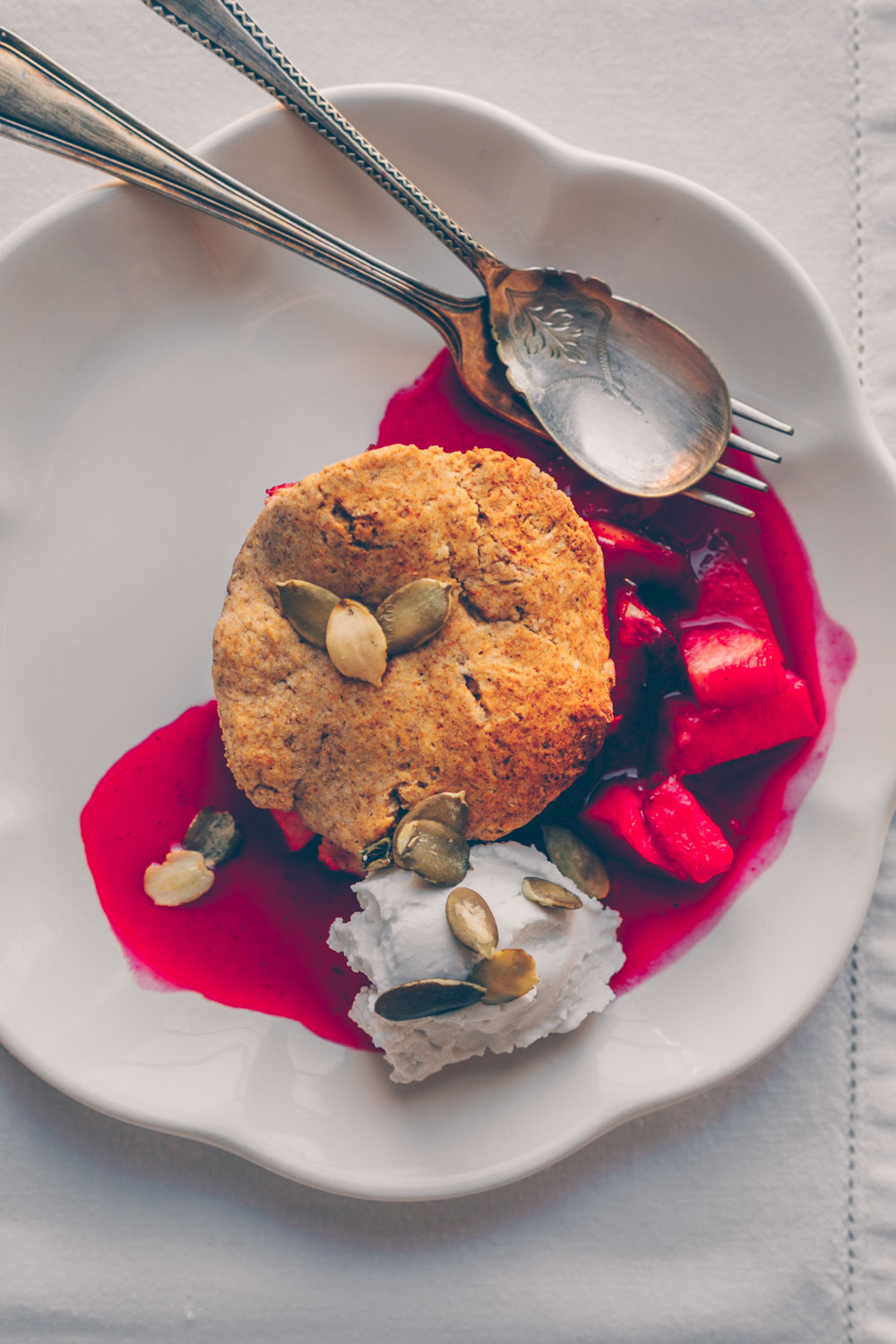