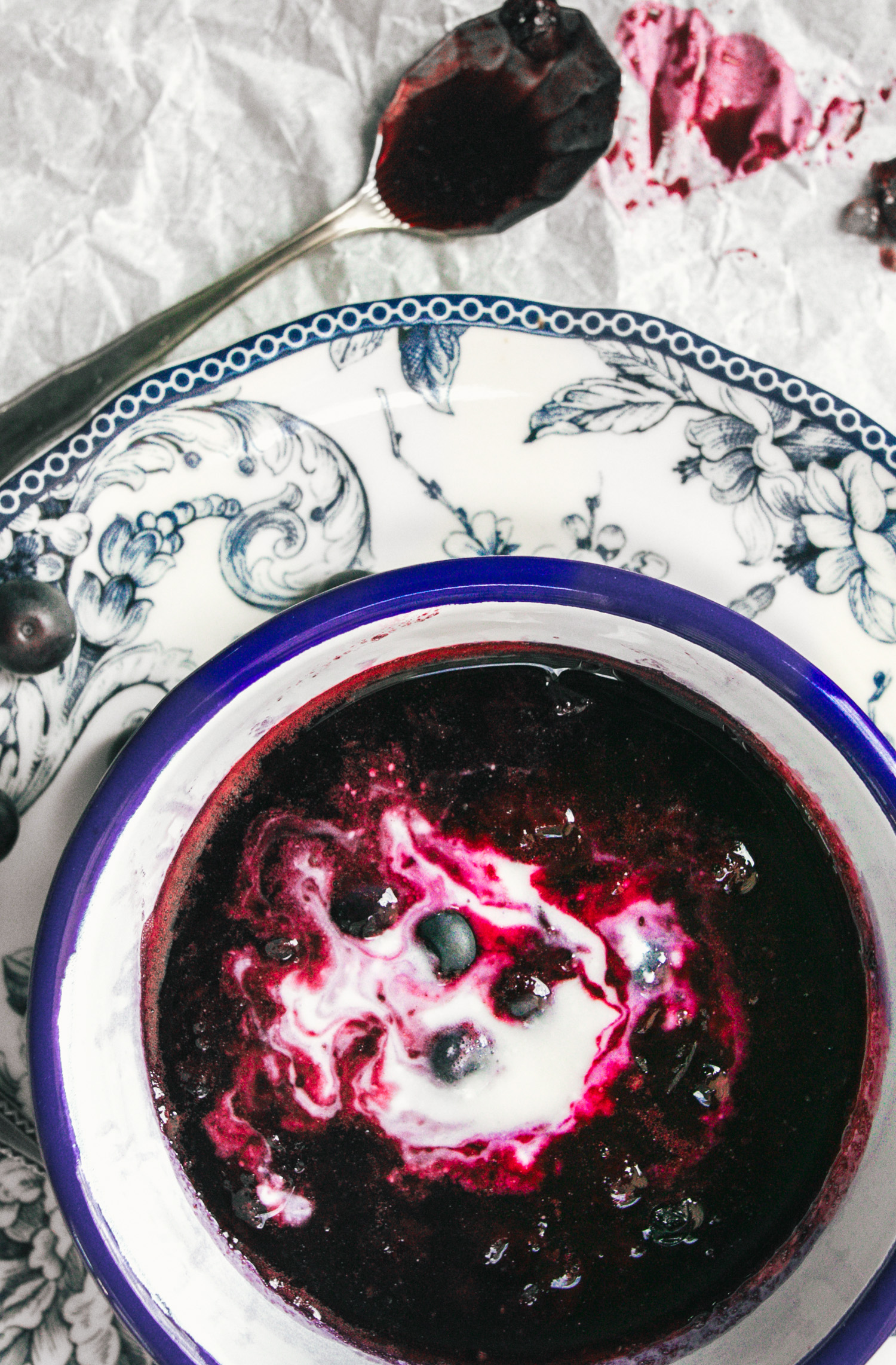 This cold blueberry soup is a reminder of my recent trip to Helsinki and its many wonderful food markets. We arrived by ferry from Tallinn in the morning and spent one day in the city, all while the sky gleamed in bright blue and the sunshine warmed the streets of Finland’s beautiful capital. It was a perfect day to explore Helsinki. Strolling the food markets became an instant favorite. They were overflowing with fresh produce from the region, colorful flowers and the occasional fish stand. One things that surprised me to see over and over again – berries of all sorts, colors and shapes.Now Finland is a Nordic country where I assumed it would be too dark and cold to grow something as vibrant as purple wild blueberries or juicy pink raspberries. But once again travelling taught me a lesson. And so I learned that there are about 50 species of wild berries growing in Finland. It seems that the well-known white summer nights ripen the berries, making them sweet and tasty. 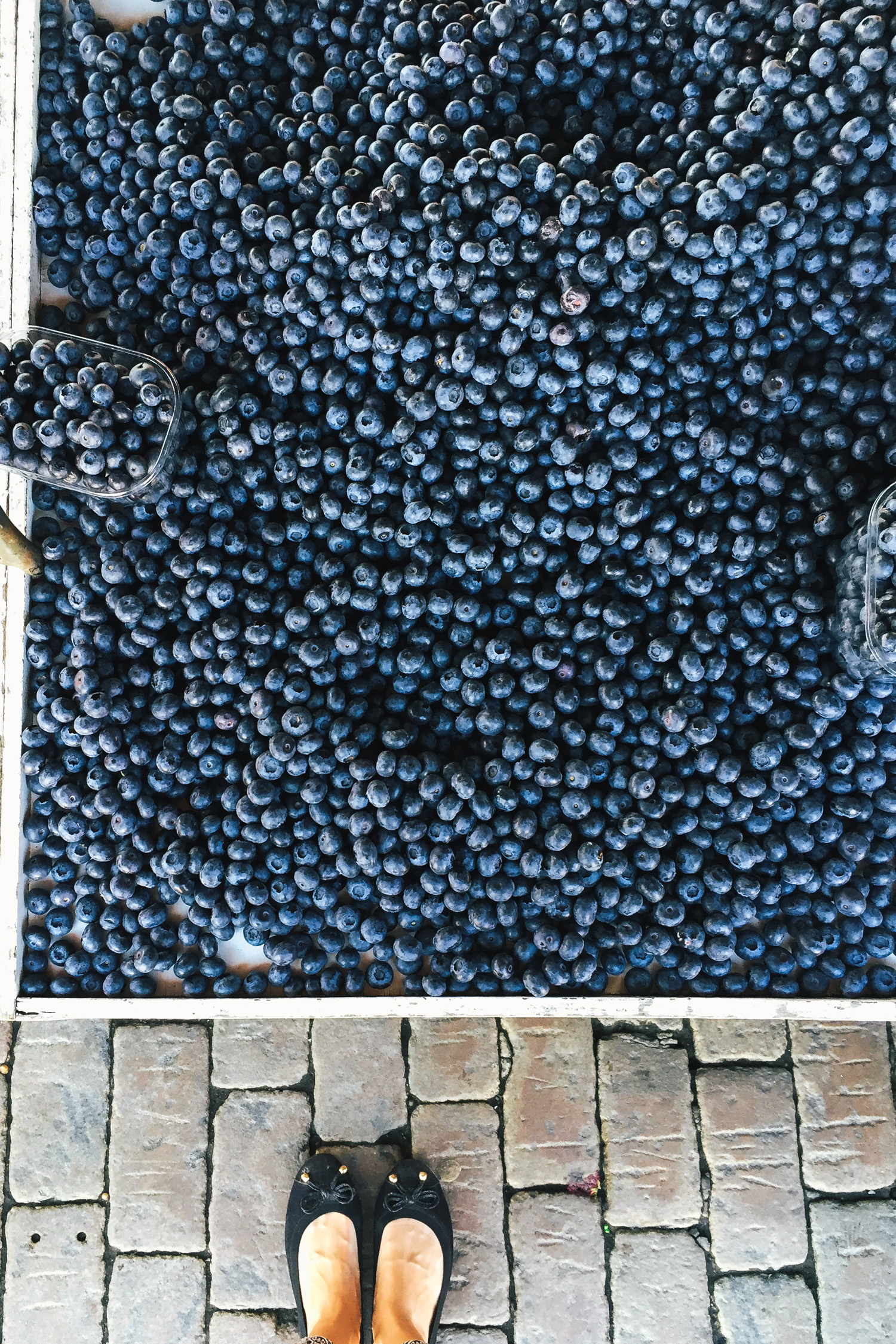 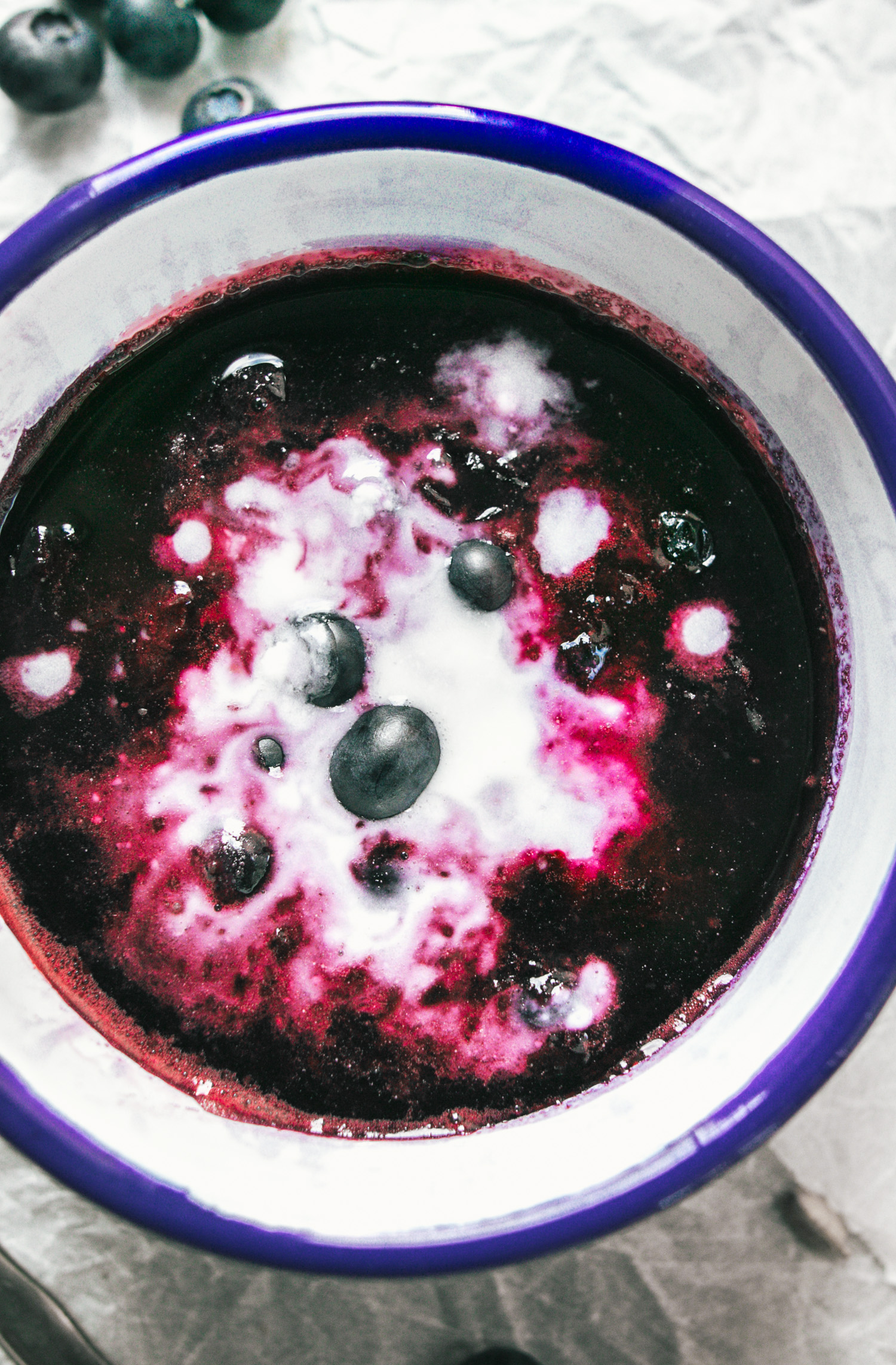 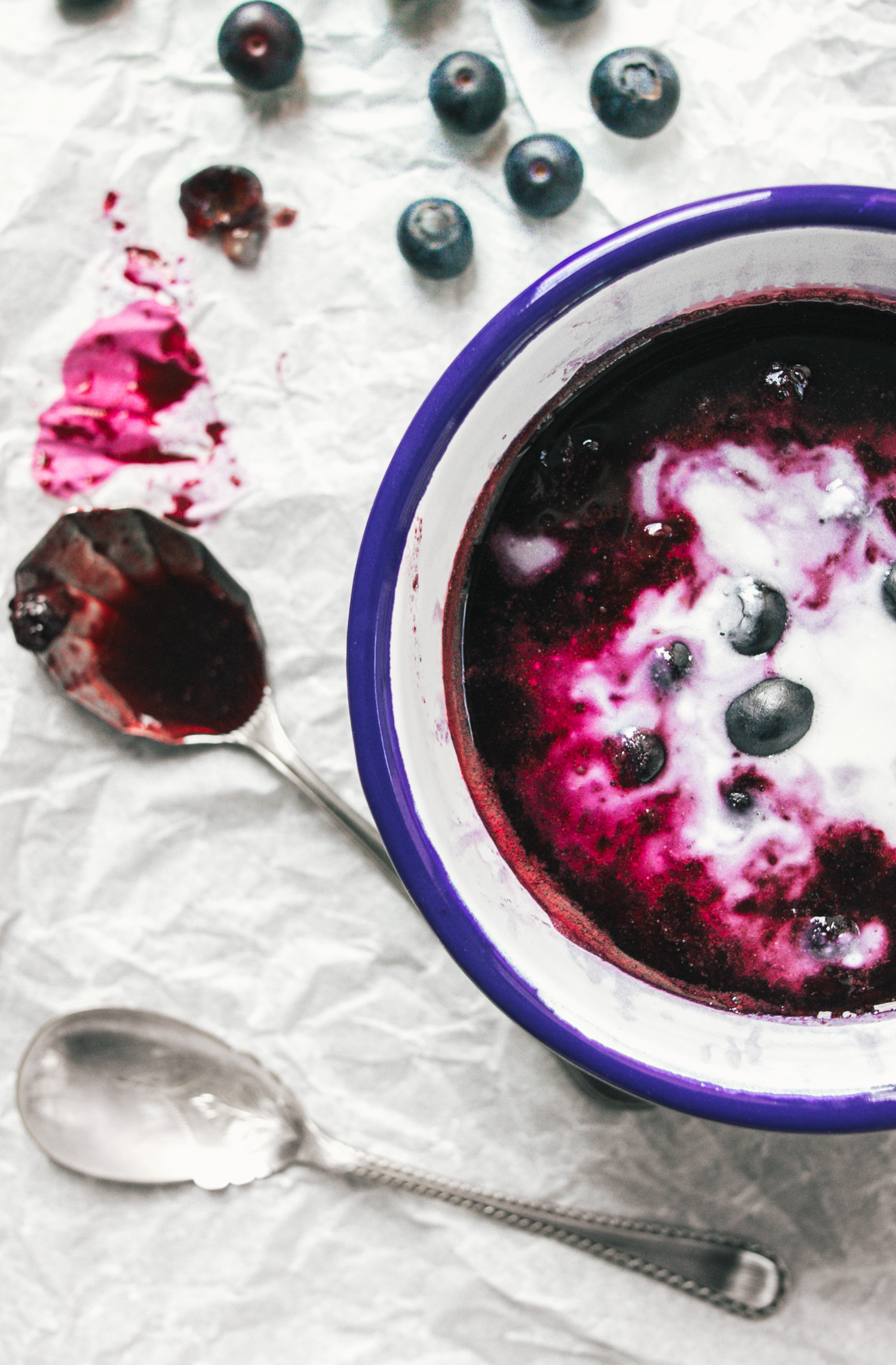 Well, you might think this is the end of story but Finns don’t just love to eat their berries. Berry-picking is an outdoor activity or rather a popular sport. By Finnish law, it’s Everyman’s Right to roam freely in nature and pick berries (but always acting responsibly). I’d probably be going berry picking and mushroom hunting every weekend if I’d live in Finland. But wandering the markets was already an inspiring experience itself, I didn’t need to be in the nature for that. While walking the streets of Helsinki later that day, I noticed something familiar on a Café’s menu. It said Mustikkakeitto – Cold Blueberry Soup. Back when I was a child my grandma would make chilled cherry soup for lunch in summer. My grandpa has a sweet tooth and certainly didn’t mind having a bowl or two of refreshing fruit soup. And neither did I.

Until today I love having desserts as mains for lunch or dinner. And So I decided this week to make my own version of my grandma’s sweet summer soup. Inspired by the blueberry glory of Finland I made cold blueberry soup. Things (read cold fruit soups) only got started with this first attempt but I already wanted to share this delicious recipe for cold blueberry soup – recipe from Finland. It’s vegan, it’s gluten-free and can be made without any additional sweetener. It’s sweet but not too sweet, its super refreshing but not too sour and the cinnamon and cardamon lend it a Nordic feel. 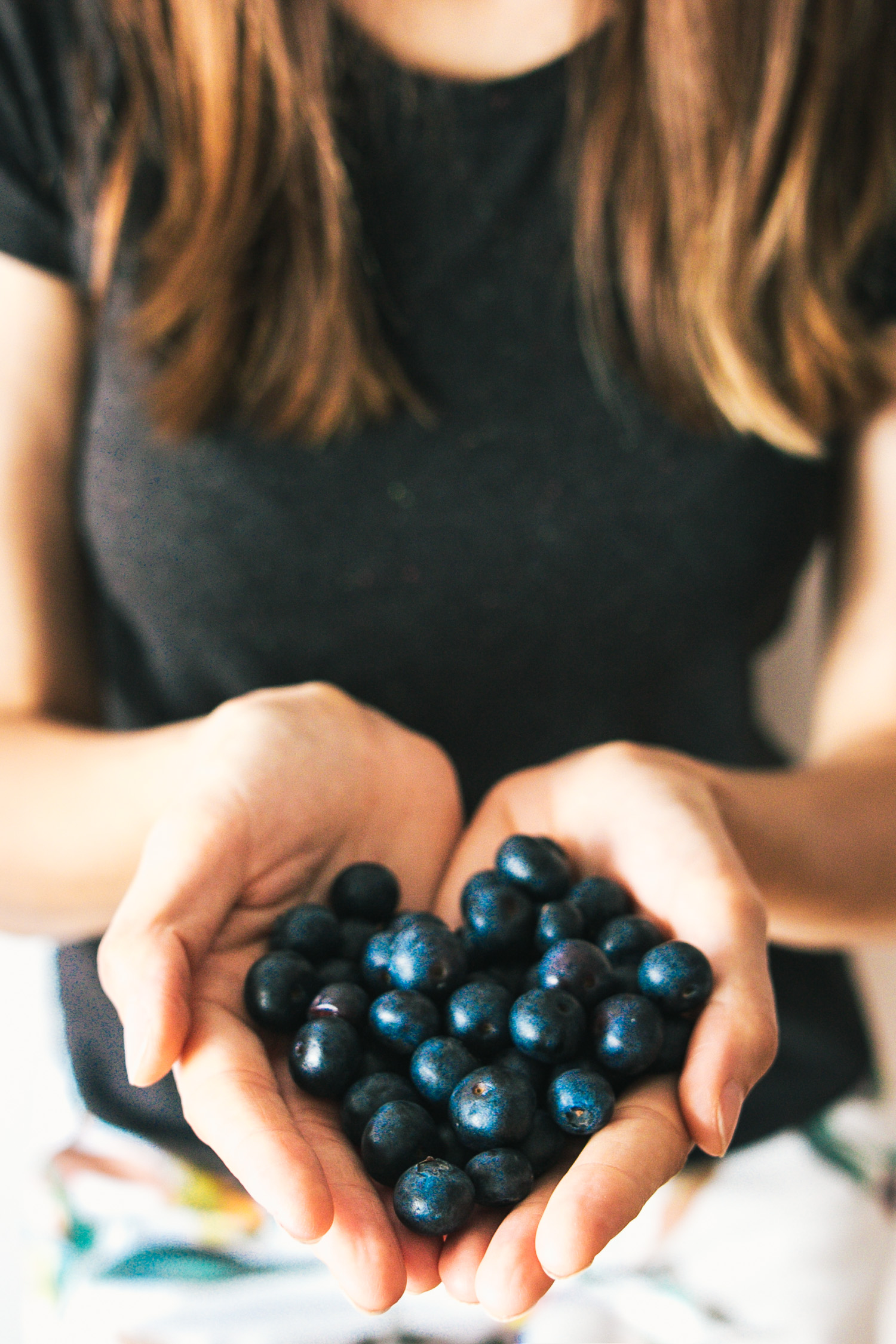 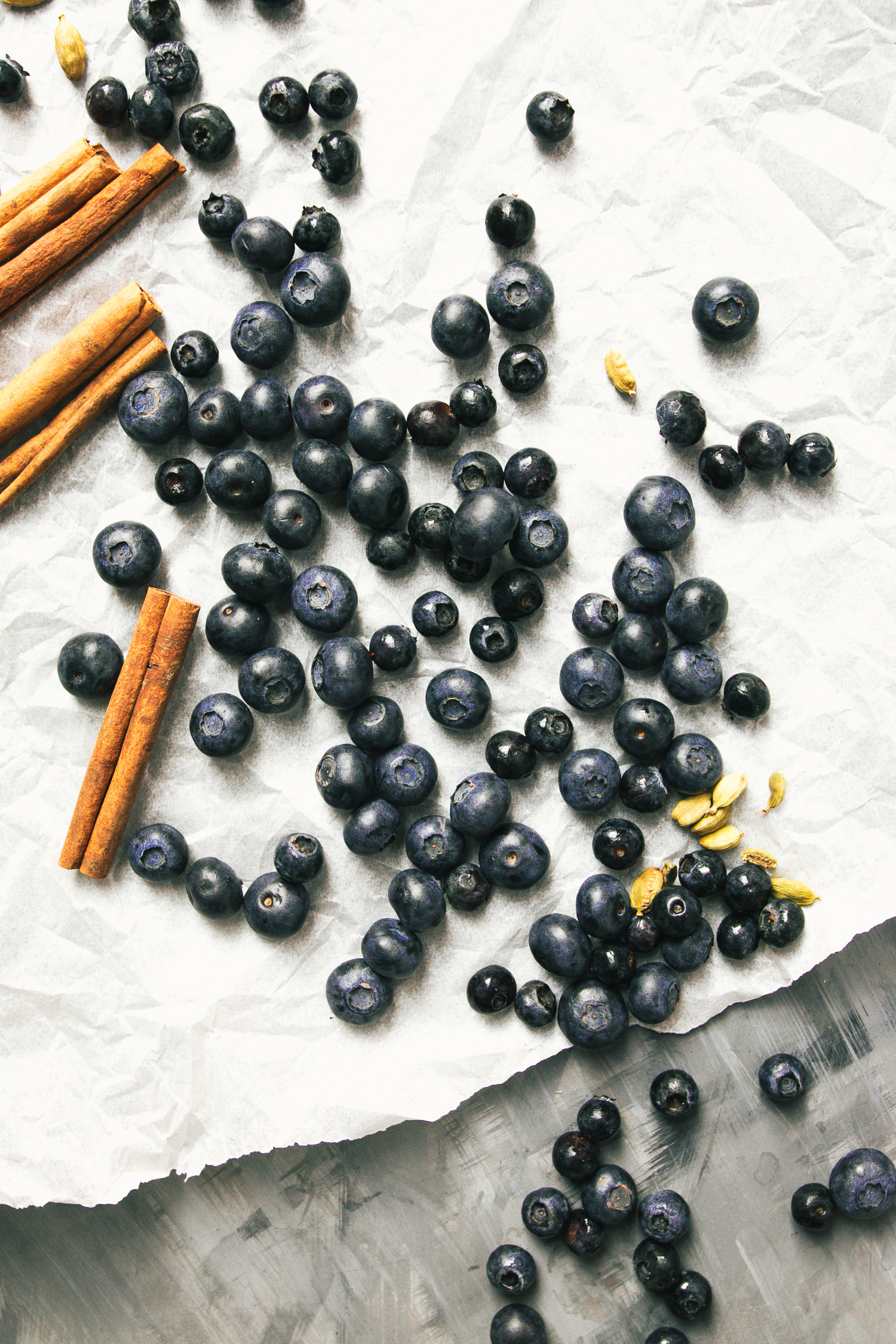 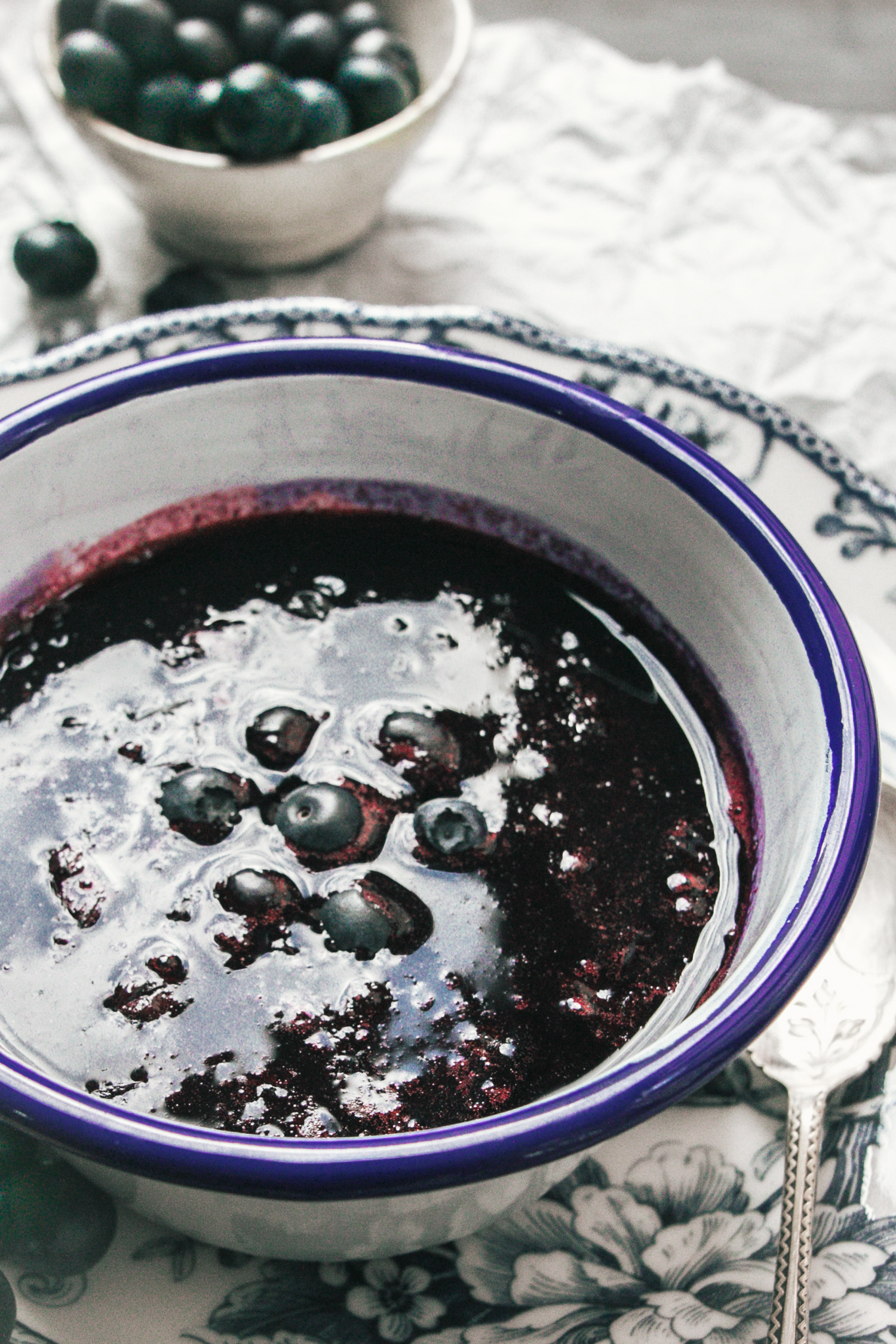 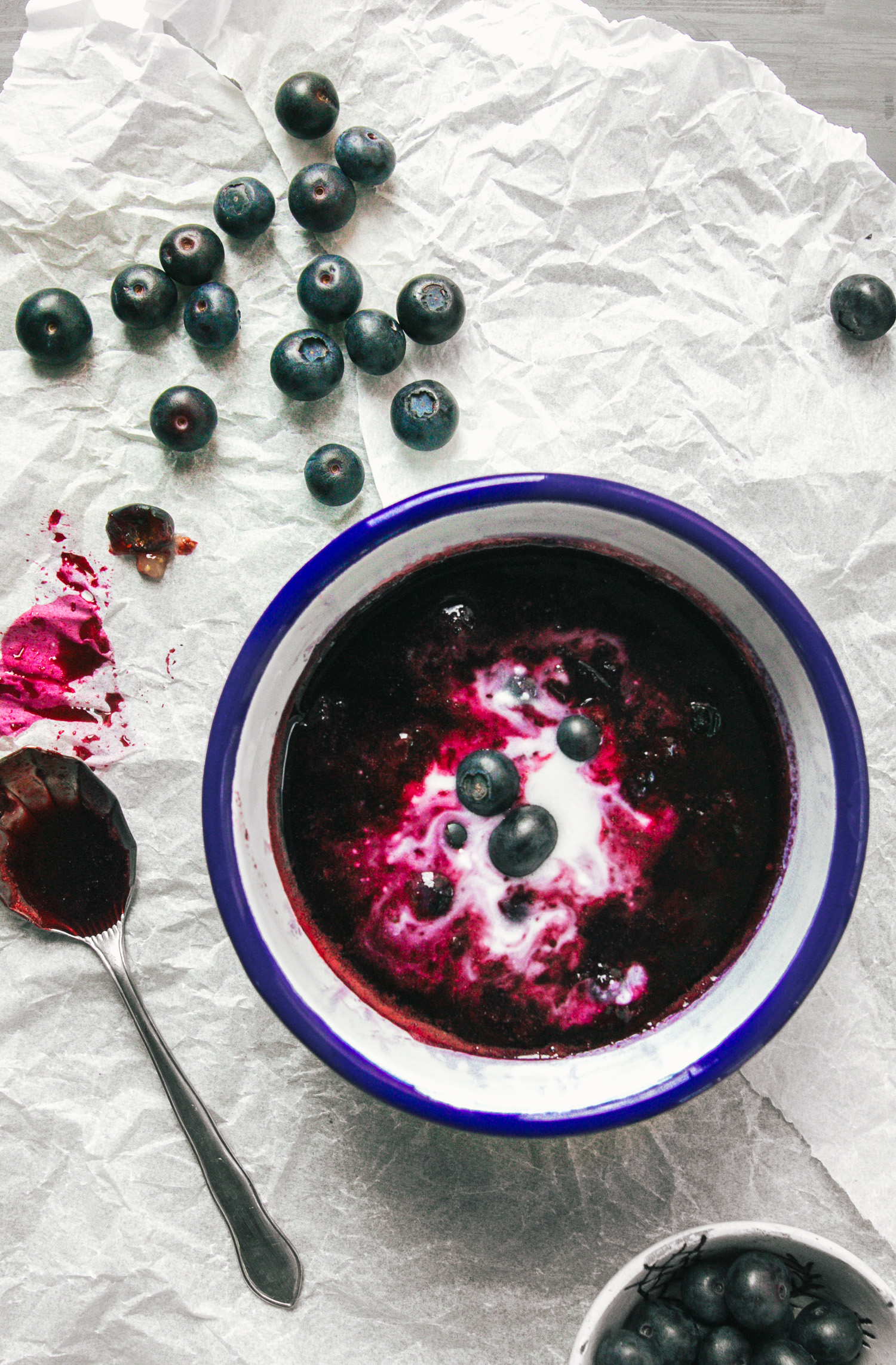 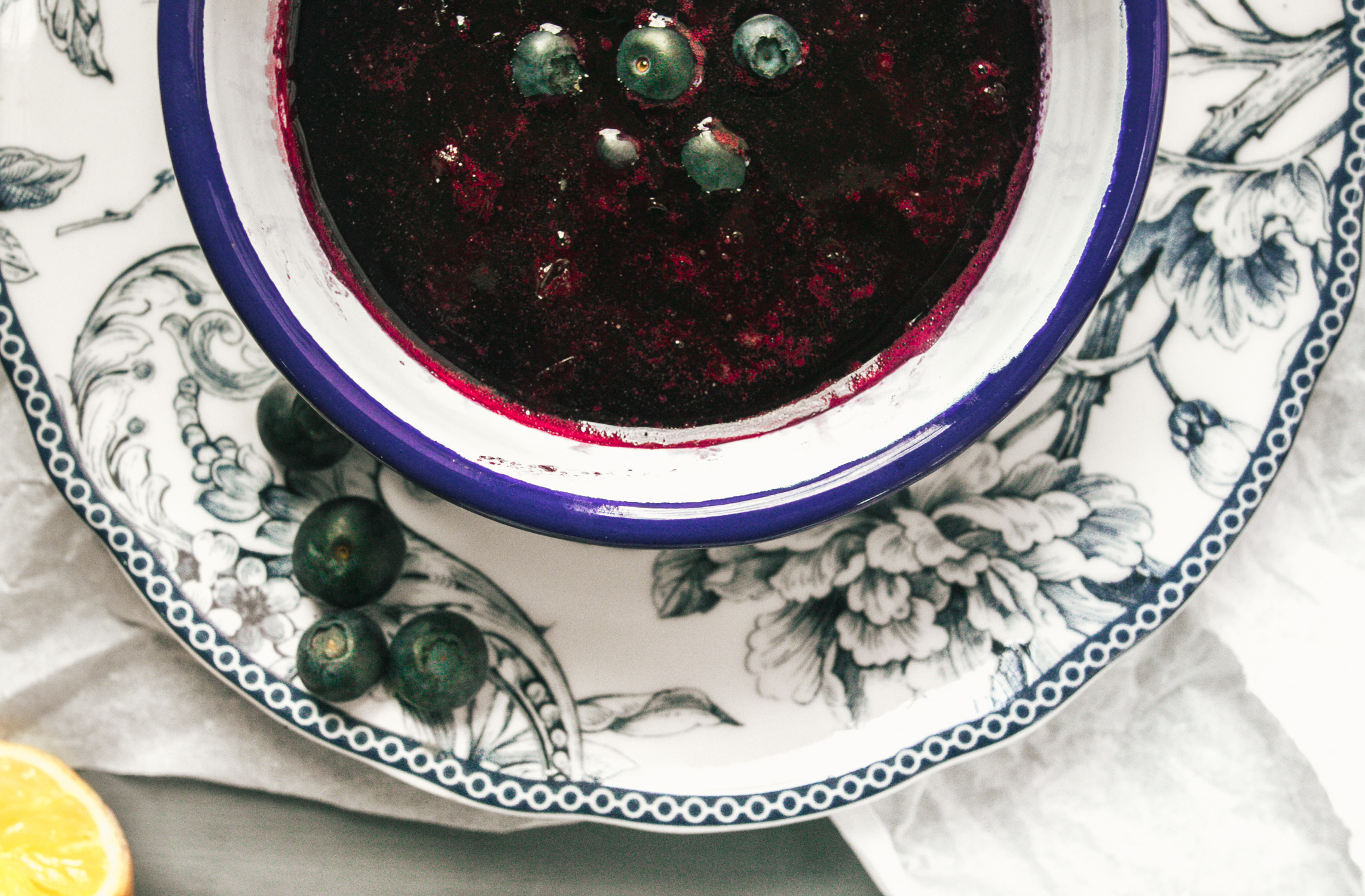