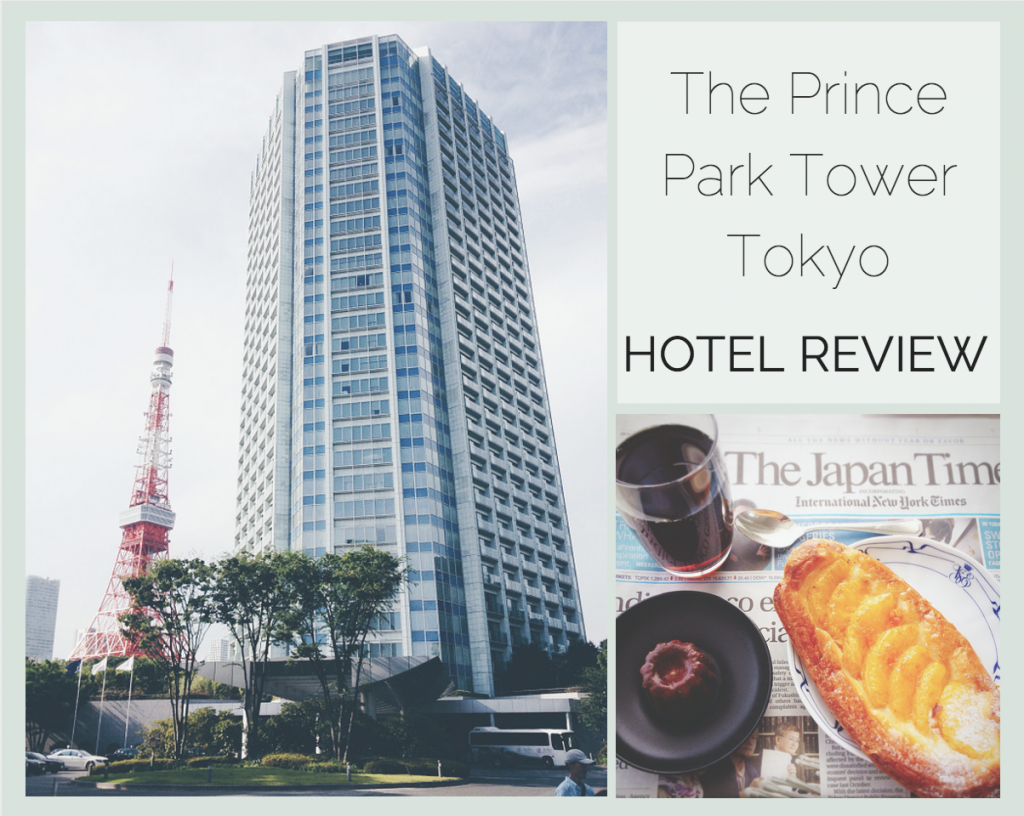 Tokyo had been on my bucket list for quite some time and so I was super excited to visit Japan’s capital for a long weekend beginning of August. Despite the heat, I loved every single minute of my sightseeing tour not least because of my hotel room in the The Prince Park Tower Tokyo.
Before arriving in Tokyo I was afraid that the city would quickly overwhelm me. I had heard of its many people and lack of English signs. As I entered The Prince Park Tower Tokyo hotel after a flight from Hong Kong to Tokyo and quite a journey on public transport (taxi prices are insane in Tokyo), the lobby and welcome of the staff felt quite relaxed and comforting. To my surprise it was very quite in the lobby in spite of the hotel’s 33 floor-size and the fact that it was almost fully booked. Yet, The Price Park Tower Tokyo has a strong focus on business traveler and even though I saw a handful of tourists, most people were wearing suits, among them a very few Westerners.
The hotel itself has several restaurants on different floors specialising in various cuisines (American, Japanese, sushi etc.). My personal highlight is certainly the bar on the top floor with an amazing view over the city and the Tokyo Tower. 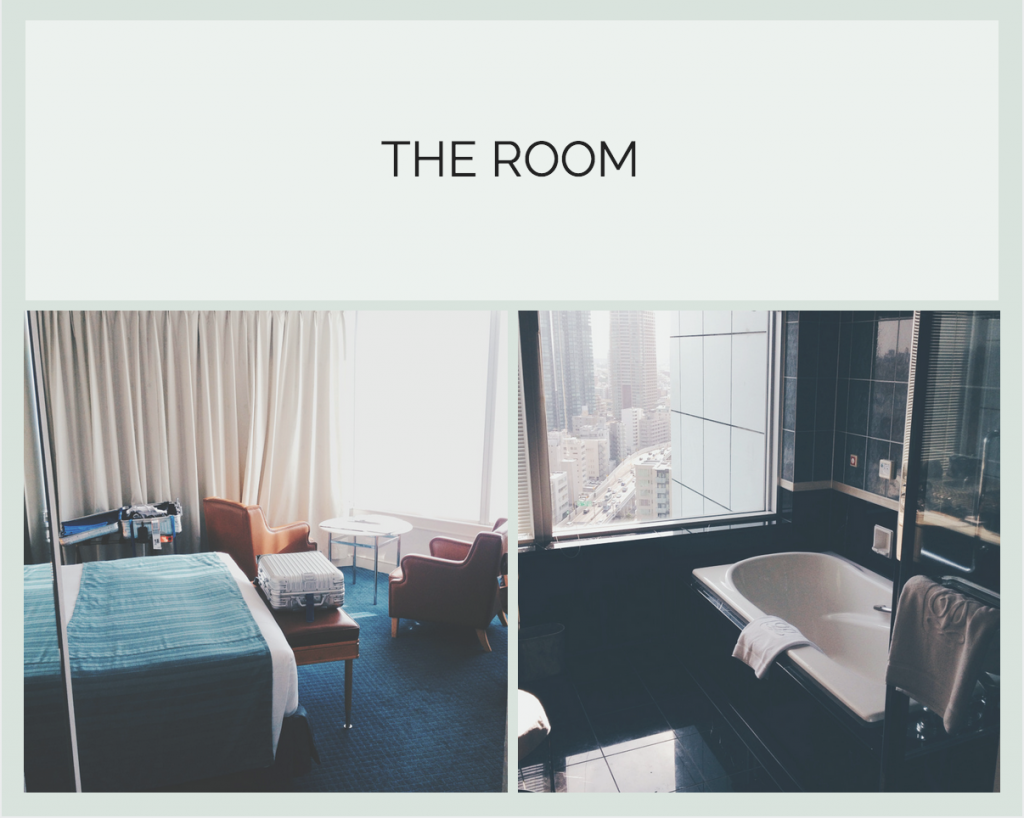 The Room
My check-in went smoothly and I was brought to the room. When entering I noticed a strong cigarette smell. I had asked for a non-smoking room but learned that smoking was allowed in the hotel until very recently and therefore some rooms still had that smell to it. Luckily, I was able to switch quickly to a former and of course current non-smoking room and everything was fine. The room was big and bright and had a huge window front overlooking parts of the city. The bed was soft and comfortable and big enough for two tall people. I really loved that even the bathroom had a view. I must admit I had to get used to the Japanese toilet first but eventually liked all its high-tech. And by high-tech I mean that it opens up when you approach it, it makes this waterfall sound the first 30 seconds of your visit to cover up any other noises and you can even heat up the seat. Not sure if I would like the last feature, maybe when it’s freezing cold but not in summer. 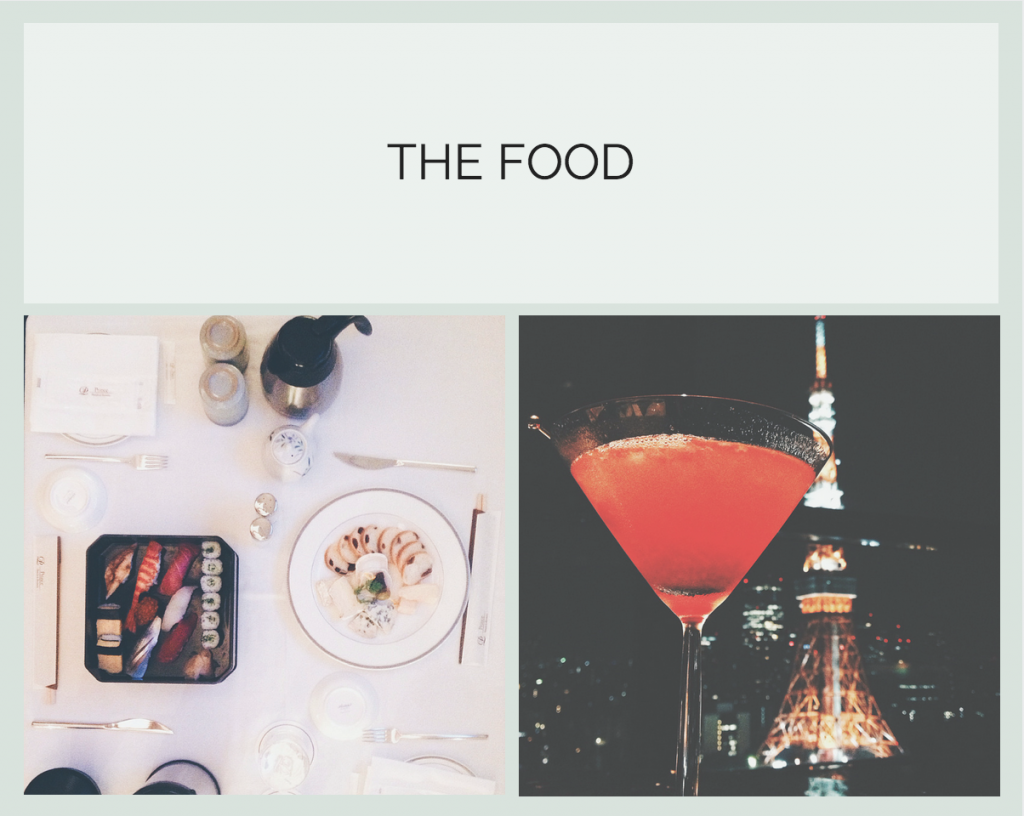 The Food
When it comes to hotel food I can be very picky. The breakfast was included and I could choose between a Japanese breakfast on the ground floor, a set American breakfast or a breakfast buffet on the top floor. I have lived in Asia for quite some time now but I still can’t get used to Asian aka hearty breakfast. So I skipped the sushi and alike and decided to go for the breakfast buffet because I don’t like pancakes and bacon during the week either. I usually don’t fancy huge breakfast buffets as I like my routine of sugar-free oatmeal with soya milk and fruits. Believe it or not, it often fails because of the oatmeal or the sugar-free. Lucky me, the hotel did offer some kind of healthy looking muesli and soy milk and fruits. During the weekend I also tried some of their other foods like the pancake and French toast but that was a sheer disappointment as these were made in advance and tasted cold and dry.
Quite unlike the breakfast the room service food was great. We ordered a cheese platter and a sushi platter and especially the sushi was far beyond expectations. As mentioned before a visit to the bar is a must-do when staying at The Prince Park Tower Tokyo. The atmosphere is chilled and relaxing, the service very friendly and the view amazing. 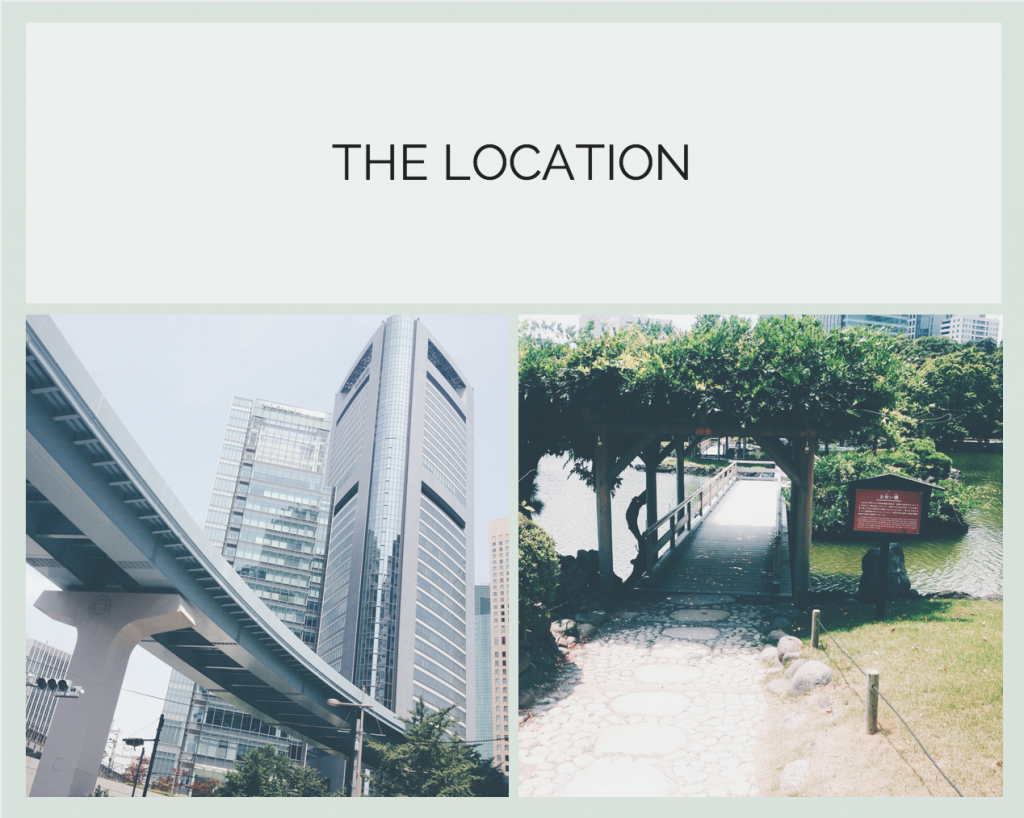 The Location
The Prince Park Tower Tokyo is located right in the middle of Tokyo with many attractions close by. It has several different metro stops near by which makes it easy to explore Tokyo from there. Whilst the hotel is at a very central point, it is situated in the middle of a big green park which houses solely a temple and the Tokyo Tower. Shops and restaurants are further away and you need to walk for at least 10 minutes to get to busier streets. However this also has a great advantage as the hotel is literally an oasis of calm, away from all the hustle and bustle of Tokyo’s streets.
From and to the airport I took public transport as I didn’t want to pay 300 USD for a taxi (and that is one way). It takes 1.5 hours from the airport to the hotel. I first took the KEISEI skyliner (speed train) which brings you to the cities metro system and close to the city center. From there I hoped on a metro train and then again on to the hotel shuttel which runs every 30 min or you could walk for 10 min to the hotel. There are other metro stations closer to the hotel, just not the one that brings you in from the airport.

I can definitely recommend The Prince Park Tower Tokyo for business traveler. I personally would choose a more authentic and smaller hotel next time I am in Tokyo similar to a traditional Japanese home that they often show in movies.

Previous Post: « 24 Hours in Portland – How Much Can You Eat & Drink?
Next Post: Cheap Eats in Hong Kong Kong // Western Food on a Budget »