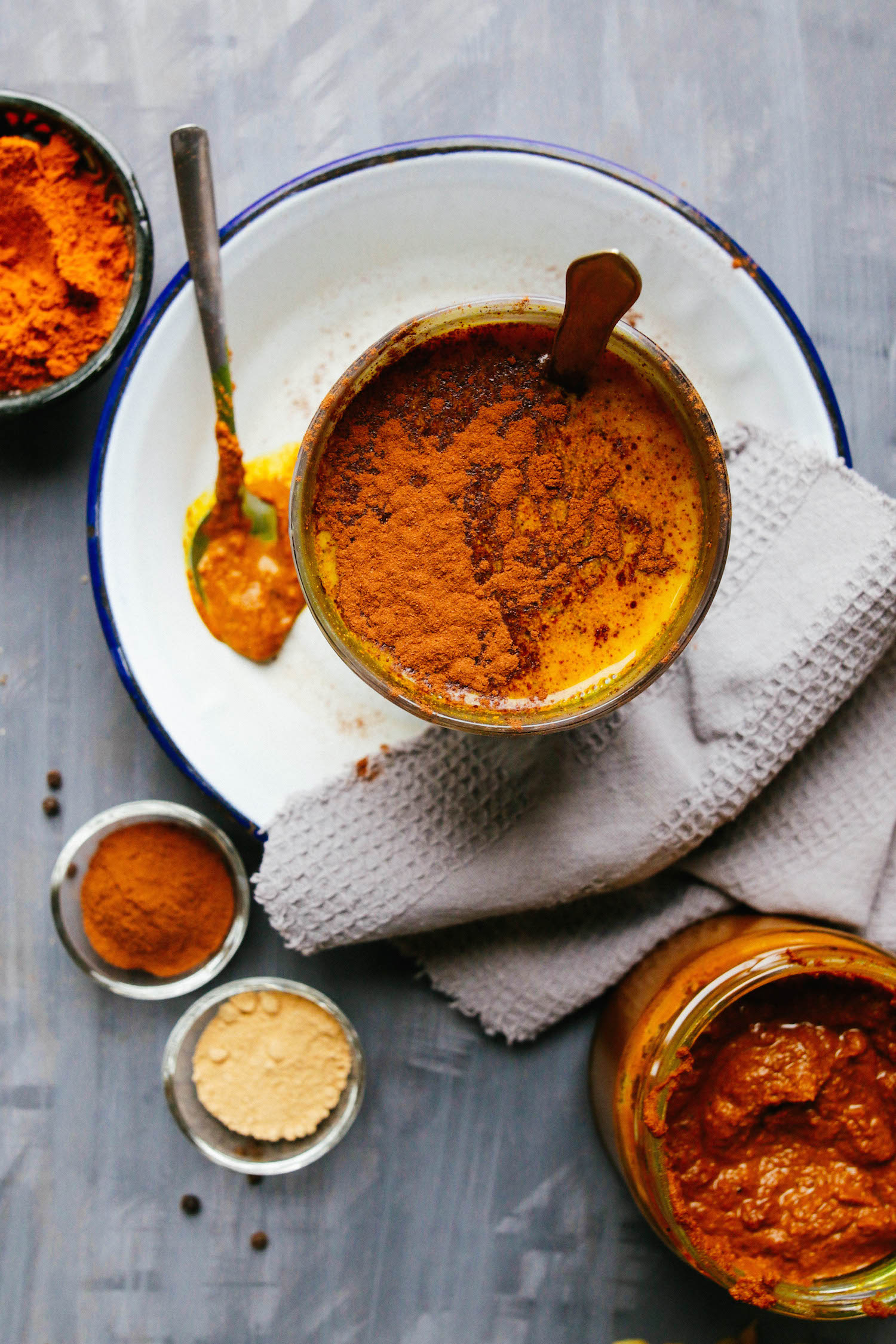 You know what’s been my all time favorite comfort drink until recently? Coffee! And you know which drink won my heart and warms my soul since lately? Golden Milk! Drinking a warm cup of golden milk at sunrise or enjoying it before going to bed gives me an absolute feeling of comfort. And that color! It reminds me of summer days and sunflower fields. And the taste makes me think of cold winter evenings snuggled under a blanket with my cats. It brings back childhood memories when my mum would wake me up every morning with a cup of warm honey milk, a daily routine that she would uphold until I was 6 years old.I secretly still wish she would have continued serving it until I left the house at age 19.
We didn’t have many food traditions at home but the hot milk with honey was one that I really enjoyed. So when I made golden milk for the first time, it kind of brought me back to my childhood mornings. Since then I appreciate a cup once or twice a week, especially in the evenings as it calms me down and my body appreciates the relaxing ‘fuel’ just before bedtime. 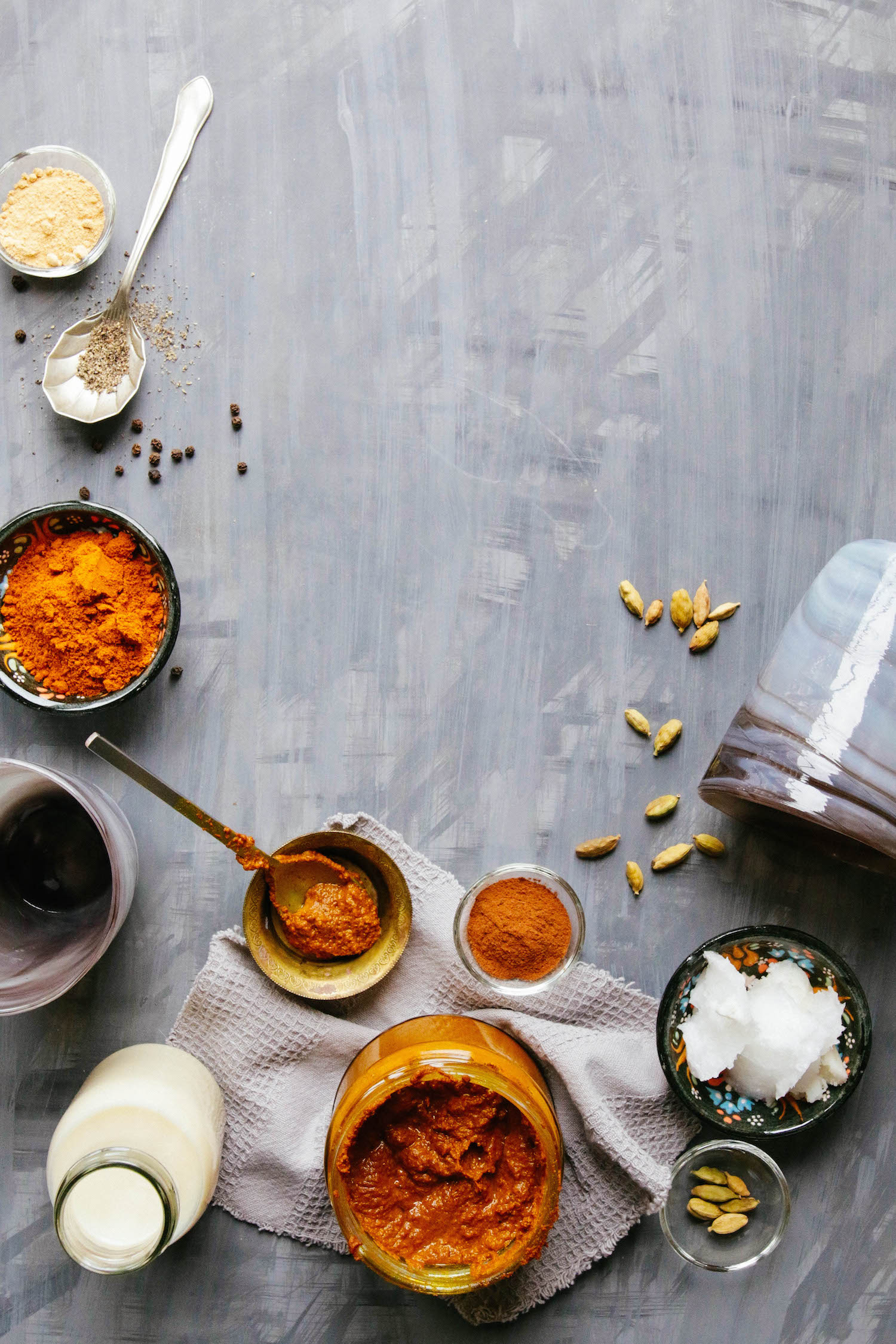 And although I love how golden milk makes me feel I disliked preparing it. Until I realised that I could also do a paste which would just wait for me in the fridge every time I was craving this magical drink. I then would just add a teaspoon of the golden turmeric paste to my warm almond milk. 30 seconds of effort per night is something I can handle.

So far I only used the turmeric paste to make golden milk. But I’m already thinking about adding it to other recipes. Think golden breakfast oats or spicy banana turmeric smoothie. If you skip the cinnamon you could also add it to soups, curries and sauces. I’ve collected a few recipe links that do a pretty tasty job with turmeric. 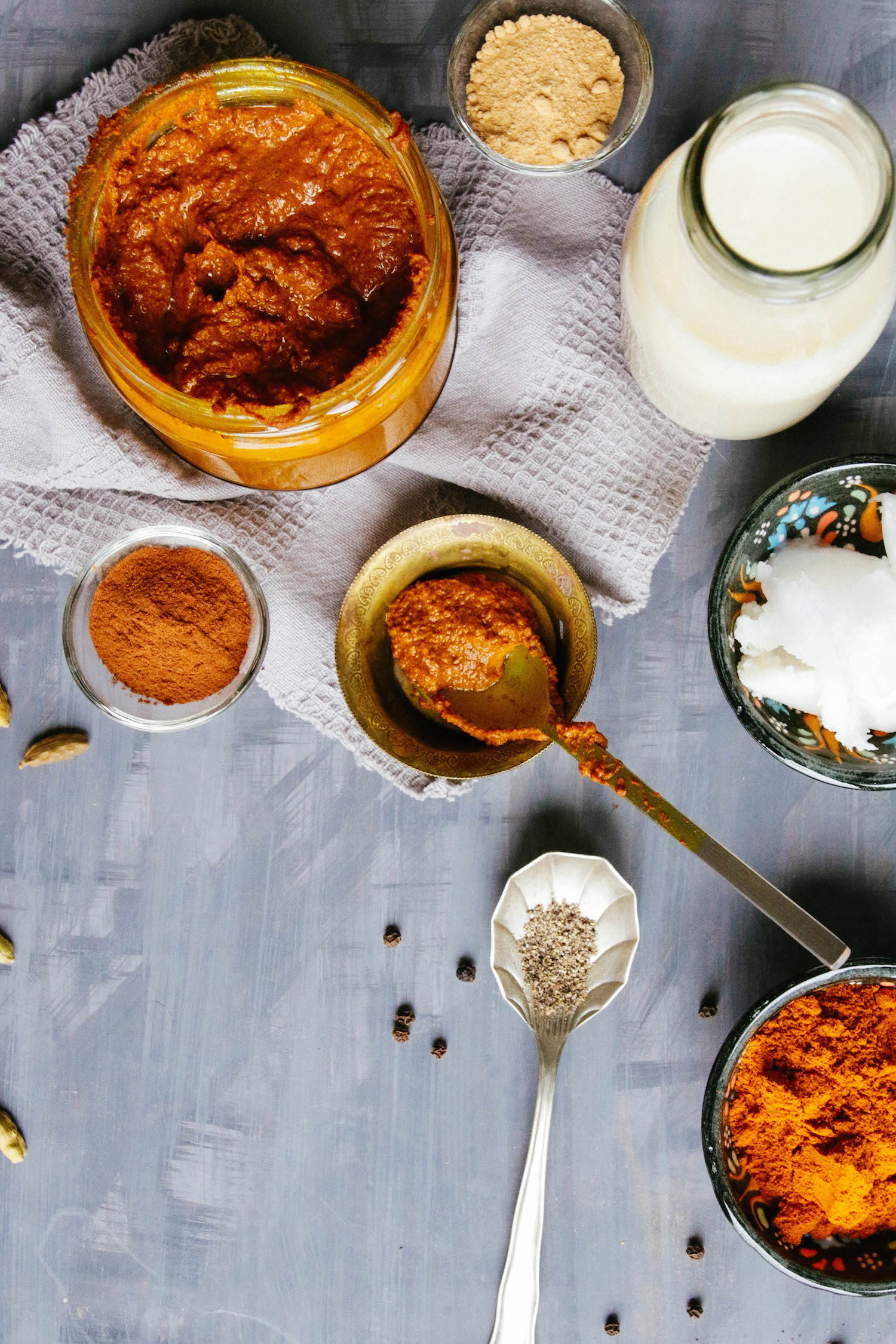 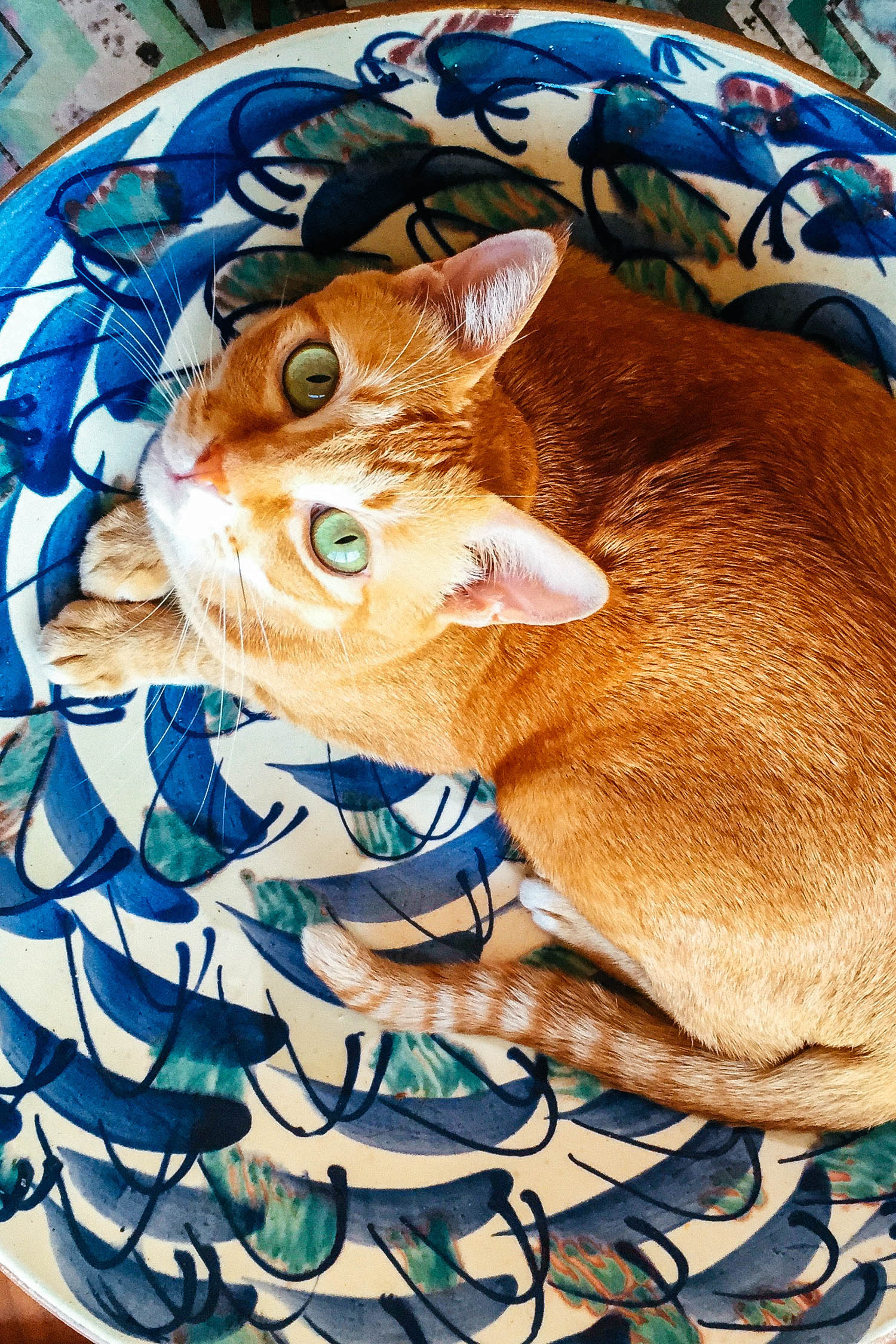 How To Make Golden Milk with Turmeric Paste 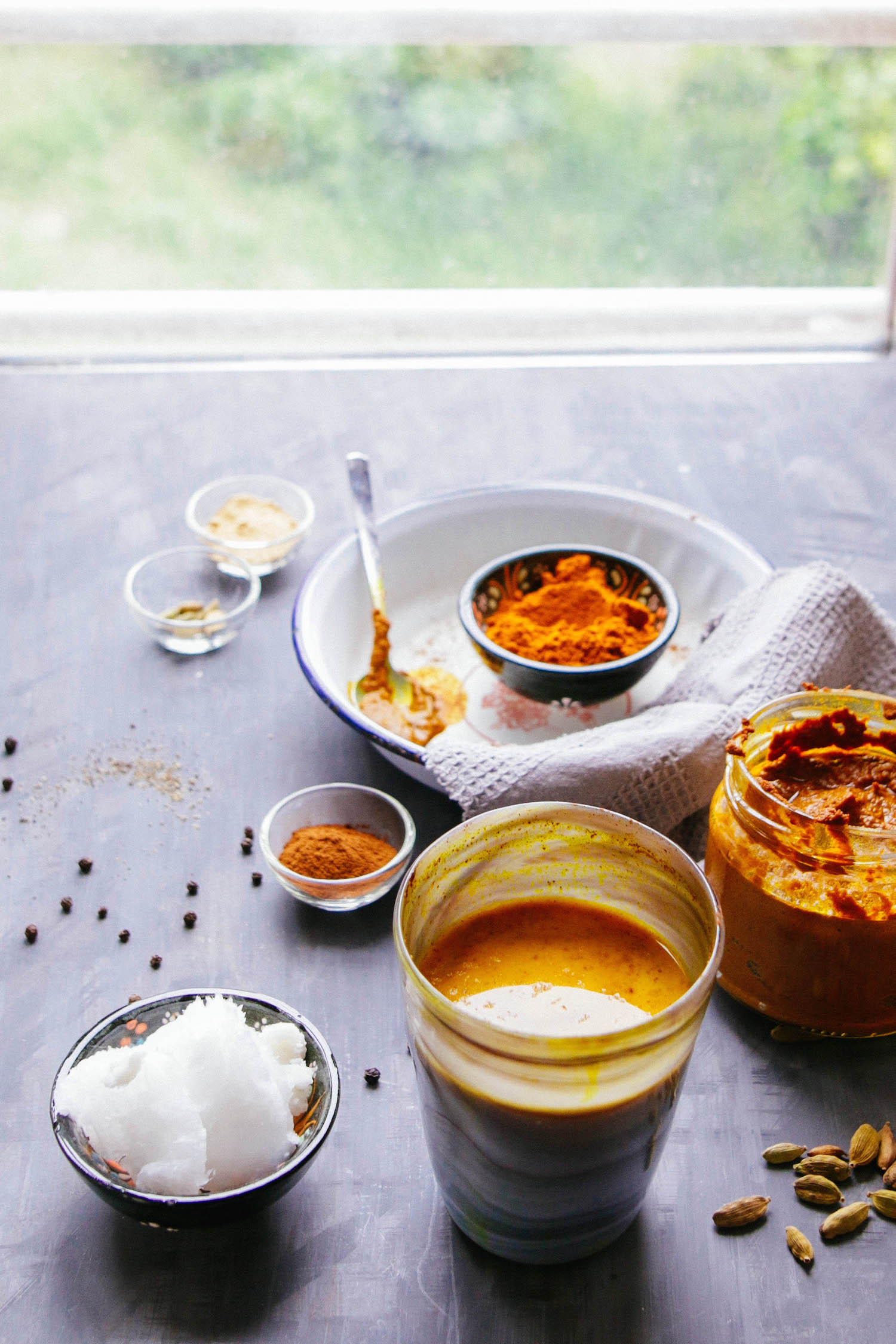