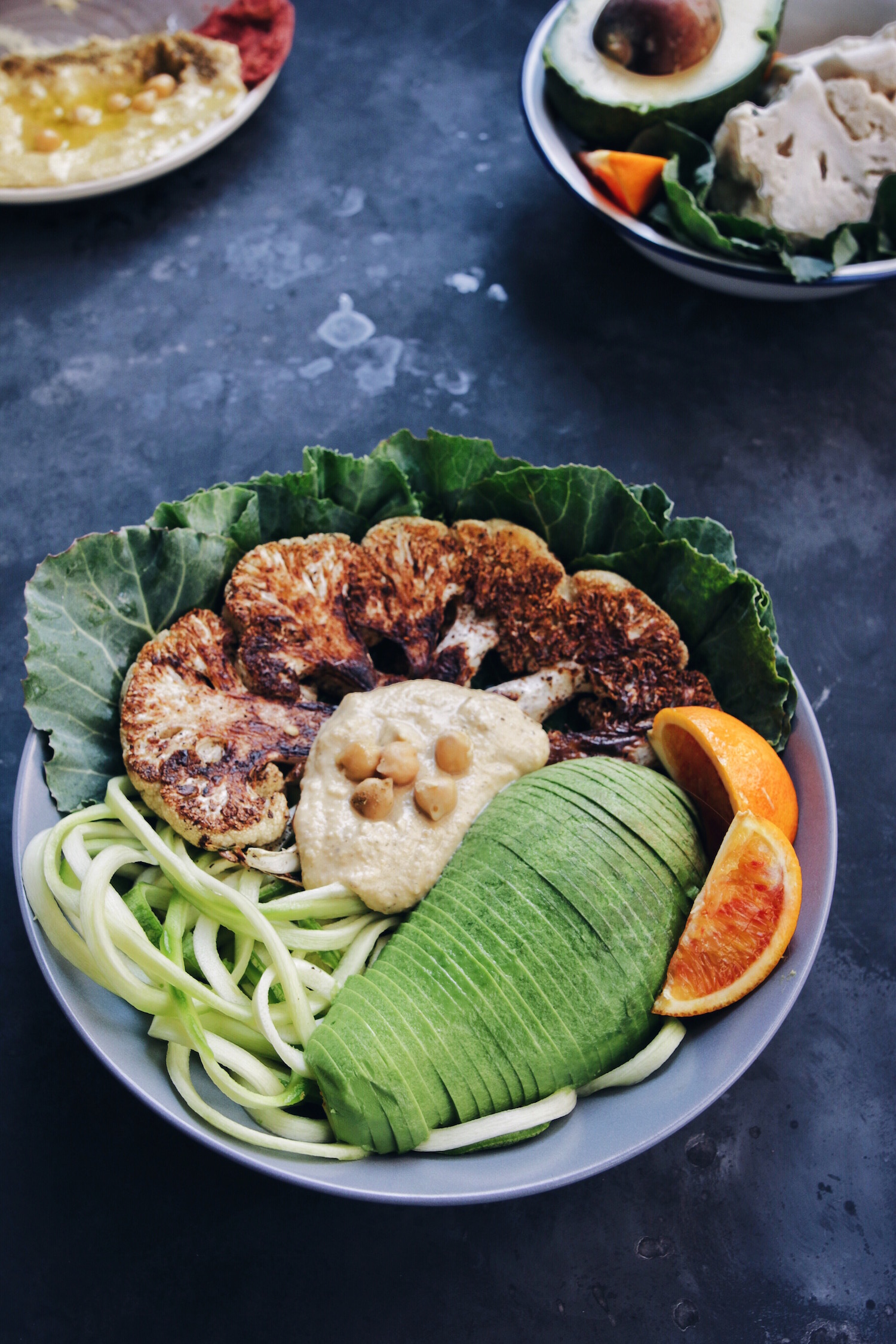 I’m doing a 5-days raw food diet, so this roasted cauliflower bowl with cinnamon and cumin is pretty much the incarnation of food paradise right now. It’s raining outside and considerably cold. I long for a cup of hot tea and well … roasted veggies. I wouldn’t even mind eating them cold, I just love the flavour of roasted vegetables and fruits (baked banana anyone?).

It all start with the process of preparing your food to be roasted in the oven or in a pan, followed by an insanely delicious smell that fills your kitchen and warms your hearts and ends with a richly satisfying bite. Before I started my hobby cooking career (I now spend more than 10 min in the kitchen to make food), I would roast about everything – preferably in a pan. Pan-roasting vegetables is not only the easiest but also the best way to bring out intense flavours. You can literally roast every vegetable and I think it completely changes the taste. Do you also know quite a few people that don’t like steamed or cooked cauliflower or brussels sprouts?  That’s the thing, it’s almost like a tradition – my family did it, yours maybe too but a lot of others for sure – cooking, and even worse, overcooking vegetables. Here is the not-so-secret secret. Roast your cauliflower and brussels sprouts instead. 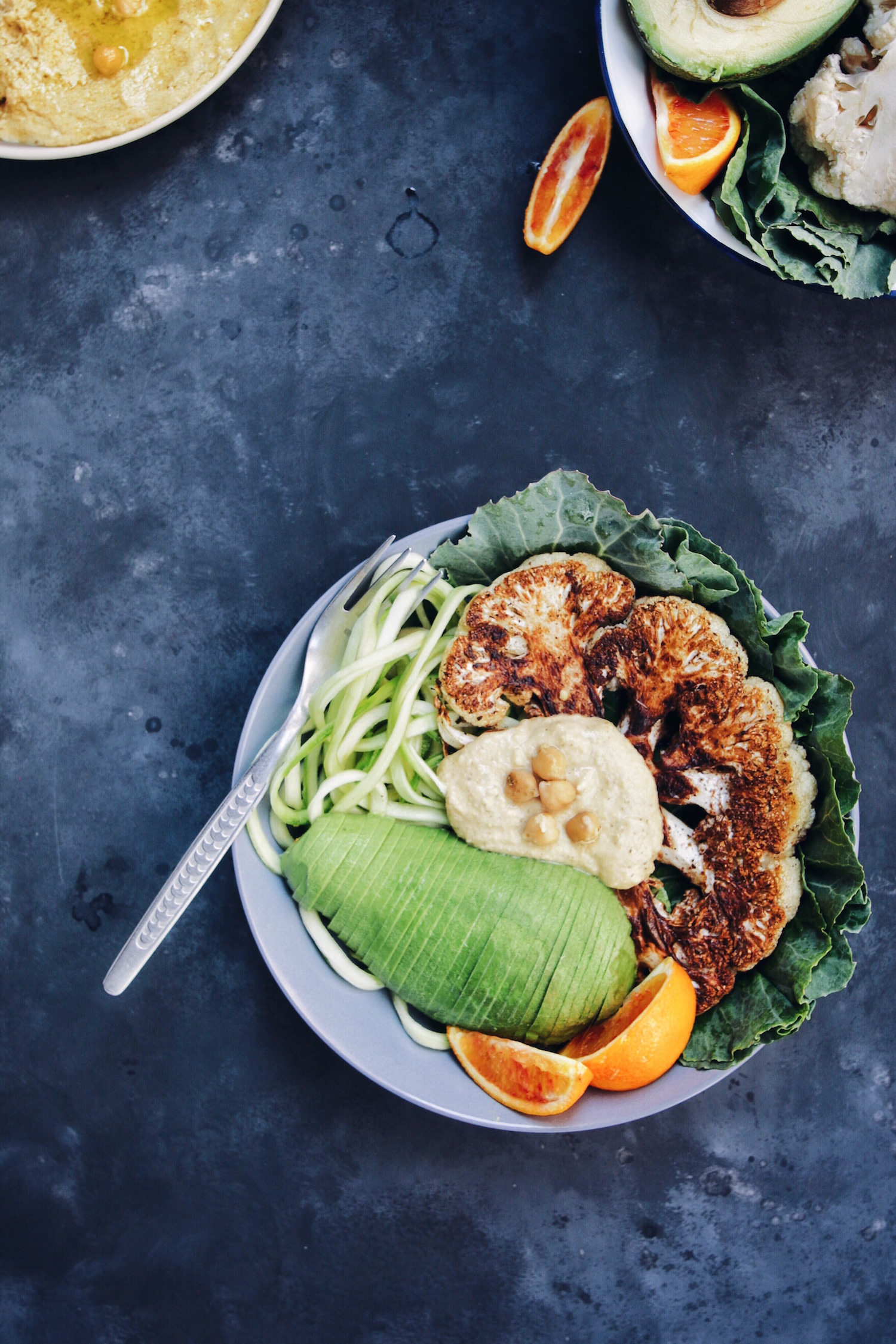 This veggie bowl came together like most of my veggie bowls. Opening the fridge, checking for leftovers and adding them to a bowl. Except this time, we had a first-time guest to the ‘lunchy bowling’ show. The roasted cauliflower with cinnamon and cumin. Both spices do not only remind me of my time in Egypt but they each have amazing healing benefits and a warming effect throughout the body. So adding cumin and cinnamon to your roasted cauliflower is a win-win. It’s delicious and keeps you warm and healthy. 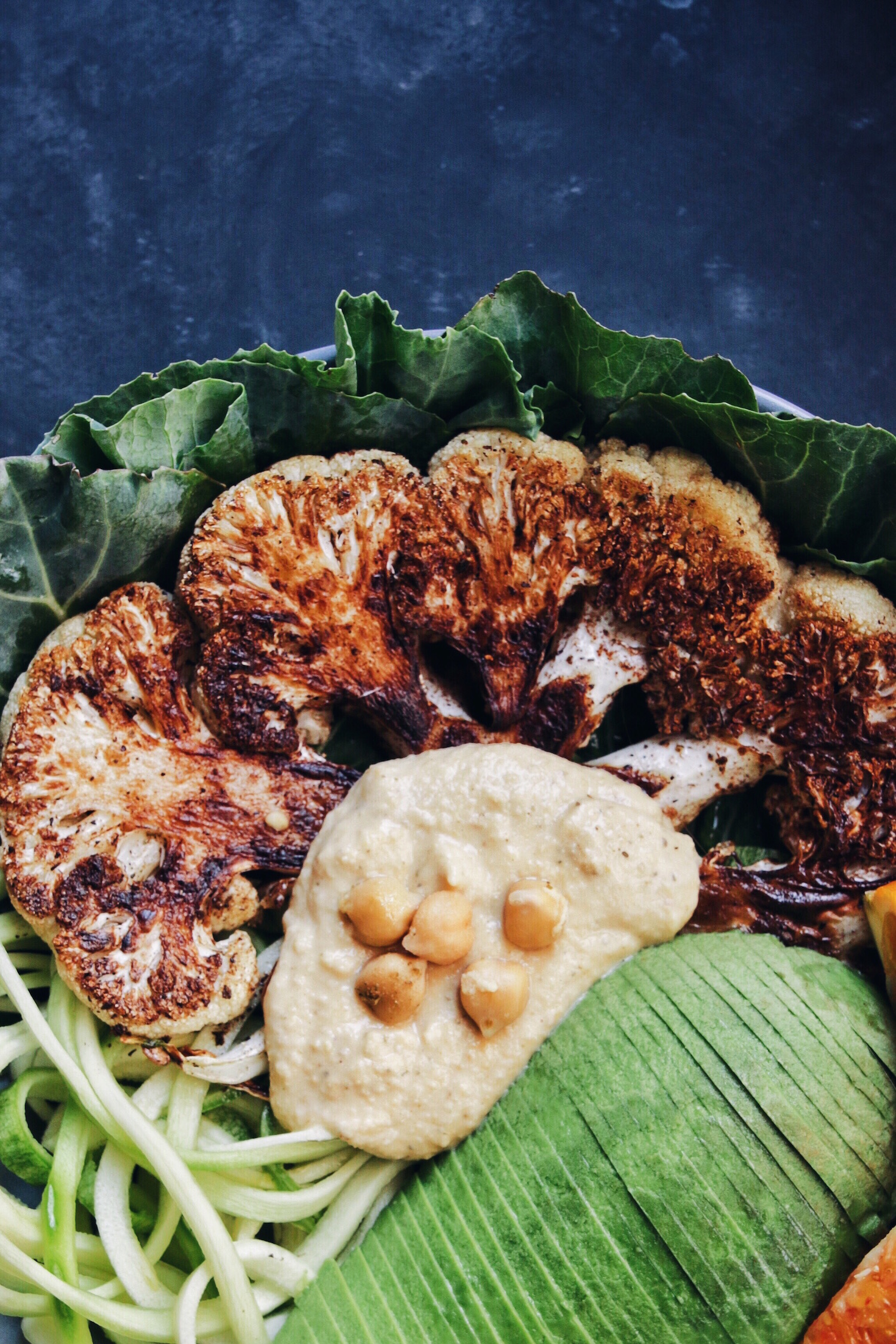 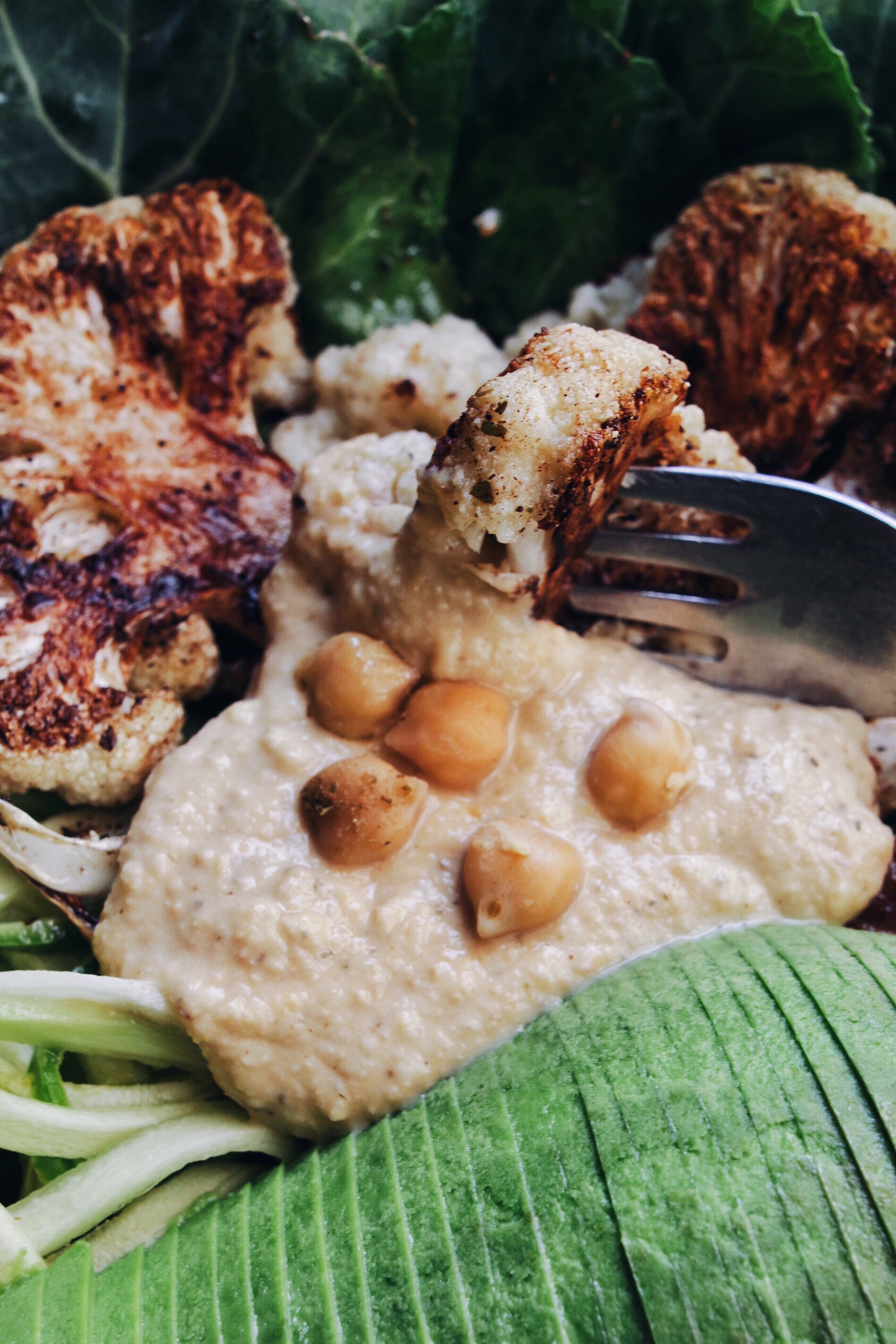