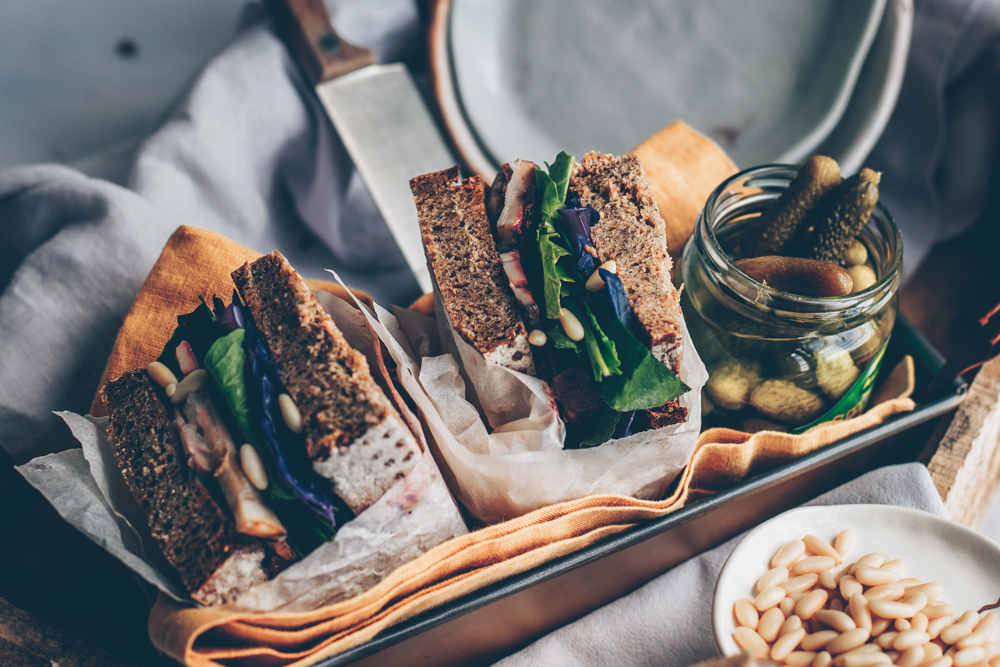 I’m finally back to cooking and writing after some wonderful but challenging weeks abroad. Two weeks ago my trip started with a short weekend in Zagreb where I held my very first food photography workshop. I’m still in a little bubble and so happy with how it went. The feedback from the participants was amazing and I really enjoyed teaching. The workshop itself was only 2 hours long and in front of 30 food bloggers. Though the time was almost too short and the group slightly too big, I have taken so many learnings back home. It’s always great to talk to people directly and see their responses as to sitting at home and coming up with questions people might ask or want to know more about.

Apart from the workshop I finally saw Lili from Travelling Oven again. We met the first time exactly a year ago when we both attended one of Marte Marie Forsberg’s workshops. We have stayed in tough ever since and Lili is now living in Zagreb. One of the participants as well as speakers of the workshop was Maja of Delicious and Healthy by Maya. I’ve known Maja since the very beginning of my Instagram days but this was the first time we actually met in real life. I love connecting with people online but its the greatest joy and fun getting the chance to spend time with them offline too. 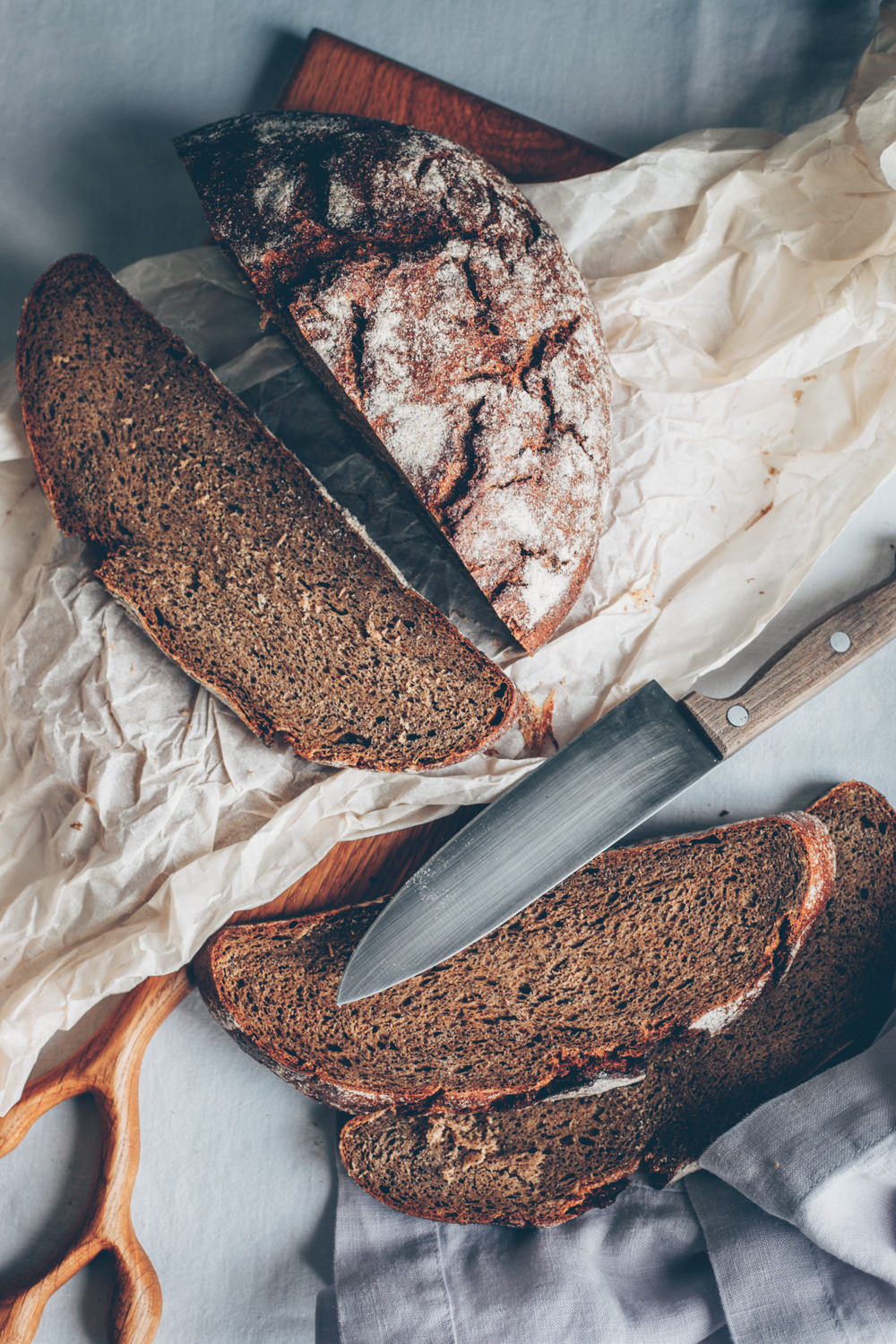 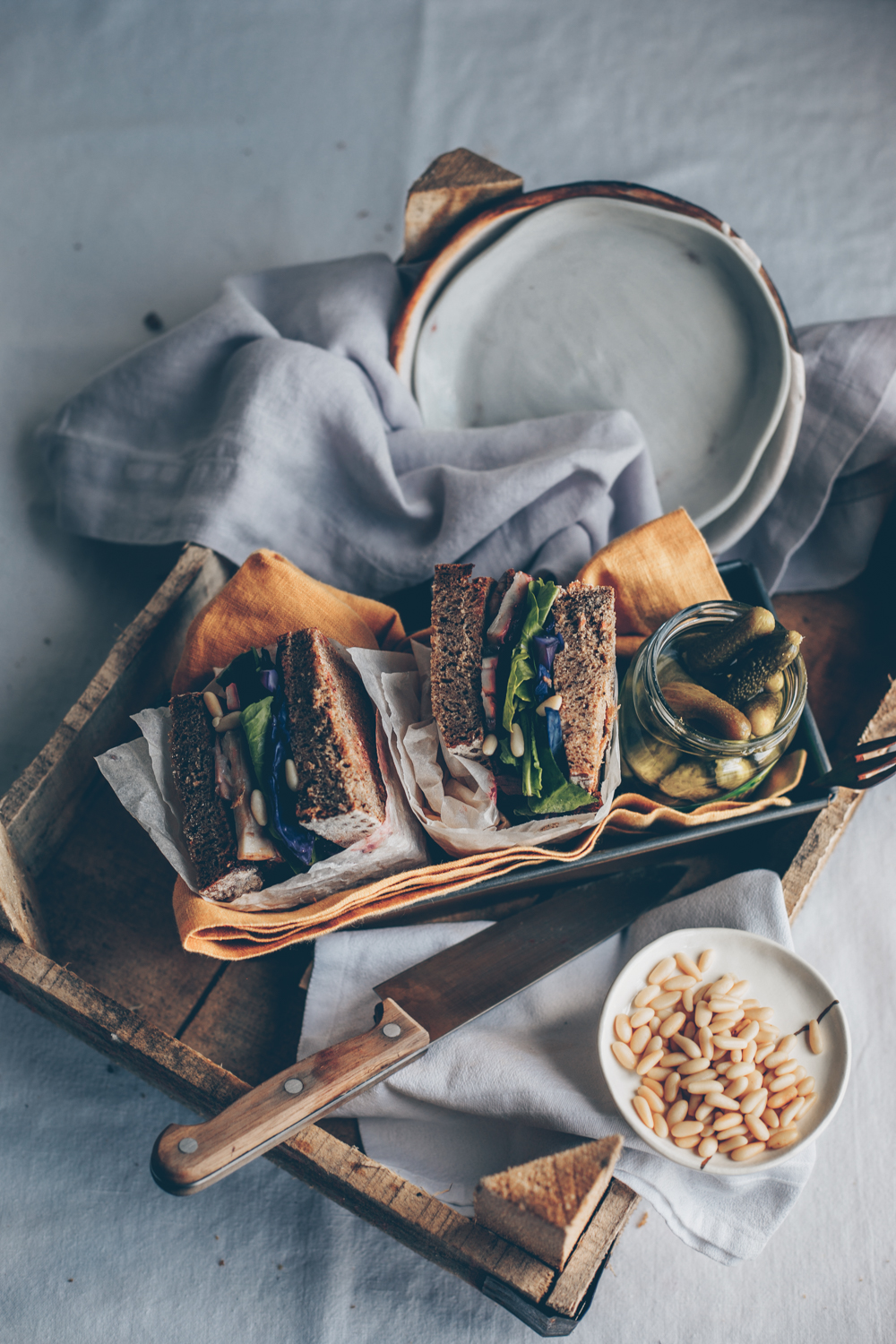 I’ve also made a few new connections with bloggers that I’ve never heard of before but who are truly talented and passionate too. One of them is Sara, Italian food blogger and life saver. As I arrived super late on Friday night I was not able to prepare a cake for my workshop on Saturday morning. Sara was so kind to bake one for me on Friday. You can find the recipe for my workshop cake and that delicious white chocolate glazing and some photos of the workshop here and here.

With a short stopover in Istanbul to unpack and pack my suitcase, I continued my trip to a new country. I had never been to Russia before and the thought of spending a week in Moscow and then St. Petersburg was quite exciting. On the one hand I was thrilled to explore yet again a new country and its culture. Though on the other side I was sceptical that the Russian food and I would get along.

Generally I’m not very strict when it comes to eating vegan. Especially when travelling I rather try local food than eating the same things I would get at home. However there are some countries where this approach has been challenging. Visiting Romania where people (outside of Bucharest) mostly eat meat, one kind of cheese, bread and potatoes was quite a challenge for my body and stomach. I don’t mind eating lots of cheese and bread for a day, but not for a week. I need some vegetable dishes and fresh fruit and salads every now and then. 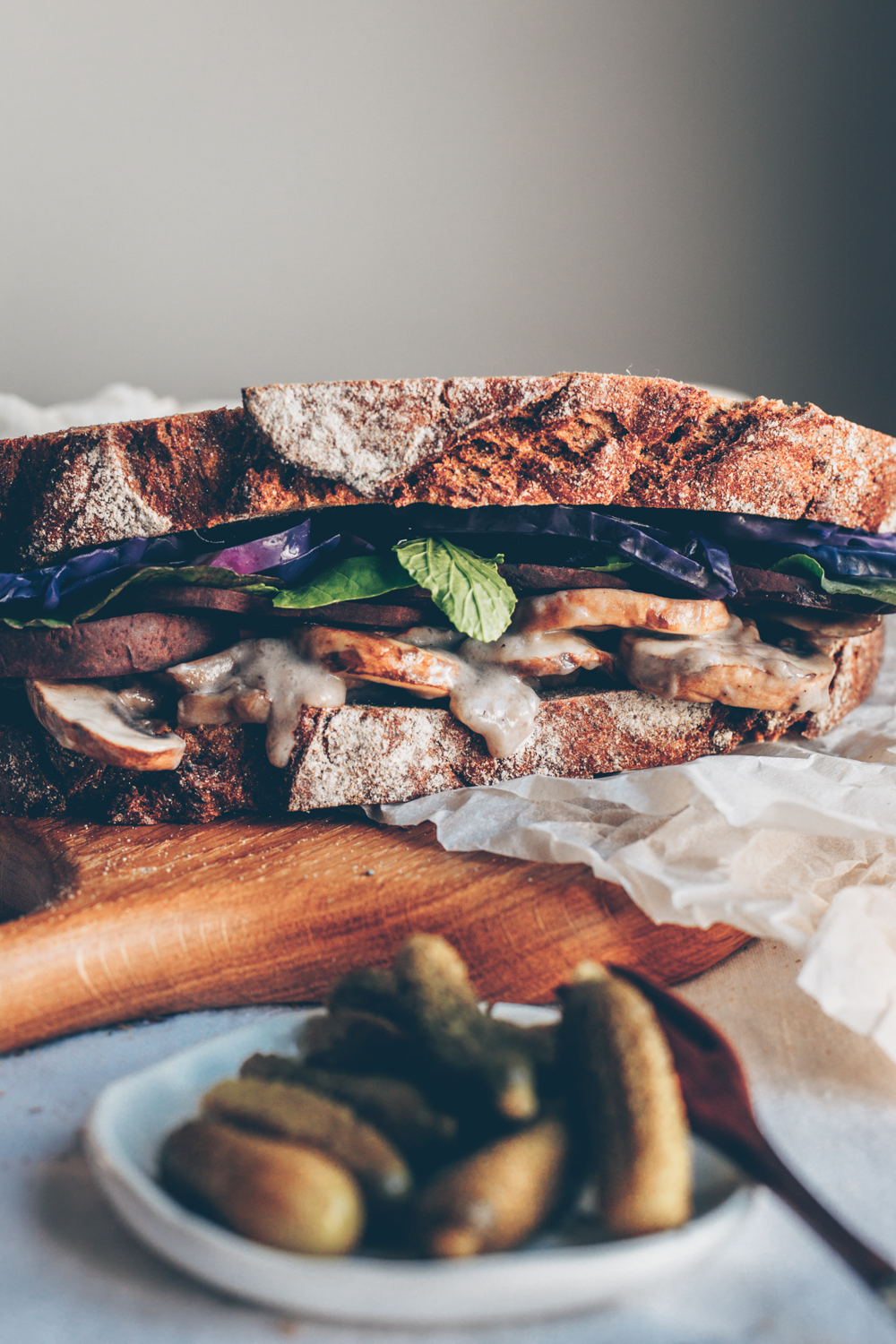 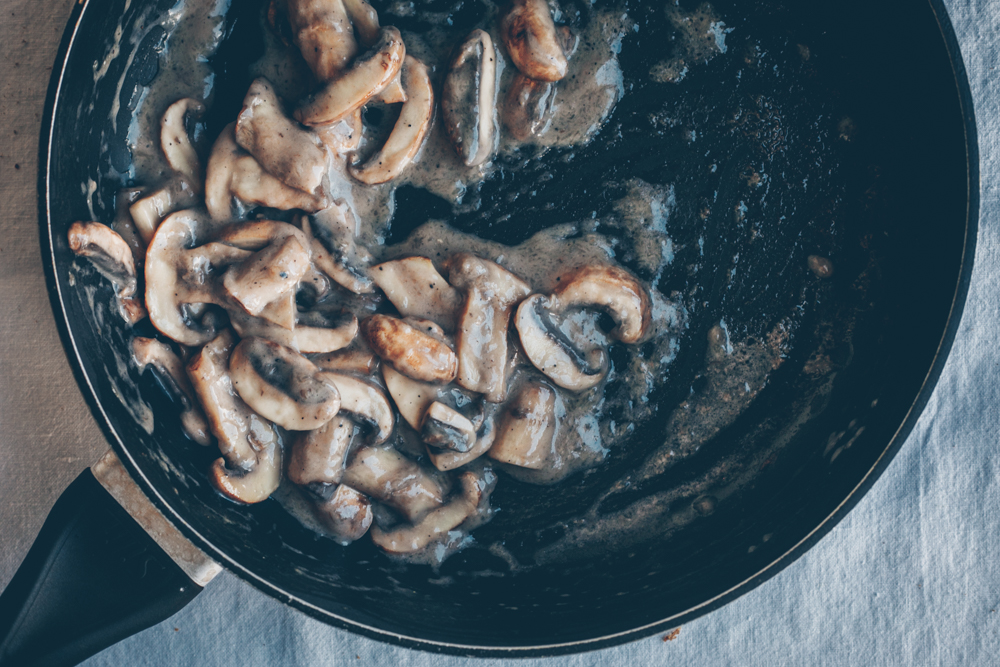 So when I planed our trip to Russia I was expecting, well, a week of meat and bread. After all that’s what Russians eat, right? Wrong! To my surprise I really enjoyed the food in Russia. Why? Because it reminded me of home. I come from a part in Germany which is known as the former GDR or East Germany. I’m old enough that I spent a few years in that socialist country before the wall came down. In my early but also late childhood I ate a lot of the foods Russians eat today.

Grains like buckwheat, rye and barley are very common in Russian cuisine. What I noticed is that instead of wheat porridge, many breakfast cafes and restaurants but even supermarkets offer buckwheat porridge. Funnily grains like buckwheat, spelt and millet are kind of trendy at the moment in the ‘western’ world but in Russia it’s a traditional and everyday food. Root vegetables like beetroot and potatoes are very popular vegetables too. Now you might think that beetroot and potatoes are boring but I found that the recipes made of these two were quite creative and satisfying. And to my surprise mushrooms, cabbage and sour cream were on almost every menu in one form or another.

While I’ll be sharing more authentic Russian recipes soon, I start with a Russian inspired Rye Bread Sandwich. Dark dense rye bread is still a favorite of mine and luckily there was an abundance of traditional bakeries in Russia that reminded me of my childhood visits to buy freshly baked bread. We oftentimes buy local bread as a souvenir to bring back home. So on our last day in St. Petersburg we got a huge, round, slightly sweet rye bread and made sandwiches on our first evening home. I topped them with a few typical Russian ingredients like steamed cabbage, beetroots, creamy mushrooms and some pine nuts. One word about cabbage. I always assumed that cabbage is Russia is served overcooked and mushy. Again, I was quite surprised to see that Russians love cooked but crunchy cabbage. Just like me. 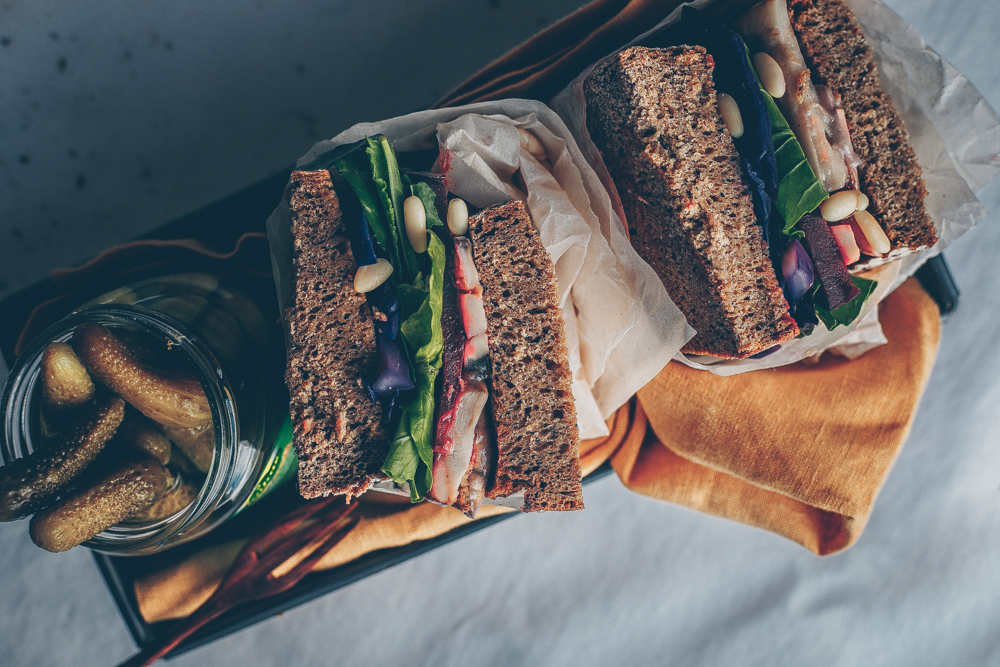 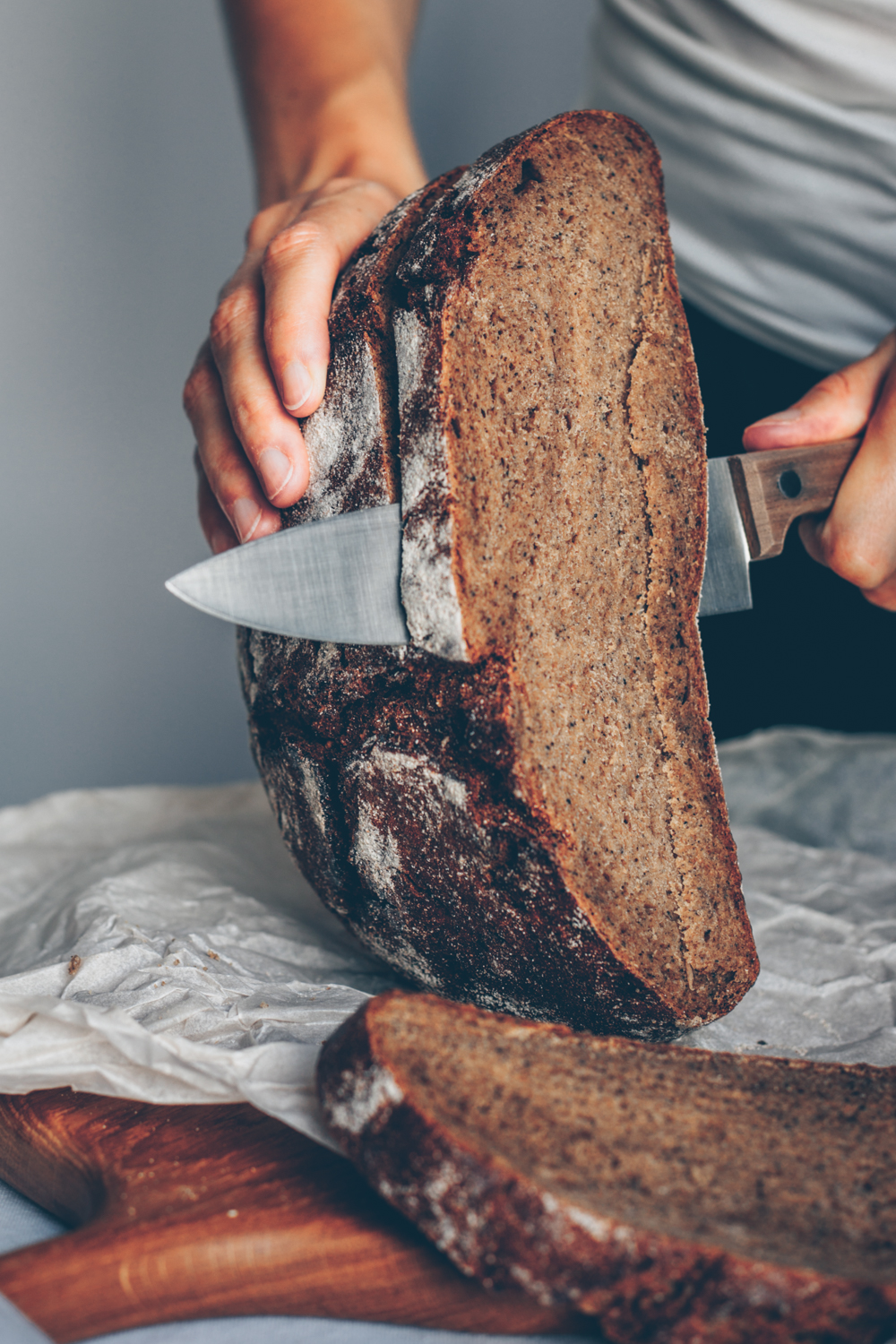 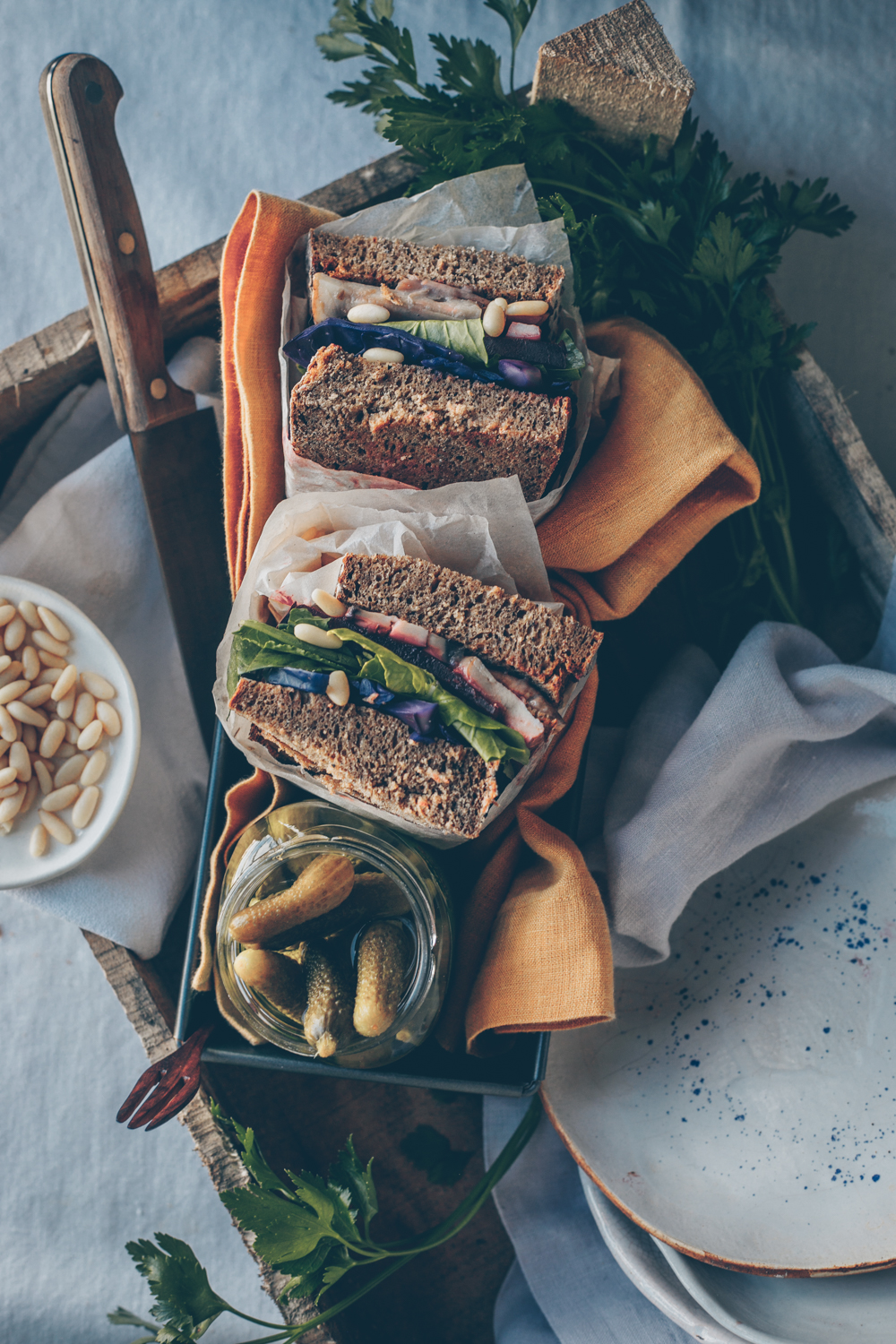 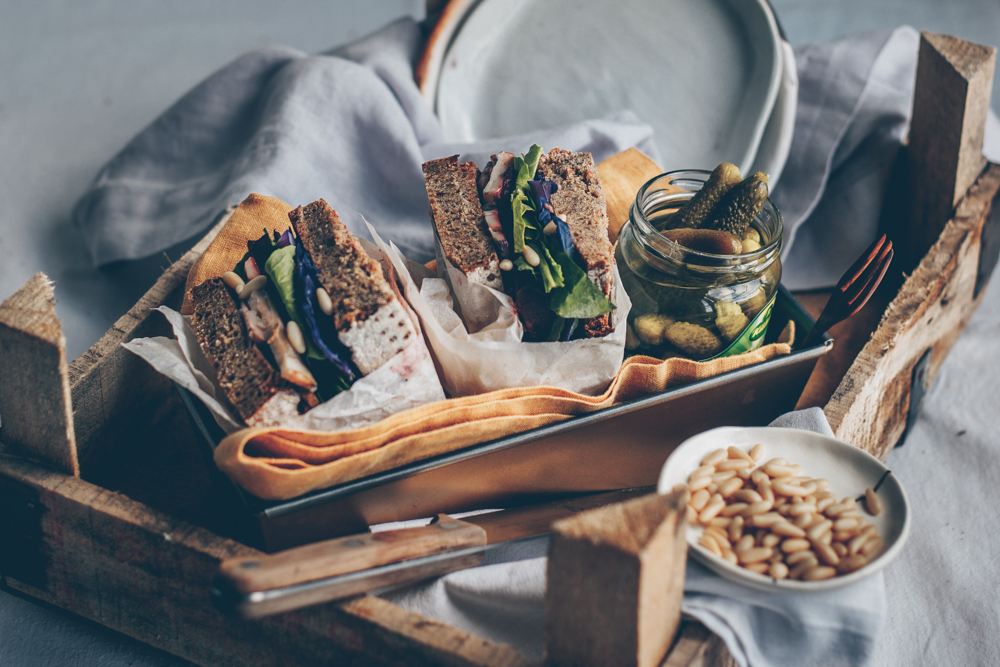