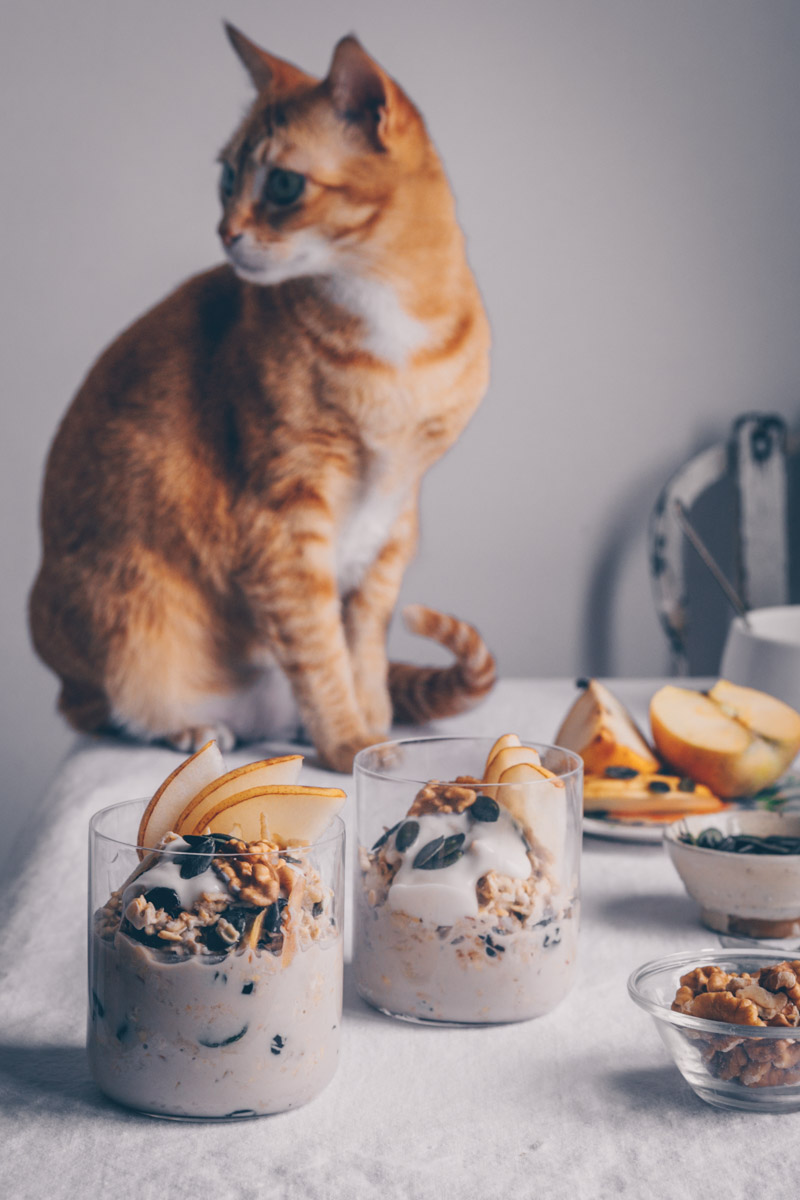 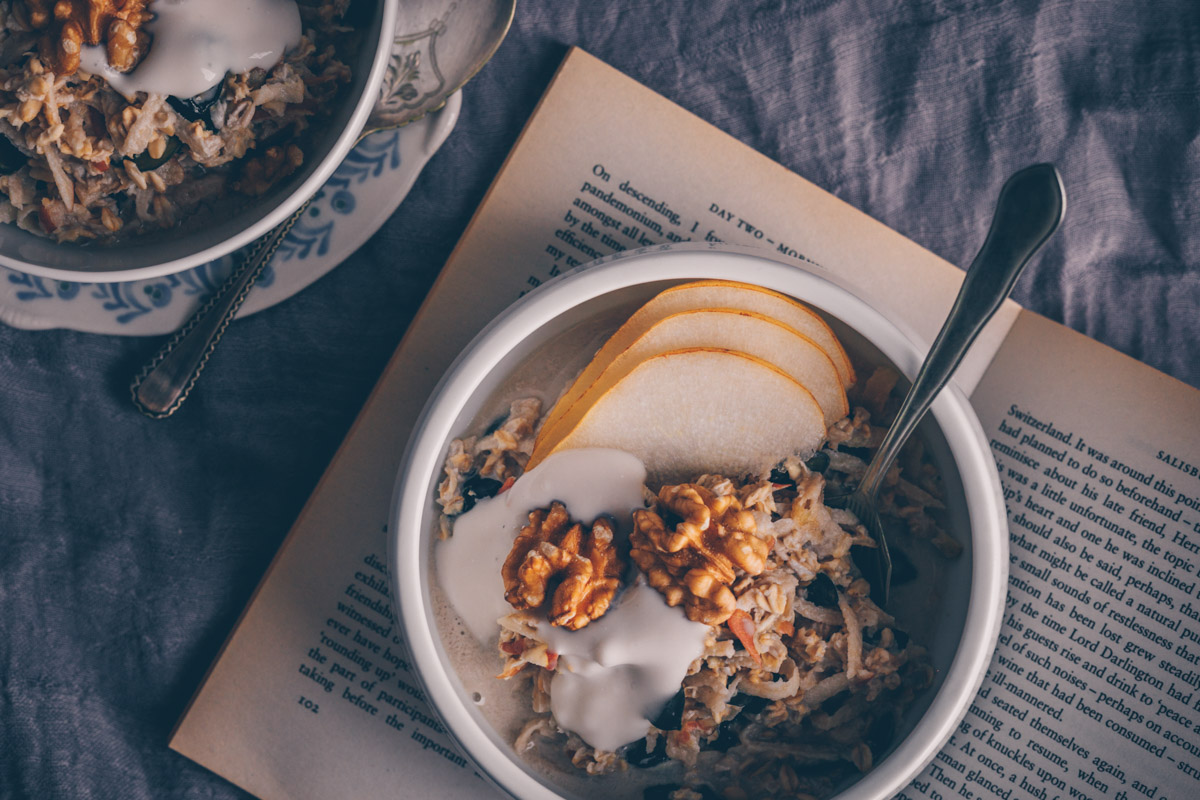 Therefore I did some research as I wanted to recreate the original recipe rather than coming up with yet again a fancy and modern take on it. But the 1900’s version of Bircher muesli called for only one tablespoon of oats. I mean, that’s great but I still wanted overnight oats and not some kind of apple sauce for breakfast. Initially Bircher Muesli was more about the apple than the oats. So I kept that in mind when I created the recipe and apart from grated apples I also added apple juice to the recipe. Other than the oats and apple, the original Bircher muesli recipe also called for hazelnuts, water, lemon juice and sweet condensed milk.

As you can see from my recipe, I did some minor changes. I swopped the water, hazelnut and condensed mylk with creamy homemade almond mylk and a dollop of yoghurt and instead of crunchy hazelnuts, added some softer walnuts. I also added dried cherries and pumpkin seeds to make the taste and texture more interesting. But all in all, this vegan Bircher muesli is very apple-y, just like Maximilian Bircher-Brenner liked it. And I also love it. And I hope you do too. 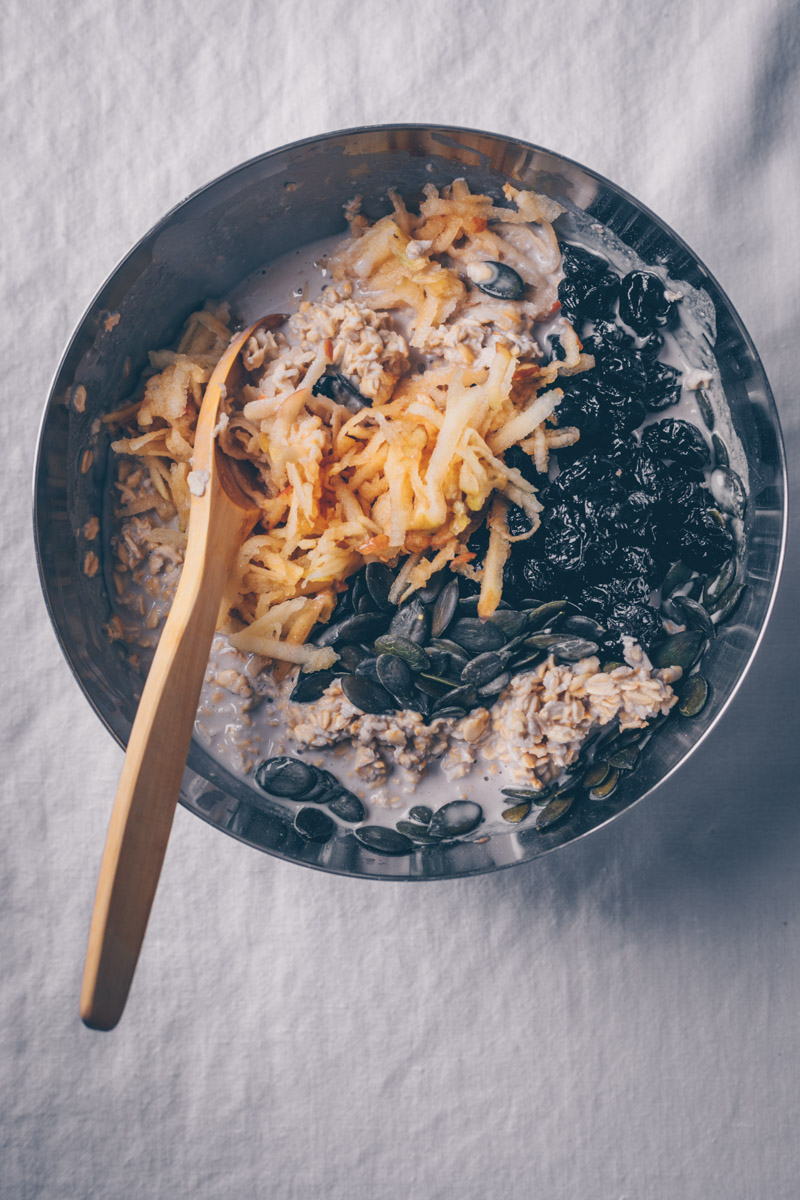 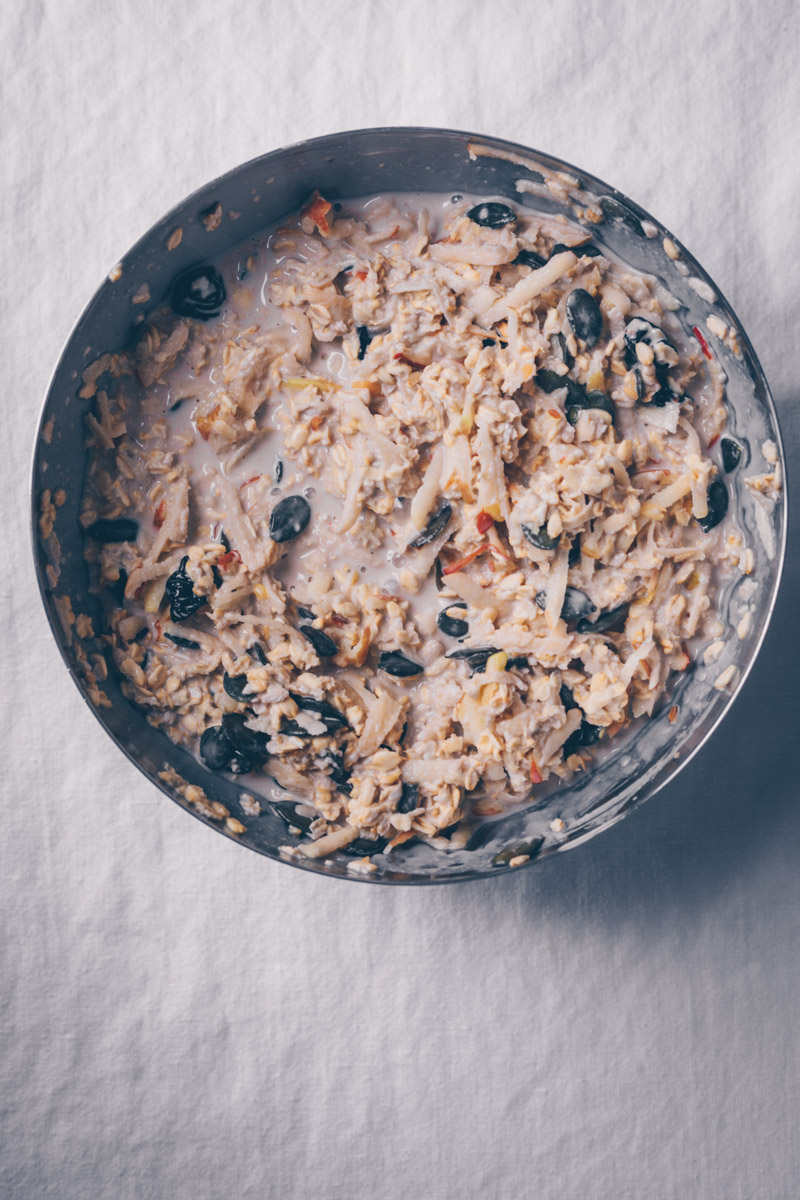 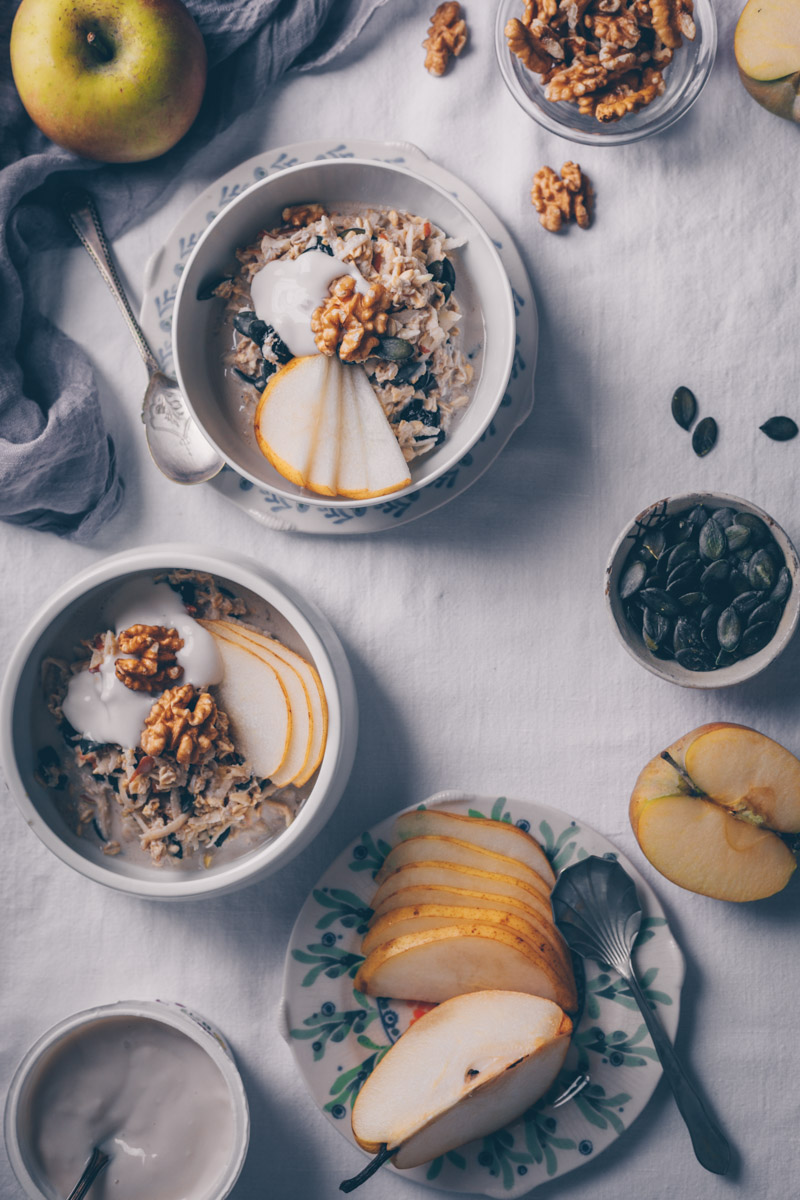 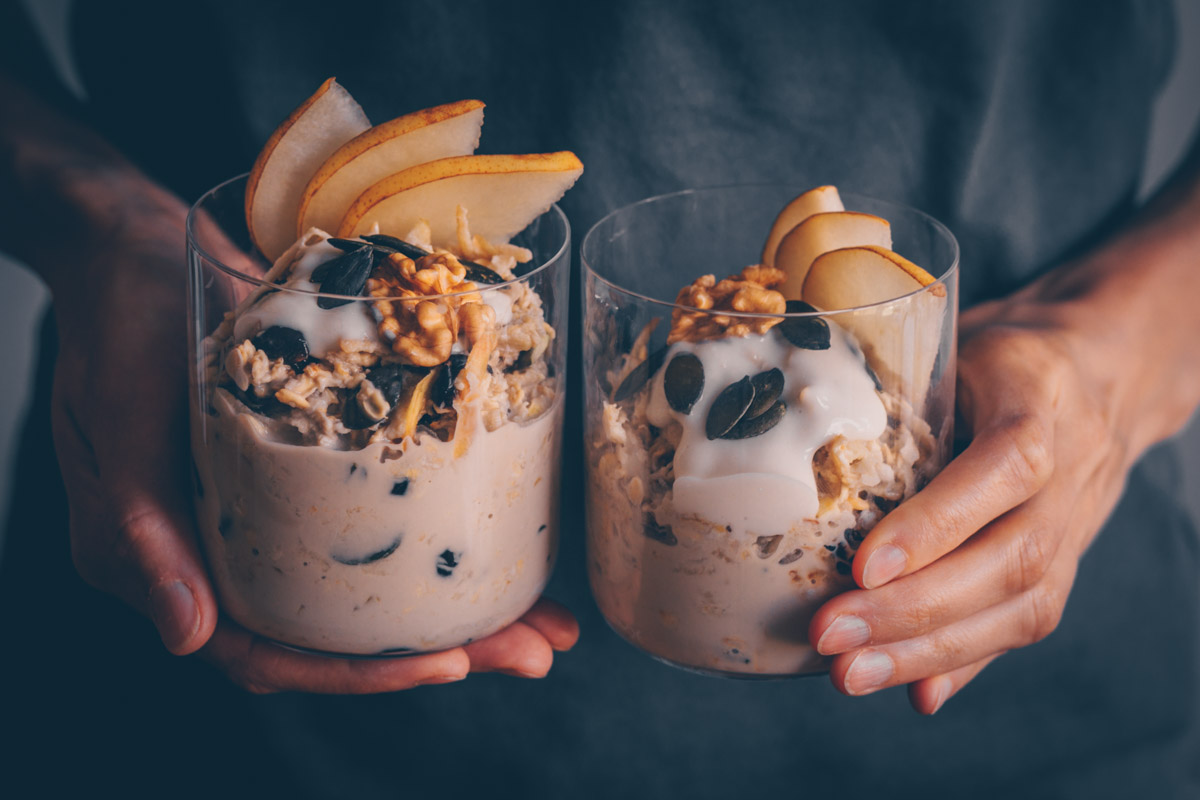 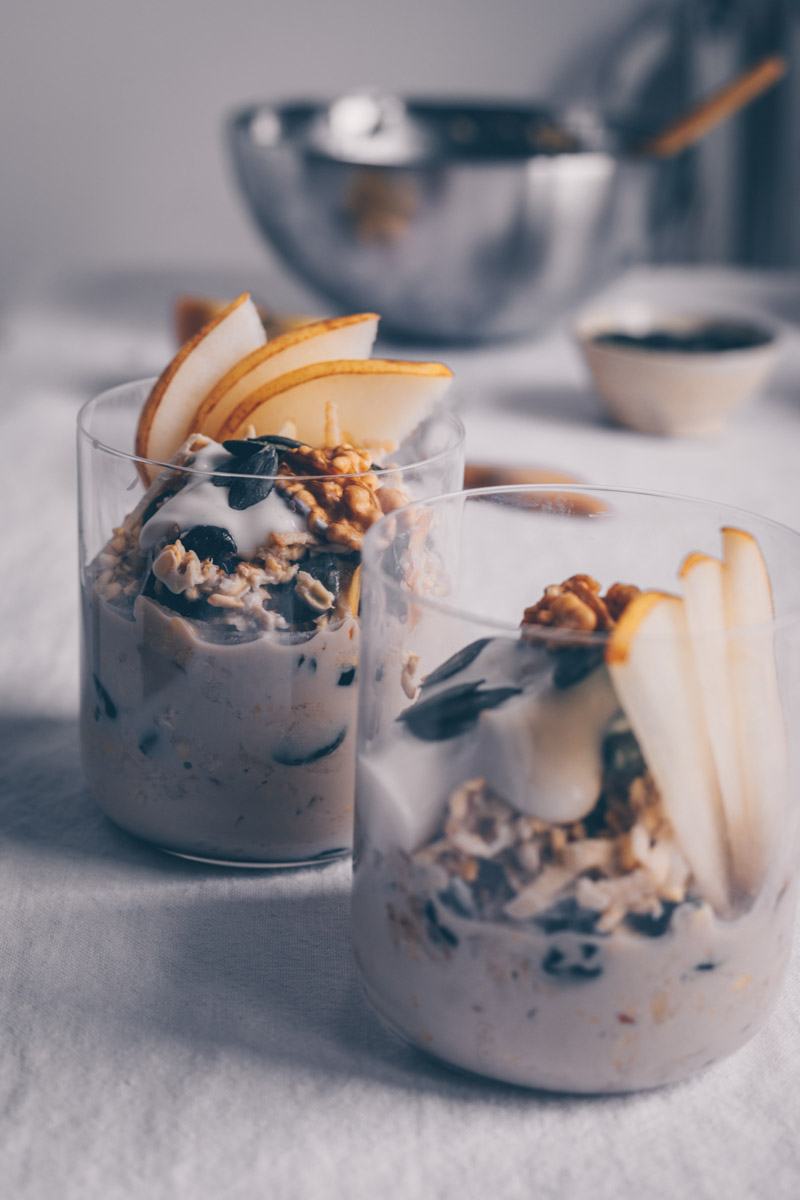 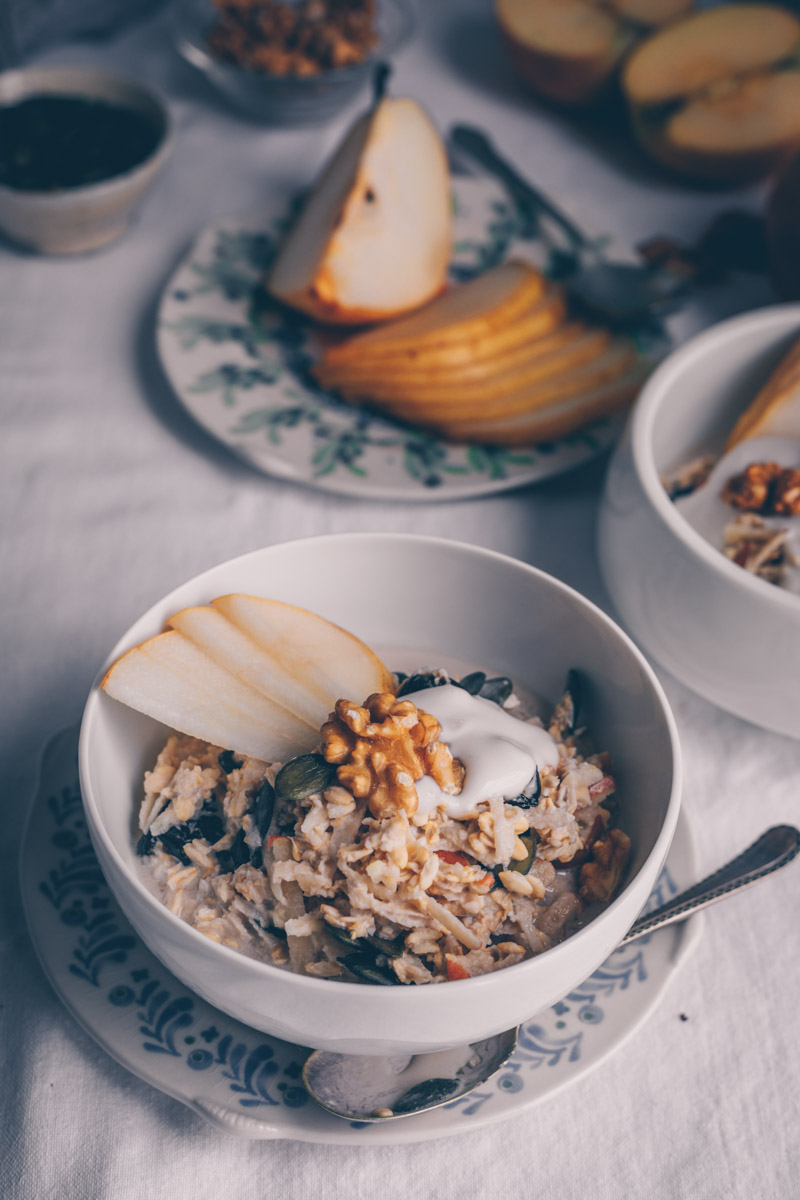 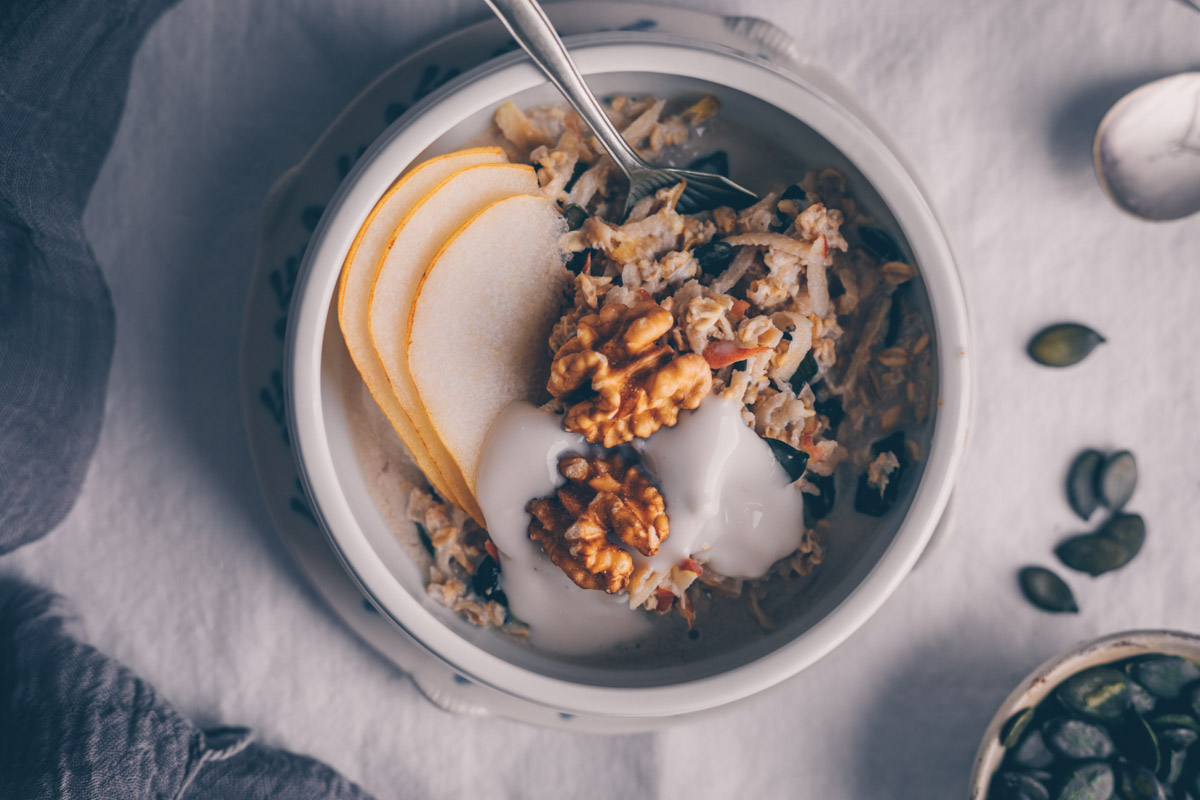 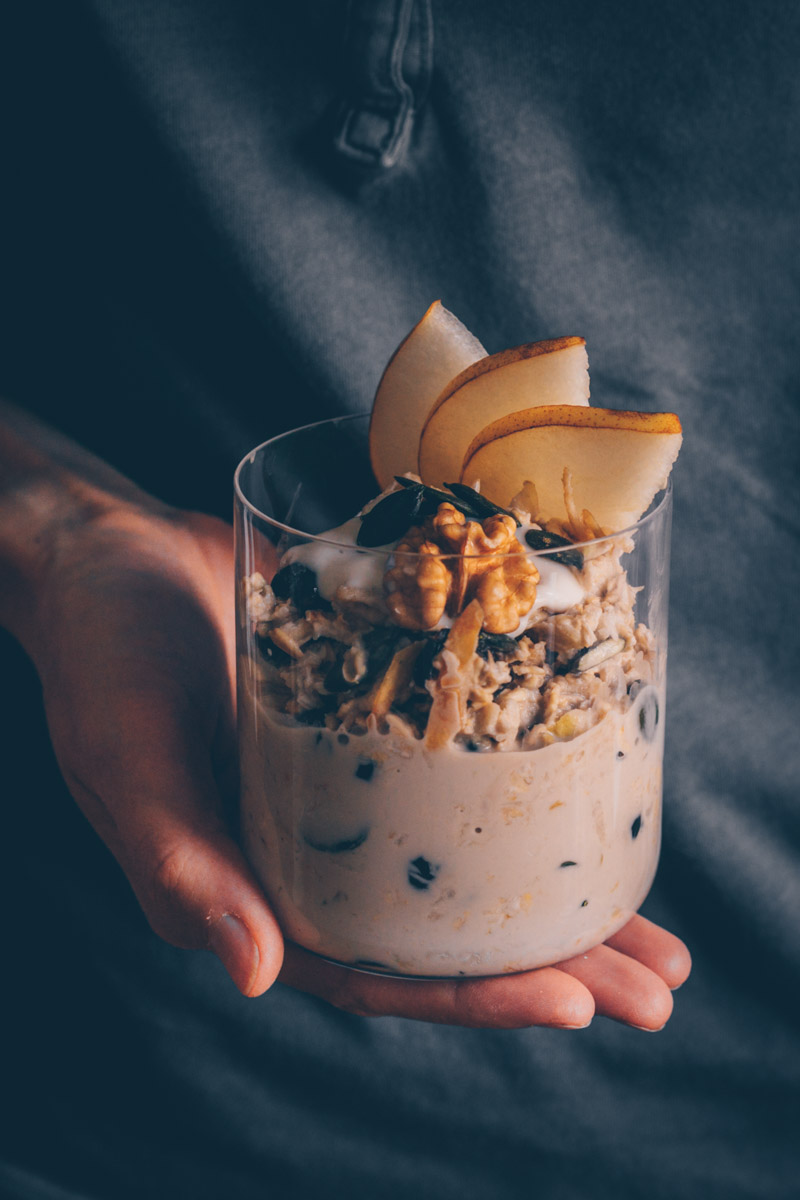 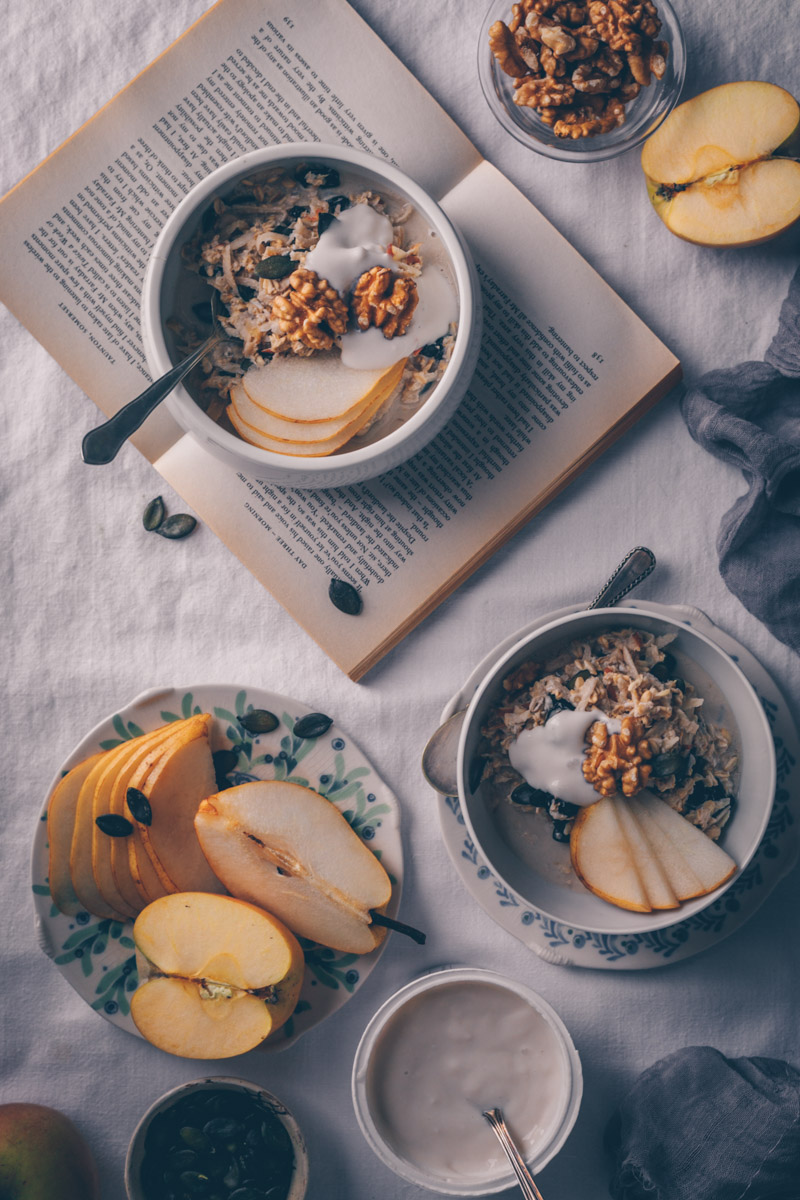 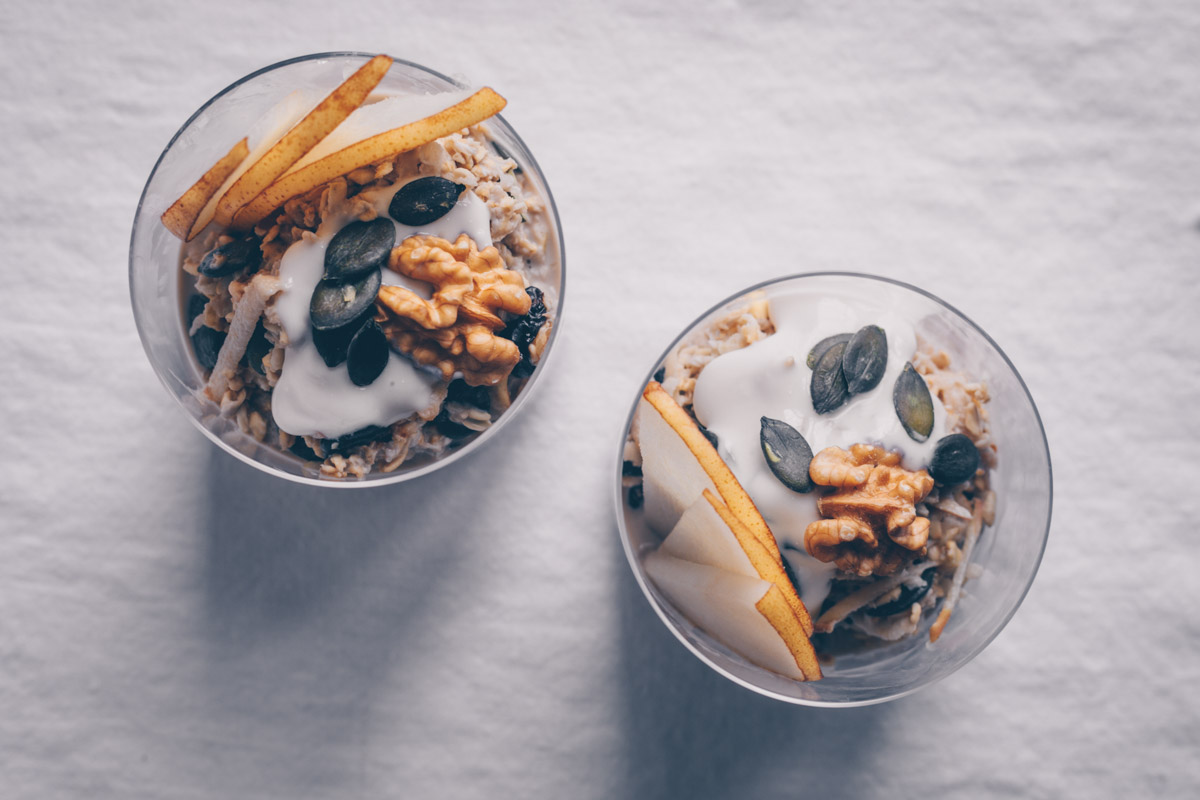 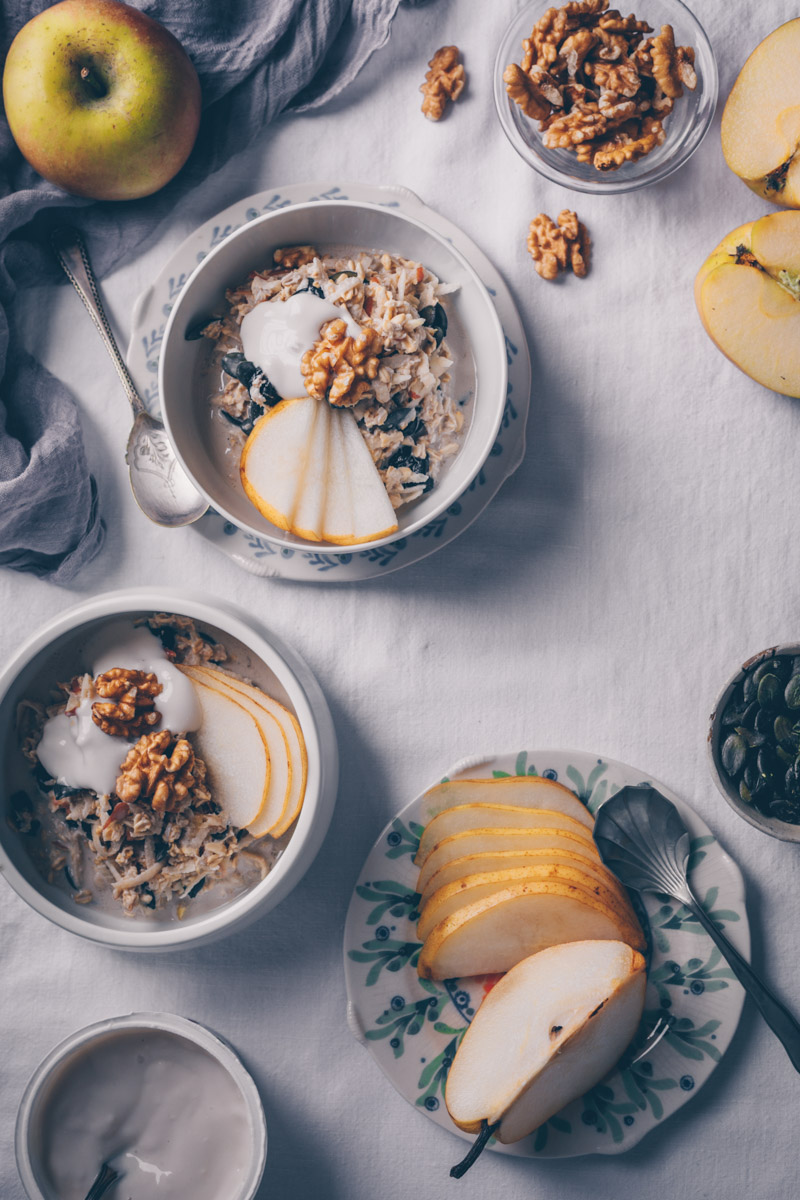