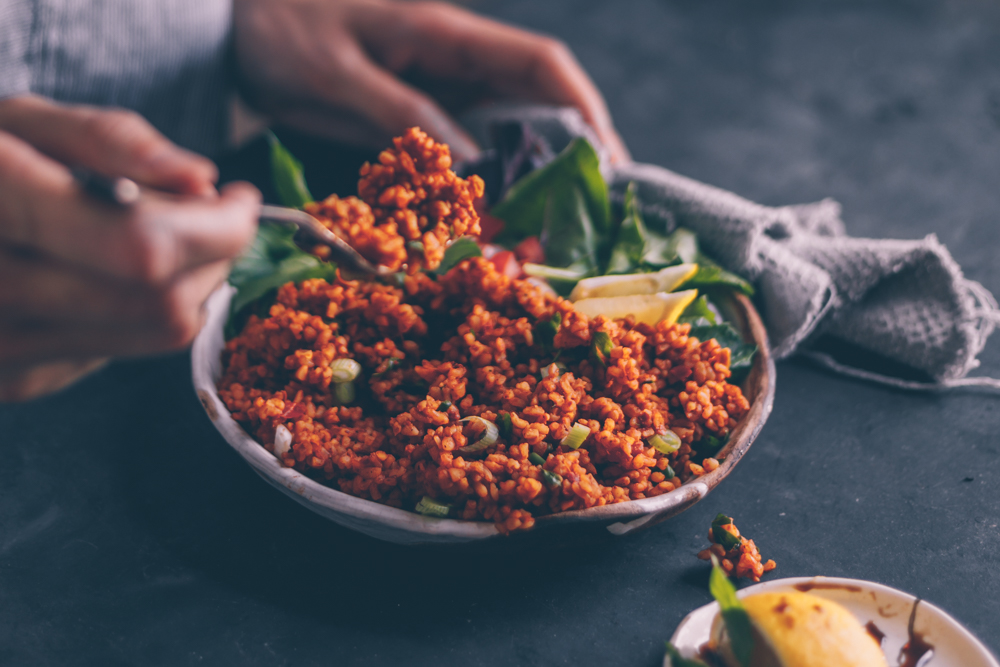 It’s July and summer is finally taking over Istanbul. It’s been a cold and long winter and an even unhappier spring – weather-wise. My cats started to shed fur only now. I mean that’s a clear sign that it’s been way to cold the past few weeks to get rid of their winter coziness. Okay, now they are probably suffering a little bit because temperatures have gone up straight to over 30 °C /85 °F. But they seem to enjoy the sun. I myself am a much happier person too when it’s sunny outside. After having lived in Hong Kong and Cairo where there are more sunny days than in Europe, I got really used to it. In Egypt we only had 3-5 rain days a year. Fair enough, at one point I really missed those rainy cozy days. But missing bad weather didn’t feel as miserable as missing sunny weather.

By now, the weather has become an important factor on our location choices. Before it was mostly about which country sounded the most adventures. We’ll be moving to a different country sooner or later and after having experienced such an unexpected long winter in Istanbul, weather will be one of the deciding factors. So whenever we talked about Scandinavia the discussion went like the following: “Stockholm would be nice.” – “Yes, the quality of life and the food scene is amazing.” – “Your right but the winter is horrible” – “Yes the winter will be long and dark” – “Maybe Stockholm won’t be a good fit for us” – “Maybe not.” – “Italy would be great though.” – “Yes Italy would be fantastic or Spain.”. 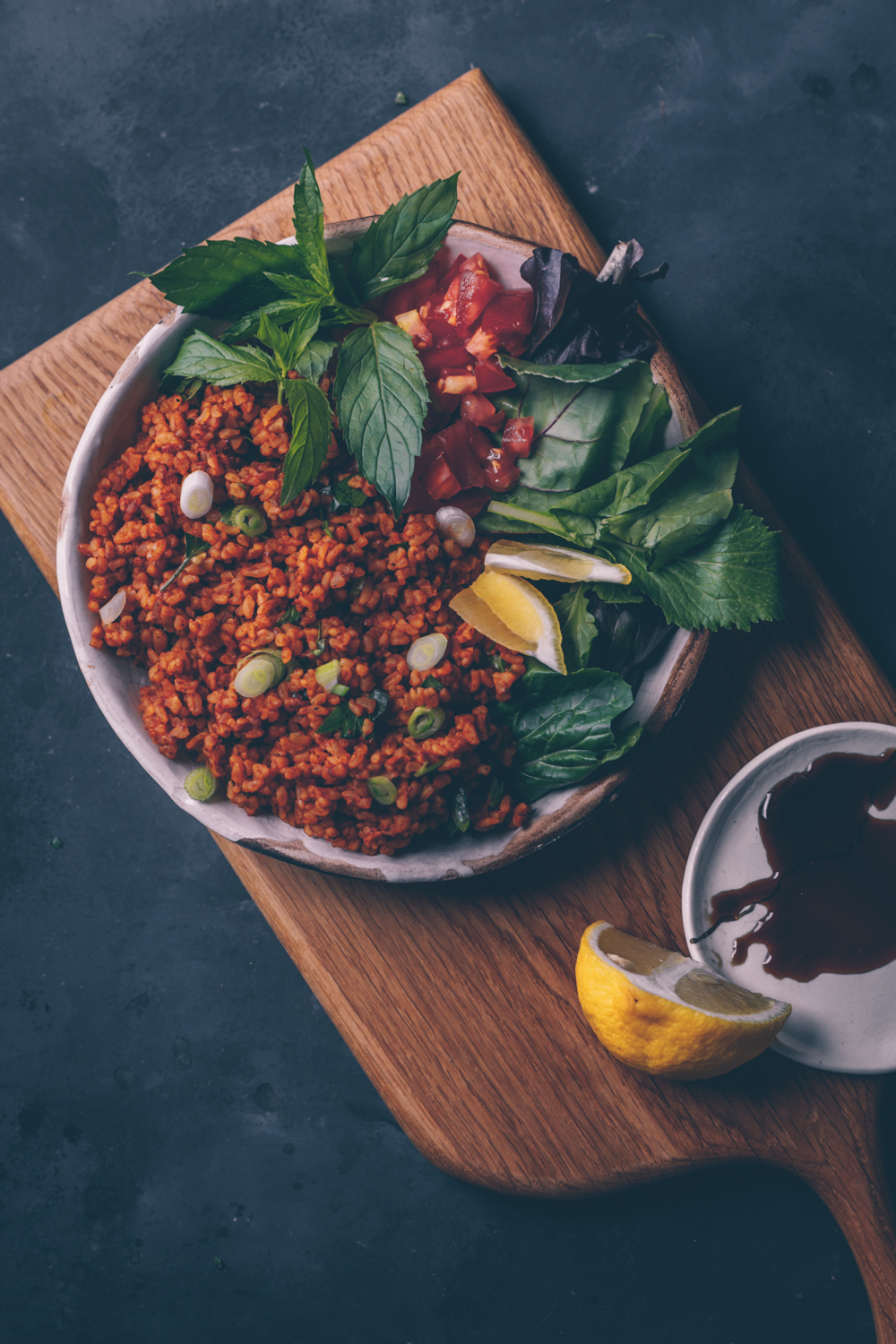 I don’t make this up but whenever we talk about moving to a Northern or Western European city, even places like Amsterdam or London, we rule it out because….yes, you guessed it right…because of the weather. So even though that summer in Turkey can be brutally hot, it’s the season I love the most in Istanbul. I also love the kind of weather because my body is craving lots of smoothies and fresh salads. In winter I tend to overeat a little on porridge and carbohydrates. I really don’t mind it diet-wise because I don’t do diets and I’ve never been on one. But my energy level goes down when I have to much bread and oats. So in summer I feel much more energized. One factor is the sun, another the food.

Having said that sometimes I also need something hearty and cooked in between all the raw salads and smoothies. The Turkish cuisine is known for a lot of wonderful vegan and vegetarian mezze (appetizers) that go very well with hot summer days. Because many of the small dishes in Turkey are actually served cold. 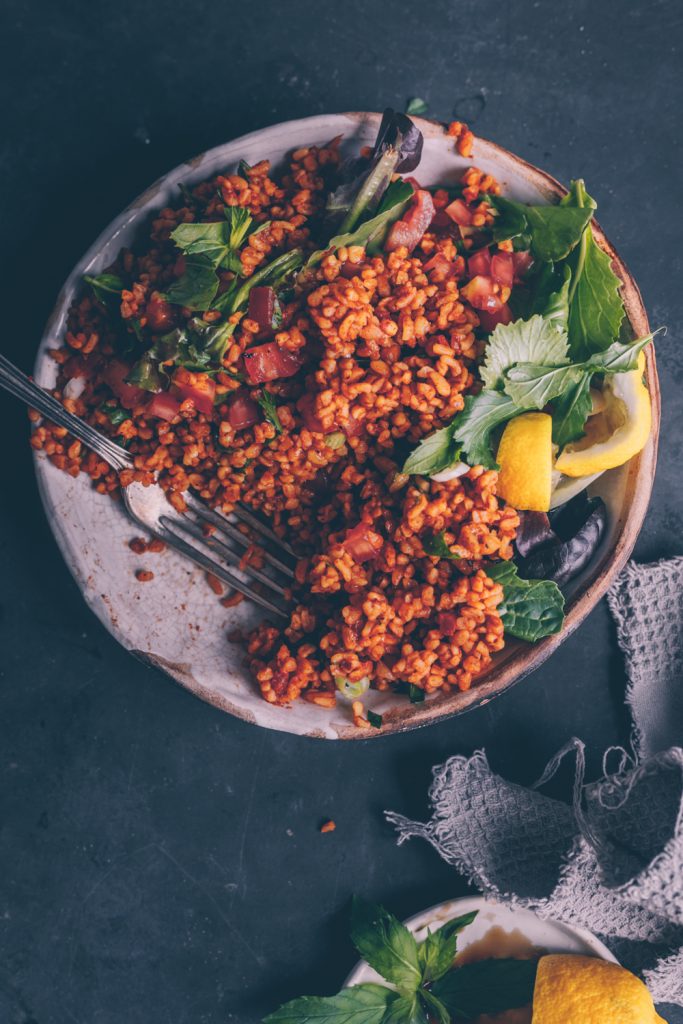 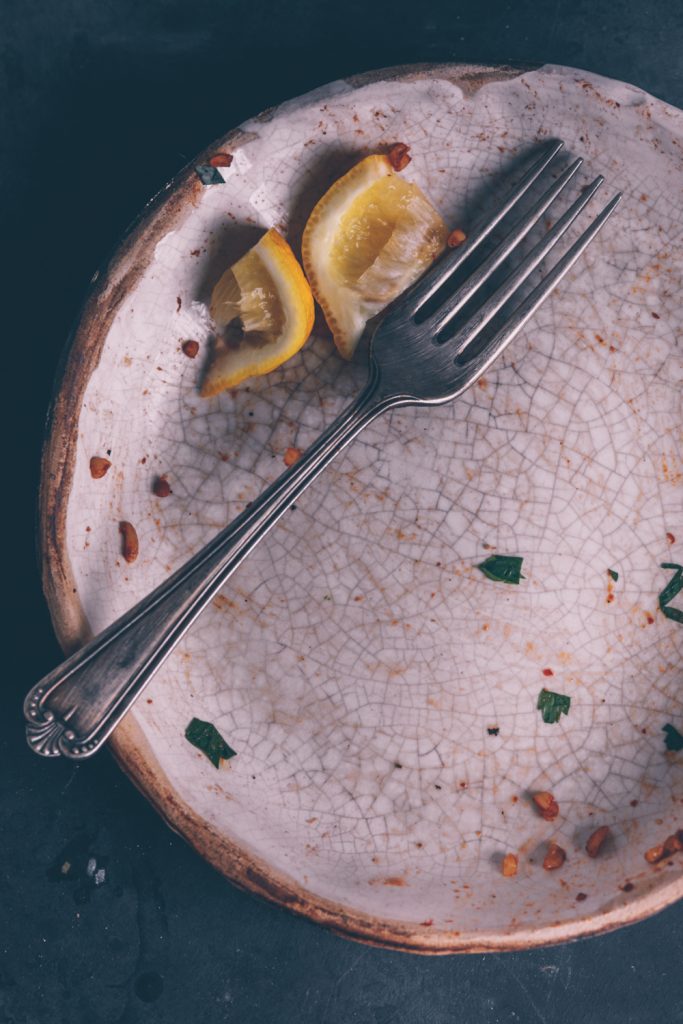 Just like this Turkish Kisir, a slightly spicy and tangy bulgur salad. It’s one of these Turkish recipes that I can’t get enough of. The bulgur is tender and not mushy, the added spring onion and tomatoes gives the whole dish a little crunch and the flavour are just very Turkish with a hint of cumin, red chilli, parsley and mint. I love to serve my version of Kisir with a green salad and pomegranate seeds. Unfortunately, there is no pomegranate season at the moment but this Turkish recipe is a winner either way. I adapted the recipe from one of my favorite chefs, Yotam Ottolenghi, who is an expert in Middle Eastern cuisine. Another favorite part of this recipe is the pomegranate molasses. It’s a very common Turkish ingredient and mostly used as in salad dressing. It has a tangy and only slightly sweet taste. If you can’t find it in your local supermarket, either visit a Middle Eastern shop or substitute it with extra lemon and maple syrup. 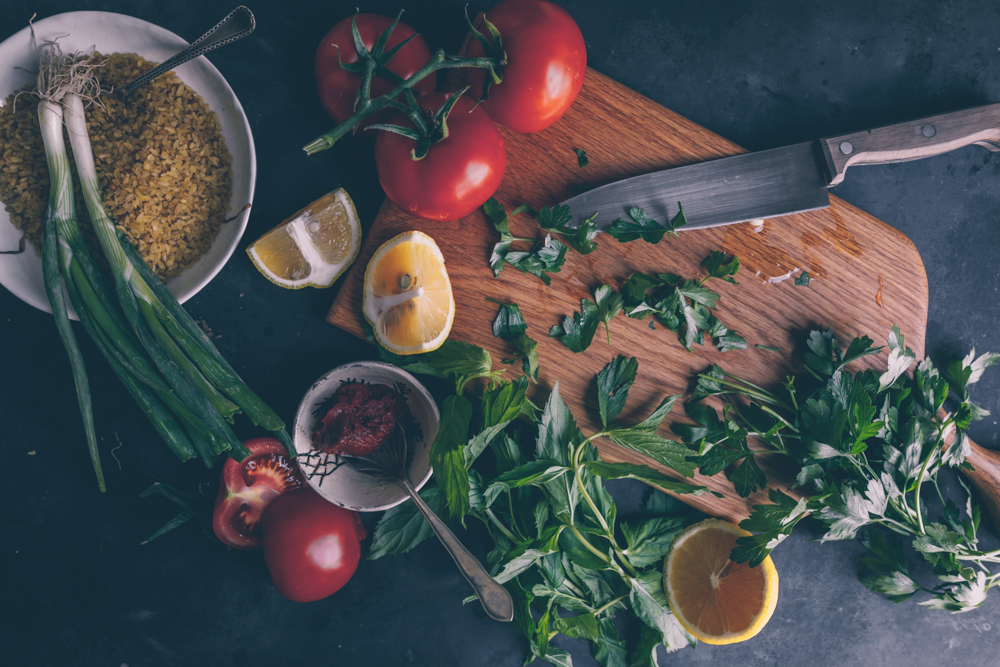 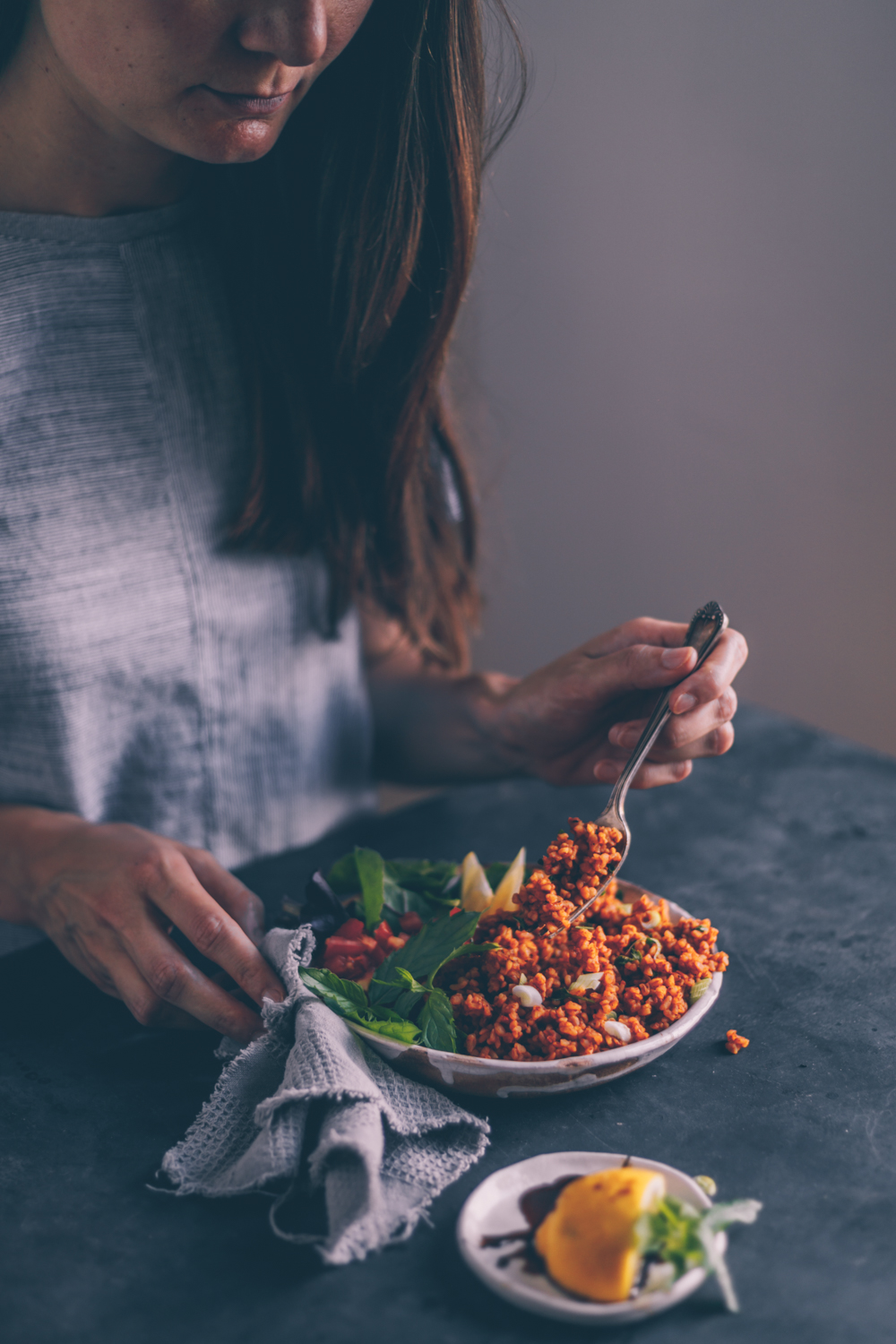 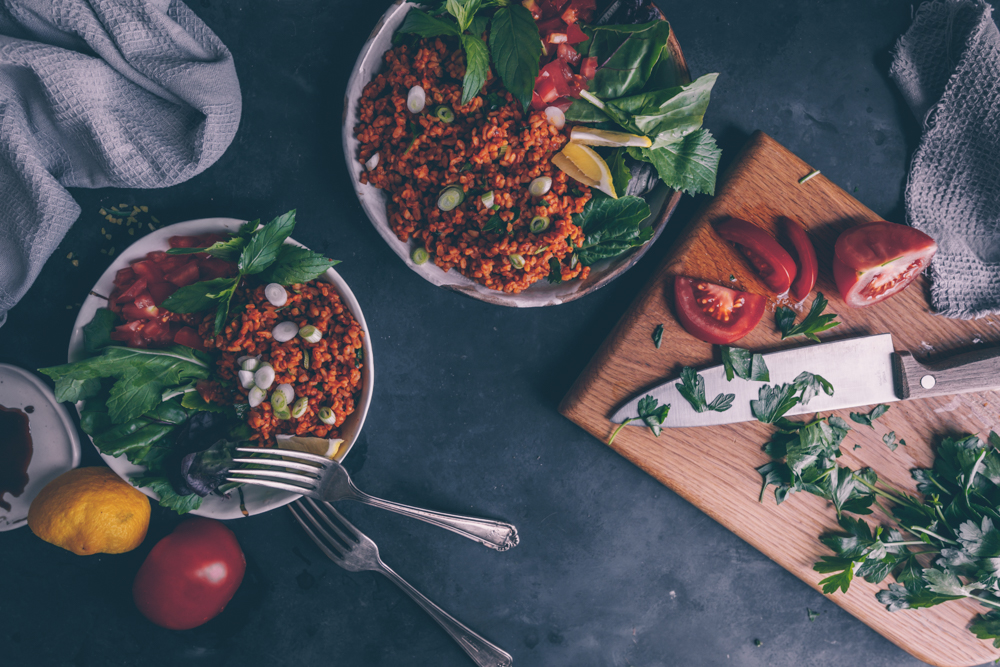 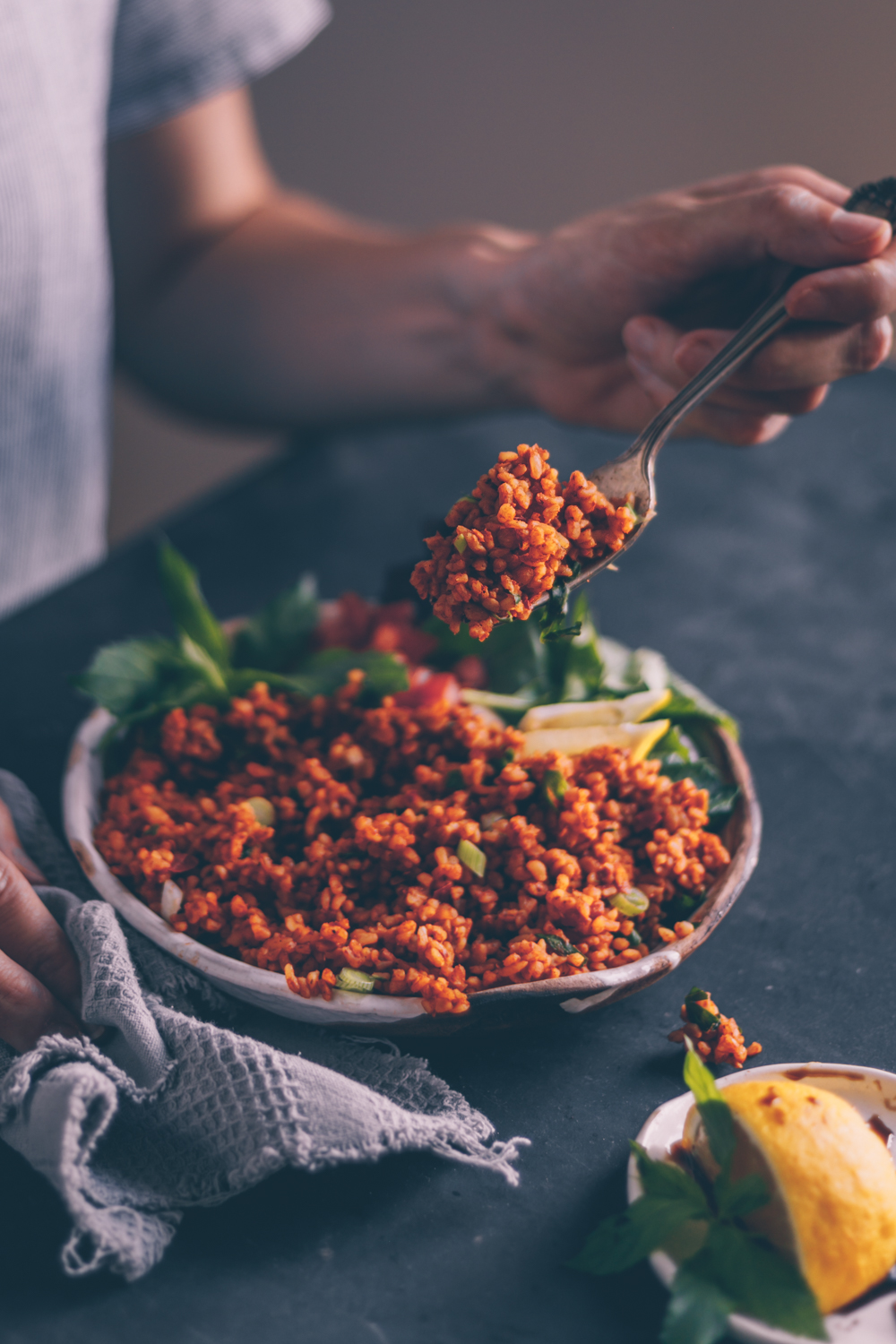